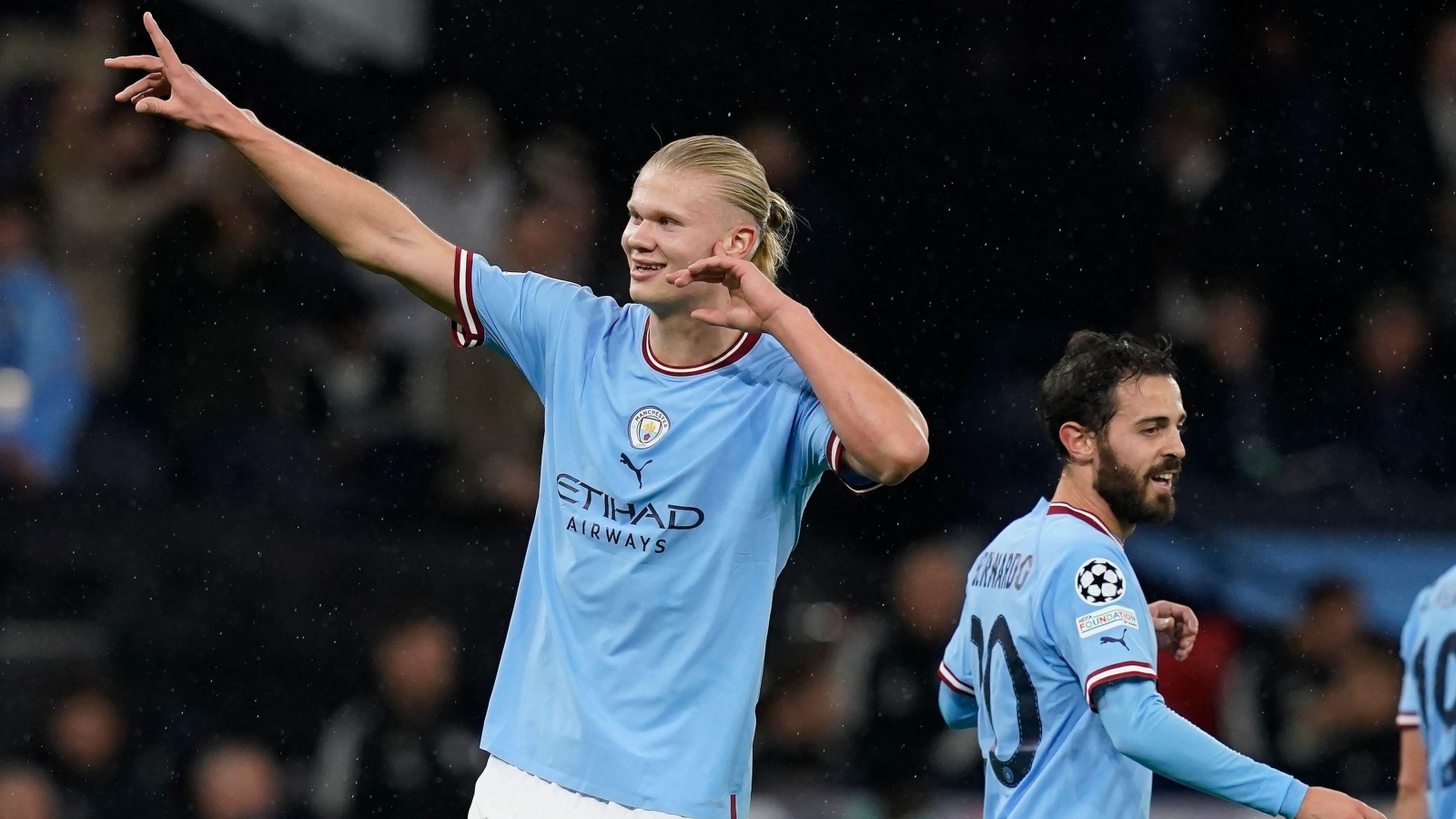 Erling Haaland was on target twice as Man City picked up a convincing 5-0 victory against Copenhagen in the Champions League.

Riyad Mahrez and Julian Alvarez joined him on the scoresheet as City, who also benefited from an own goal, moved closer to the last 16 by maintaining their 100 per cent record in the competition.

Manager Pep Guardiola rested Kevin De Bruyne and Phil Foden but the Danish champions were not spared the threat of Haaland.

His double took his goal tally for City to 19 in 12 just appearances and his career Champions League record to 28 in 22.

After his stunning hat-trick against Manchester United on Sunday, the visitors must have known they faced a tough task to keep him quiet.

So it proved as they managed it for just seven minutes.

Haaland did not get a kick in those opening exchanges, despite City’s dominance of possession, but that hardly mattered because when his much-anticipated first touch finally came, he made it count with ruthless efficiency.

Joao Cancelo was the provider and, as is becoming the norm, Haaland was in the perfect position inside the box to sweep home from the full-back’s pass.

Copenhagen had travelled to England with four goalkeepers and coach Jacob Neestrup had been reluctant to reveal before the match which would play.

It was the former Liverpool and Huddersfield keeper Kamil Grabara who got the nod and, as City went on to pepper his goal, it seemed he had drawn the short straw.

Yet the Pole, who wearing a facemask, acquitted himself well with good saves to deny Ilkay Gundogan, Haaland and Jack Grealish twice. Bernardo Silva also thumped a shot against the post.

Grabara then kept out a powerful volley from Sergio Gomez but he could do little to prevent Haaland pouncing on the rebound to double the lead after 32 minutes.

He was then beaten again soon after when another Gomez shot took two deflections and rebounded in off defender David Khocholava. Silva lifted another good chance over the bar.

Copenhagen were given some respite when Haaland was substituted at half-time but his replacement Cole Palmer immediately tested Grabara.

City claimed their fourth after 55 minutes after Marko Stamenic tangled with Aymeric Laporte in the area and Riyad Mahrez clipped home his first goal of the season from the penalty spot.

Alvarez then went close when he hit the post from a tight angle but he made no mistake when he turned in Mahrez’s pass to make it 5-0 14 minutes from time.

Copenhagen’s Paul Mukairu had a half-chance after getting behind the City defence but Grealish sent another effort wide and Gomez stung Grabara’s hands with the last kick of the game.