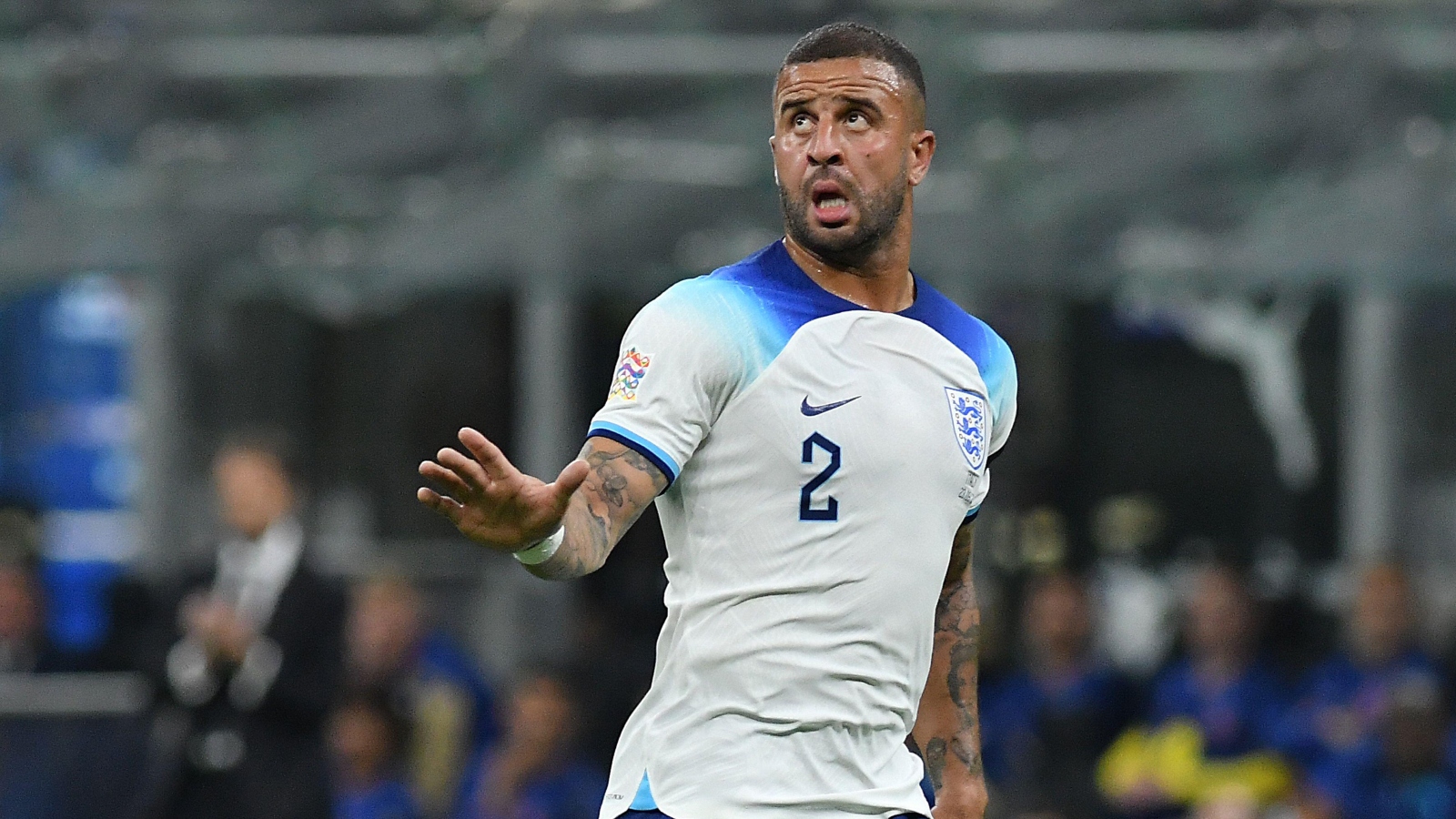 Man City right-back Kyle Walker could miss this winter’s World Cup for England after picking up an abdominal injury in Sunday’s Manchester derby.

Walker missed City’s 5-0 Champions League win over FC Copenhagen on Wednesday and afterwards Pep Guardiola said he was unable to put a timespan on how long the 32-year-old will be out for, with only six weeks until the start of the World Cup.

“It’s something abdominal and he will be a while out,” Guardiola said. “I don’t know (how long). I cannot say anything else.

“Kyle will be out for a bit. We have to speak to the doctors. Hopefully he can get (back for the World Cup) like Kalvin (Phillips).

“I know how important the World Cup is for the players but honestly I don’t know right now.”

Joao Cancelo started at right-back for City on Wednesday with Sergio Gomez on the opposite flank, but in the second half Guardiola introduced two teenage full-backs – first the 17-year-old Rico Lewis at right-back, then Josh Wilson-Esbrand, 19, on the left.

Both impressed, earning applause from Guardiola on the sideline as Lewis made a vital block in to deny Paul Mukairu, while Wilson-Esbrand linked up well going forward.

“We need everybody involved,” Guardiola said. “Rico is just 17, but I know the problems we have right now. We don’t have many options at left-back and right-back.

“Rico showed me again today we can rely on him perfectly enough even though he is only 17.”

Walker was substituted in the first half against Man Utd on Sunday afternoon, with Sergio Gomez coming on to play on the left as Cancelo moved to his natural position in right-back.

As mentioned prior, the former Tottenham defender missed City’s convincing win against Copenhagen on Wednesday.

Erling Haaland was unsurprisingly on the scoresheet again, netting twice in the first half before being handed a rest by Guardiola.

Despite the fact he was unable to score a hat-trick for once, pundits were singing his praises following another ruthless performance in front of goal.

Owen Hargreaves believes the best team in England have got a whole lot better with the signing of Haaland, and he’s not wrong.

He said: “Manchester City have gone close and have just missed that final step [in the Champions League]. Erling Haaland in those moments when you need a goal will probably get it for you.

“The best team in the Premier League just got better with one of the best strikers in the world.”

Former England and Liverpool striker Peter Crouch added: “You could see players who were desperate to score. Those stats are ridiculous.

“We were all disappointed. It’s what we came for. We wanted Erling Haaland to get another hat-trick.

“Julian Alvarez would probably walk into most Premier League teams. He’s struggling to get in the City team at the moment but every time he plays he seems to assist or score.”