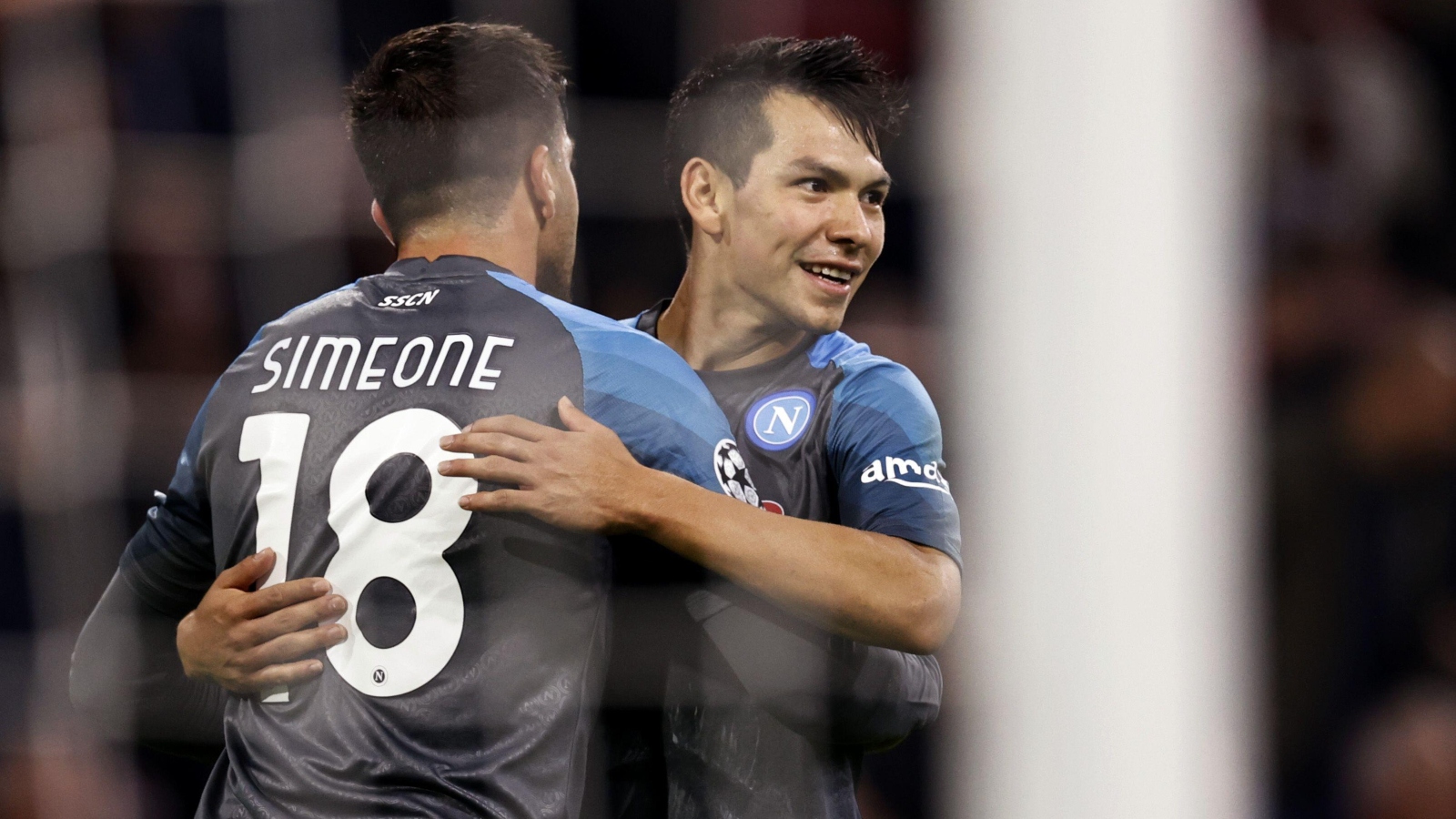 Hirving Lozano will leave Napoli next June to join Everton or Man Utd, according to the Mexican’s former agent, Alessandro Monfrecola.

Lozano has been in Naples since joining the Italian club from PSV three years ago for around £40million.

He penned a five-year deal, meaning his current contract is set to run out in 2024.

The 27-year-old has been linked with a move to the Premier League in the past, with Man Utd frequently mentioned.

It was reported by Fabrizio Romano recently that Lozano was “offered” to the Red Devils during the summer transfer window.

This summer was the most expensive window in the club’s history, with Erik ten Hag splashing out £216m in his first few months in charge.

A new right-winger in the form of Antony joined, and with Jadon Sancho already at the club, the addition of Lozano was never going to happen.

His former agent has said joining Man Utd could happen in the future, although the Mexican winger dreams of joining Real Madrid or Barcelona; much like 99 per cent of football players.

“Next June, Lozano will leave in my opinion, also because he earns over 4 million at Napoli,” Monfrecola told Gonfia la Rete.

“Although he is delighted to be here, he has never hidden that he aspired to the top English clubs, although now he is probably realising that Napoli itself is a top club.

“He has never hidden that he loves Barcelona and Real Madrid, but unless Ancelotti falls in love with him again, he has no market.

“I think he could land in Manchester United or Everton. This does not exclude that other English teams could enter the negotiation.

“My personal prediction is that he will leave in June, but he is very happy here.”

Napoli are on fire this term and are off the back of a whopping 6-1 win away to Ajax.

They are currently top of Serie A with six wins and two draws from their opening eight matches.

As well as an unbeaten domestic campaign so far, Luciano Spalletti’s side have won three out of three of their Champions League ties.

After his side’s demolition job in Amsterdam, he said club legend Diego Maradona would have been proud of the result and performance.

“When you go into a stadium like this, with that roar there, it’s not easy to immediately regain the conviction in pressing and recovering after going a goal down,” Spalletti told the press on Tuesday evening.

“It could have disturbed us a lot, but the team did the things they had to do. They never let themselves be influenced and won a great match.

“More than the result, it is beautiful as the performance shows us our qualities.

“[My players] are going really strong, they motivate each other and so everything becomes easier. They played really well even Maradona would have been proud tonight.”