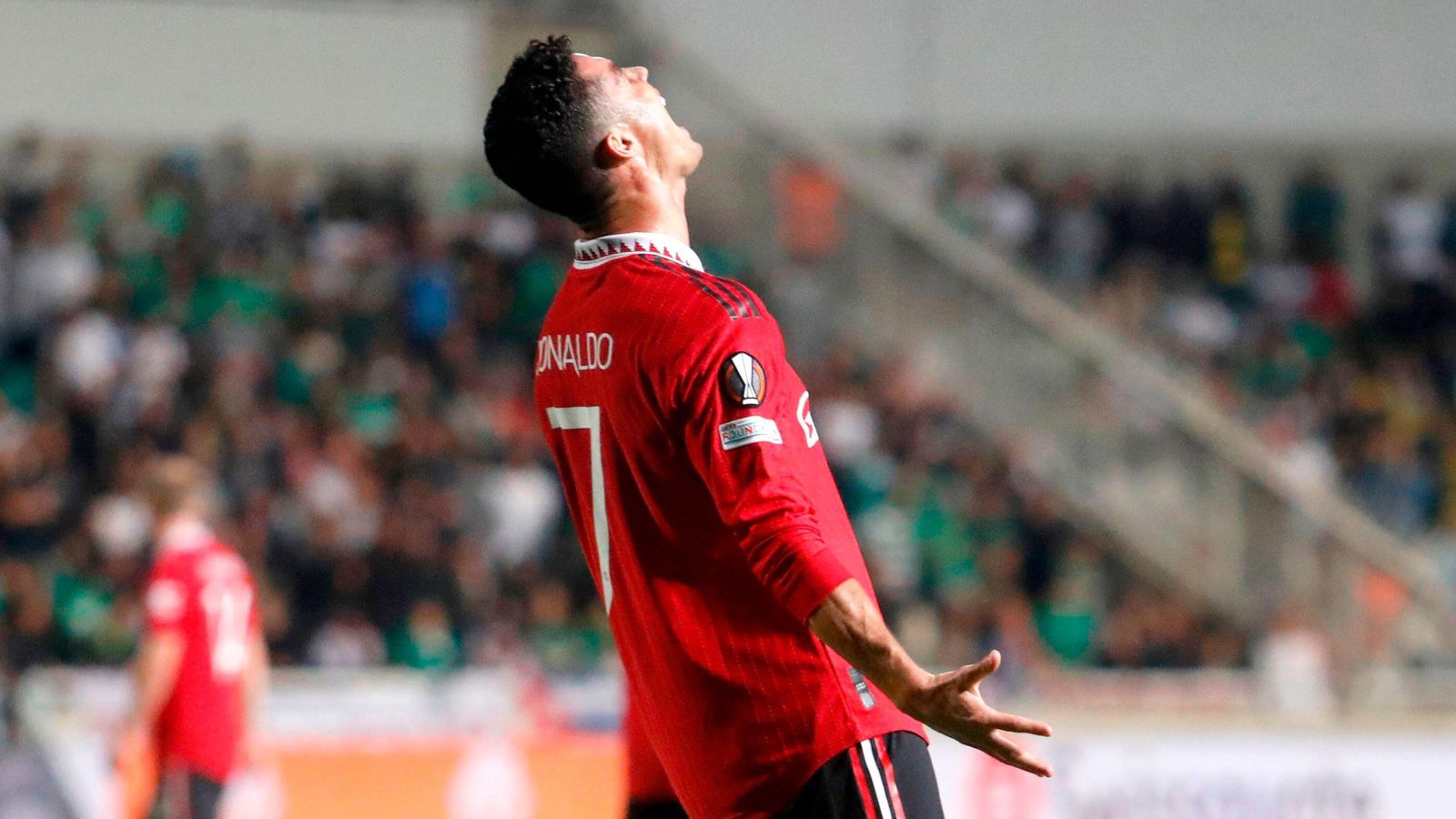 Man Utd are increasingly confident that Cristiano Ronaldo will remain at Old Trafford until next summer, according to reports.

The Portugal international made it clear to the Red Devils hierarchy in the last transfer window that he wanted to leave Old Trafford after Man Utd failed to qualify for the Champions League.

However, it didn’t work out how the Man Utd striker had expected with only an unnamed Saudi Arabian club making a concrete offer for his services.

It caused an unwanted distraction for Erik ten Hag at the start of his tenure with speculation that Ronaldo had become a negative presence at the club.

But following the closure of the transfer window a previous report stated that Ronaldo’s ‘attitude to training and games has been exemplary’ with the Portugal international getting his head round his situation.

Fresh reports have cast doubt on the Man Utd strikers participation beyond January but ESPN insist that the Red Devils are ‘confident’ he ‘will stay at the club in January mainly because of a lack of interest in him’.

He will look to leave in the winter transfer market if he can’t nail down a regular place in Ten Hag’s side with Ronaldo hoping to make the most of his final years at the top.

ESPN add that it ‘remains unclear how much of a market there would be for the 37-year-old in January’  despite rumours of Chelsea maintaining their interest despite the purchase of Pierre-Emerick Aubameyang.

‘Ten Hag is understanding of Ronaldo’s situation but would be reluctant to let him leave in January. The Dutchman has already been told it is highly unlikely there will be money to spend until next summer, reducing the possibility that a replacement could be found for the Portugal forward.’

Ronaldo has only started one Premier League match this season and was left on the bench for their 6-3 defeat to arch-rivals Man City on Sunday.

And Man Utd boss Ten Hag earlier this week that Ronaldo is “p*ssed off” when he doesn’t get on the pitch.

Ten Hag said: “He’s not happy that he didn’t play Sunday, don’t get me wrong, but the question was about his mood in training, where he’s happy. Of course, he wants to play and he’s p*ssed off when he’s not playing.

“It’s always about, you live by the day, you line up the strongest team you had, but there are differences and no one is the same in the team. I treat everyone with respect, but they have all different backgrounds, so I have to treat players to get the best out of them.

“When you are here, when you are happy, satisfied on the bench, this is not the club you have to be. Cristiano is really competitive, he is not happy when he is not playing, but I have to repeat, maybe you didn’t hear, he is training well, he is in a good mood, he is motivated and he gives his best and that is what we expect.”

READ MORE: The demise of Cristiano Ronaldo is getting harder to watch. Man Utd are nannying a GOAT