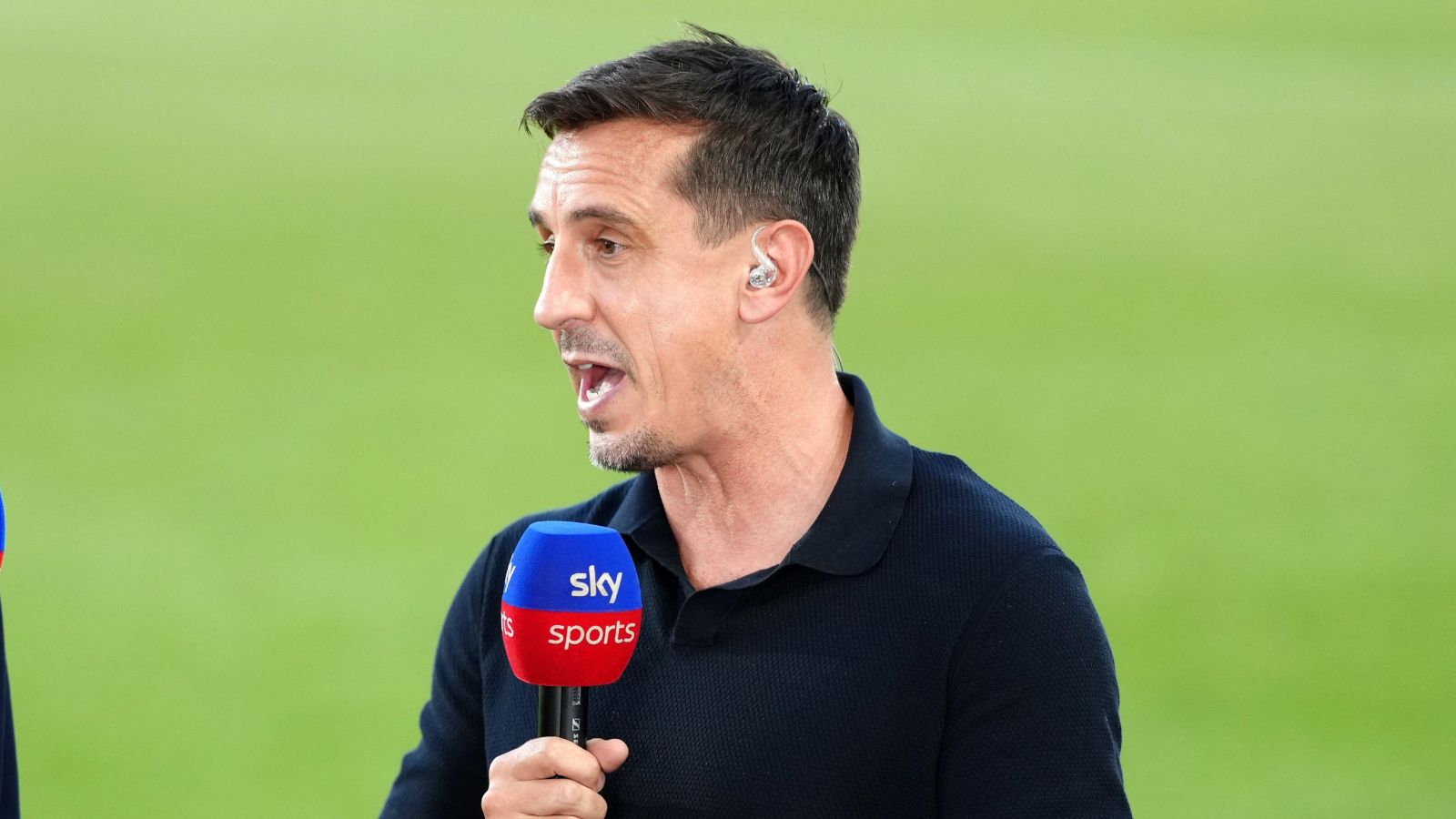 
Gary Neville thinks Erik ten Hag got one thing “wrong” as Man Utd drew 0-0 against Newcastle United at Old Trafford over the weekend.

The Red Devils have struggled to find consistency at the start of this campaign as they have five wins, one draw and three defeats in the Premier League.

Ten Hag’s side did win four games in a row in the league but that good form was undone when they were beaten 6-3 by Man City earlier this month.

Since then, Man Utd have beaten Everton and Omonia Nicosia by a single goal before they drew with Newcastle on Sunday.

United were far from their best against the Magpies as they only had two shots on target in the goalless draw.

Christian Eriksen joined Man Utd in the summer on a free transfer and he has arguably been their strongest performer this term.

The midfielder has been rested in recent games, though. He made a 20-minute cameo appearance against Omonia and he was left out of the squad completely against Newcastle.

Neville thinks Eriksen “connects and glues” Man Utd together and he is a “big player” for the club.

“It didn’t feel like a good performance from Manchester United,” he said on The Gary Neville podcast.

“Eriksen didn’t play in the parts I saw and it looked like they missed him.

“Fred, Casemiro and Fernandes I think when they’ve been doing well, apart from [Manchester] City, Eriksen has been a big player and when he doesn’t play you realise how big of a player he is, he connects and glues.

“He passes through the lines, he sees things, looks over his shoulder, scanning, you know that’s the case and it allows Fernandes and him – you don’t fall upon Fernandes, you’ve got two of them.

“I thought the balance was wrong in the midfield, it just felt it wasn’t quite the same fluidity we’ve seen with him in the team. Newcastle I thought were doing well.”

Neville also thinks that Newcastle should have been in front by the interval.

“I was impressed with their response to the City game at Goodison Park, I thought it was a really good response. But against the Cypriot team in midweek, it wasn’t great, scrappy but well done, they got a goal late on. Today wasn’t very good.

“I watched the first half and I thought set-pieces in particular Newcastle, I think Joelinton hit the post with a header then the bar.

“Newcastle definitely deserved something from that first half, to be in front, I didn’t see the entire second half because I was doing that piece on the pitch.”