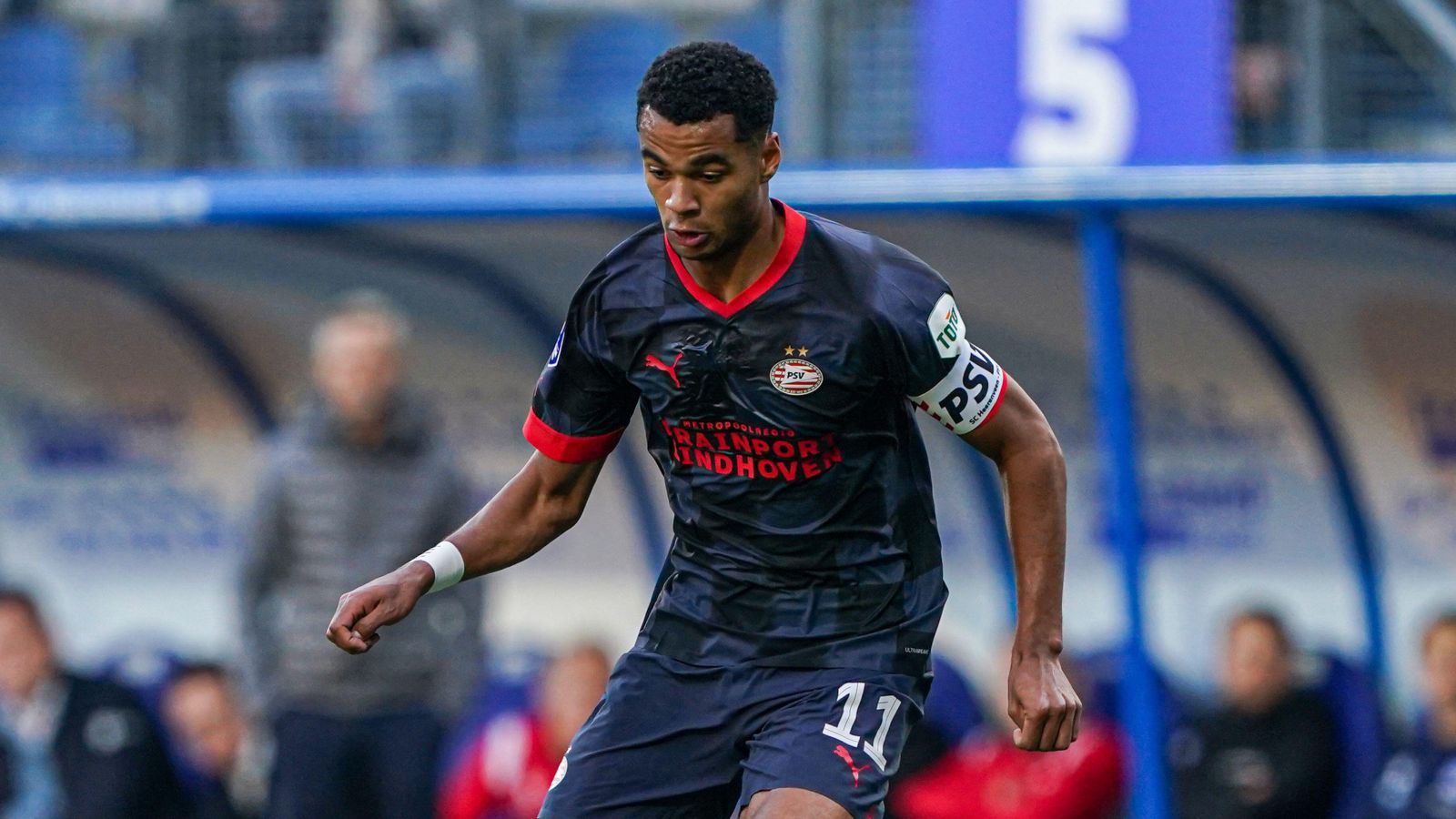 Gakpo was a player who was discussed a lot during the summer transfer window.

This is hardly a surprise as the winger grabbed 12 goals and 13 assists for PSV last season in the Dutch Eredivisie.

Man Utd were keen to sign a winger in the summer and they secured the services of Antony on deadline day. The fee for him is understood to be around £85m.

United considered Gakpo as a cheaper alternative for Antony, while Leeds United pushed hard to sign him in before the window closed.

Gakpo has since revealed that he was “waiting” for Man Utd all summer so it was likely disappointing for him when a move did not come to fruition.

The Dutchman has not let that get to him at the start of this campaign, though. He already has 23 goal involvements in 16 outings for PSV this term.

His start to the season has seemingly put Gakpo off a move to Leeds United, with Real Madrid now said to be in the mix.

Trusty journalist Ornstein has now confirmed that Gakpo was a “credible target” for Man Utd in the summer:

“It is interesting because it was not just a rumour, Cody Gakpo was a credible target for Manchester United,” Ornstein said on the Vibe with Five YouTube channel.

“They were weighing up whether to go for Antony, Gakpo, both of them… But they ended up spending more than they probably would have liked to on Antony and therefore Gakpo slipped off the agenda.”

Ornstein went onto suggest that Gakpo is “certainly a player to pay attention to” ahead of January:

“With the World Cup looming, his expectations have started to shift somewhat. Right now, he’s targeting a move to a Champions League club,” Ornstein continued.

“I’ve heard Real Madrid mentioned by sources with knowledge of his situation. And we know of Man Utd’s prior interest.

“I don’t know if that is going to continue in January and beyond now that United have Antony, then with Marcus Rashford and Anthony Martial playing well. Jadon Sancho in the mix as well.

“So I will have to do more work on that. But this is certainly a player to pay attention to as this transfer window approaches.

“PSV need to raise money and he is the obvious solution to that. Even though he signed a new contract, I think there was an understanding that if the right offer arrives then they would not stand in his way.

“What this will hinge on is the World Cup largely. If he performs well, his expectations are only going to climb.

“If he doesn’t or if the Netherlands don’t do so well, maybe the market is not as spectacular as he might have expected, and then someone like Leeds could come back into the equation.

“Leeds definitely retain the interest in him, even though they have been informed that he is not going to join them as we speak now.

“In terms of Manchester United, I don’t have any firm information on that but certainly their pursuit of him and the consideration they gave to him was real.

“And that makes you think that he is always going to be relatively high in their thinking.”