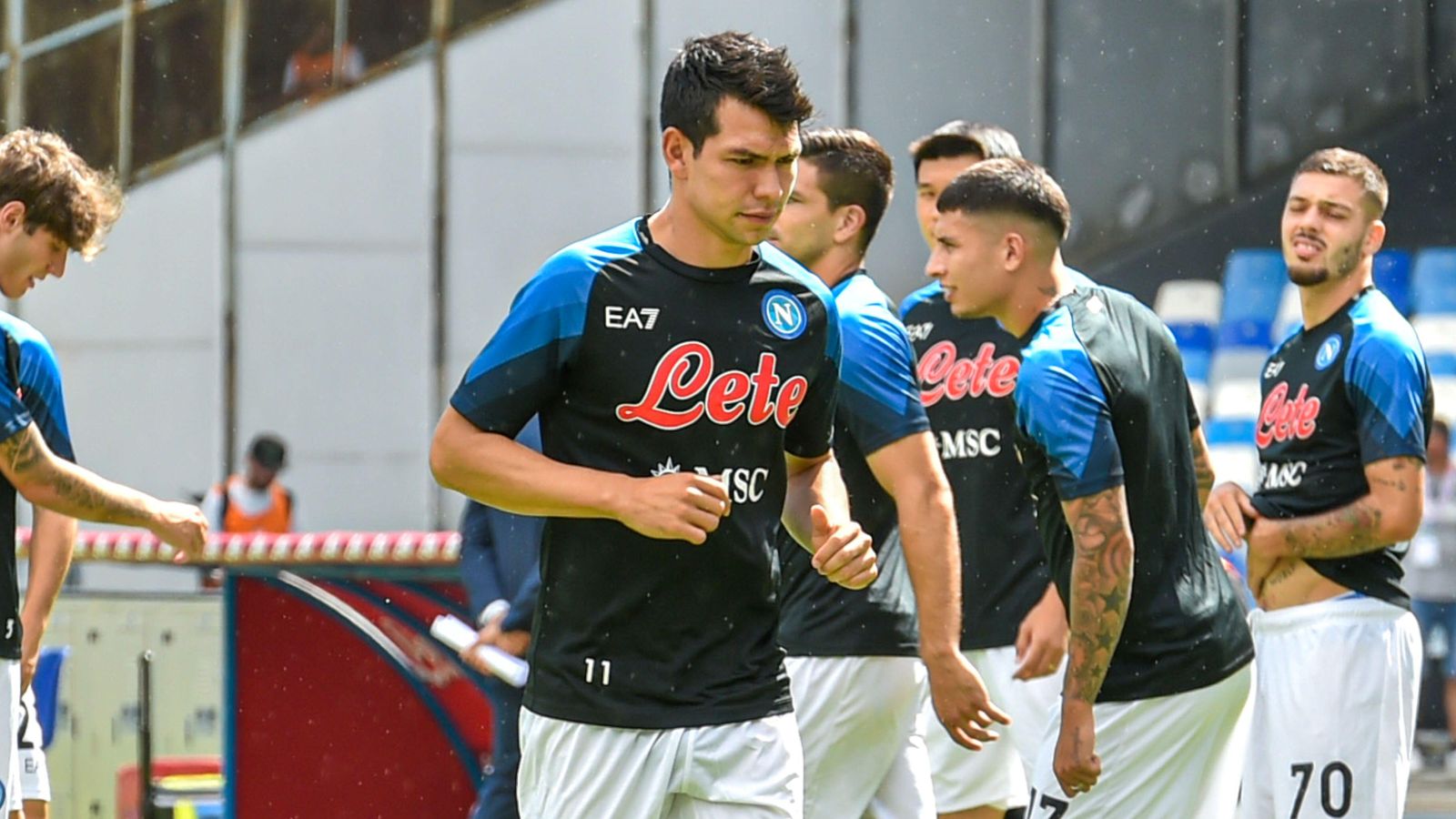 Fabrizio Romano is reporting that Man Utd were ‘offered’ Hirving Lozano during the summer but he notes that a deal is not close to being completed.

United were rushed off their feet towards the end of the summer transfer window as they looked to seal deals for their main targets.

Rival clubs clearly sensed an opportunity to get some cash from Man Utd as up to 15 players were offered to them in a single week.

Lozano was said to be among them. The ex-PSV star has been with Serie A side Napoli since 2019.

Around £40m was spent by Napoli to sign him but his long-term future is in doubt as he is out of contract in 2024.

The player’s former agent – Alessandro Monfrecola – believes he will join Everton or Man Utd next summer.

Romano is not so sure as “the situation is really quiet” at the moment as Lozano is “happy at Napoli”:

“Hirving Lozano has been linked with Manchester United recently, but it’s important to clarify that it is the player’s former agent who has given quotes to the press about a potential move to Old Trafford,” Romano wrote for Caught Offside.

“From what I’m told, he was offered to Manchester United, nothing else. They never made any bid to Napoli.

“The situation is really quiet, he’s happy at Napoli now; I think his price tag could be around €20-25m.”

Meanwhile, Man Utd may have a battle on their hands to keep Diogo Dalot. The right-back has been one of their standout players this term.

The defender is out of contract in 2023 but United do have an option to automatically extend his deal by a further year.

Last week, it was claimed that Barcelona are in talks over the signing and Man Utd are ‘asking for €25m’.

Romano has discussed Barcelona’s interest in Dalot and he has suggested that Youri Tielemans “would be a fantastic signing” for the La Liga giants.

The Leicester City midfielder is out of contract next year and he has been linked with Arsenal and Man Utd.

Romano continued: “Barcelona director Mateu Alemany confirmed yesterday the plan to target more free agents in 2023: ‘We’ve to focus more and more on the market of players who are free. This year we have done it with Kessie, Christensen, Marcos Alonso and Bellerin, with many more to come.’

“For now, it’s too early to say precisely who they could go after, all sources told me nothing is advanced yet.

“For sure, Diogo Dalot is one of the players they’re monitoring, but Manchester United have the option to extend his contract by another year.

“I think there will be many interesting opportunities out there; Youri Tielemans, for example, is not signing a new contract at Leicester and would be a fantastic signing.

“In my opinion, he’s really underrated, but let’s see where he ends up.”