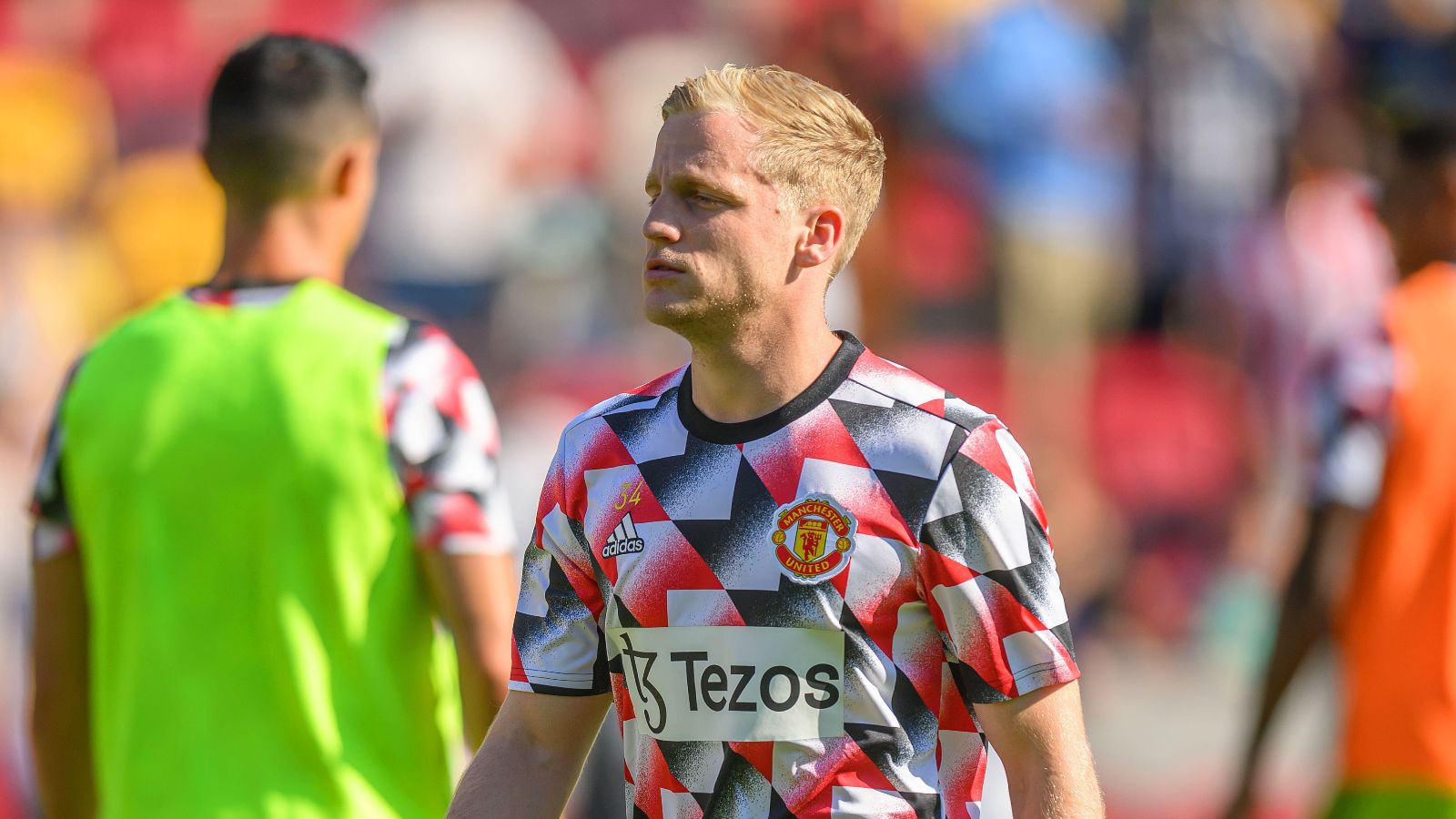 Van de Beek’s move to United has gone terribly. He joined them from Ajax in 2020 for a fee that could rise to around £40m with add-ons.

The 25-year-old was restricted to being a bit-part player during his debut season and this continued during the 2021/22 campaign.

The Dutchman spent the end of last term on loan at Everton but no doubt to his frustration, this spell was hampered by injury.

Many expected Van de Beek to be a key player for United this season, with him reuniting with former Ajax manager Erik ten Hag.

This has not been the case, though. Up to now, he has only made three substitute appearances in the Premier League in 2022/23.

Last week it was claimed by The Daily Express that Van de Beek is ‘surplus to requirements’ at Old Trafford.

Now Jeunes Footeux are reporting that Leicester City are considering a move for the centre-midfielder.

The Foxes are said to be ‘attentive to his situation’ at United. It is claimed that a move for him would be a ‘loan with a purchase option subject to conditions’.

The eventual fee for Van de Beek would be £13m and this is currently being ‘studied’ by Leicester. He is still under contract at Man Utd until 2025.

The report states that Leicester consider Van de Beek to be a suitable signing ahead of Tielemans’ inevitable departure in January or next summer.

The Belgium international is out of contract in 2023 and he has been linked with several clubs in recent months.

It was claimed that Liverpool were interested in him but this has been refuted by Fabrizio Romano:

“It’s not too surprising to see even more speculation about Youri Tielemans,” Romano wrote for Caught Offside.

“He made headlines throughout the summer due to being in the final year of his contract, and now some reports are linking the likes of Liverpool, Real Madrid and Juventus with the Belgian.

“However, it is just speculation as far as I understand – at the moment there are still no concrete updates for Youri Tielemans.

“For sure, he’s not extending his contract with Leicester, but at the moment there are no advanced talks with any club, it will start during or after the World Cup.”

He was rated at £25-30m in the summer but clubs opted against making a move for him before his price drops.

Arsenal are understood to be admirers of him and Man Utd are said to consider him to be the ‘chosen one’ as they look to strengthen their midfield.