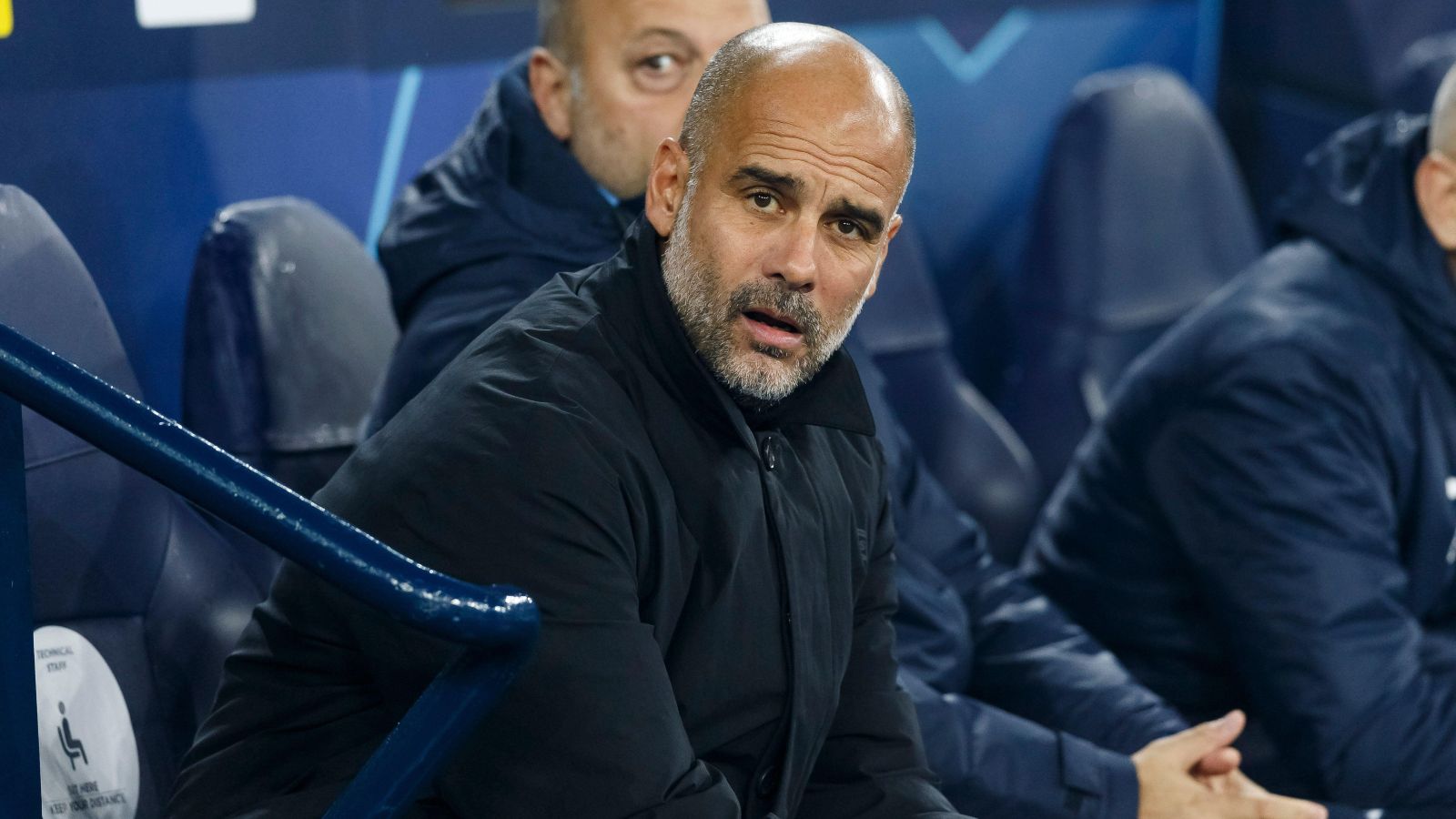 The Spaniard won the Champions League twice as manager of Barcelona but he hasn’t lifted the trophy since 2011, despite getting to the final in 2021.

He is out of contract at the Etihad Stadium at the end of the season with some concerns that it could be his final year at the club.

And Merson has explained why Man City fans should be worried if they win the Champions League this season with Guardiola’s contract situation still unresolved.

Merson wrote in his Daily Star column: “It sounds crazy after they put six past Manchester United but I don’t agree with the idea that Manchester City are untouchable and the best side on the planet.

“Don’t get me wrong, they’re incredible but I still think they’re beatable. If you are brave and get at them, you’ve got a chance. There’s an Achilles’ heel at the back – Newcastle put three past them. If you come and sit back behind the ball there is only one result, although the way they pass it around is like a training session and when other Premier League sides do that, it’s robotic.

“City are hellbent on winning the Champions League and I truly believe there is no chance they can operate at this level without Pep Guardiola. His players are still essential and he needs them as much as they need him but he is the most important asset to the club.

“Pep couldn’t go to Rochdale, Accrington Stanley or Stevenage and play this style of football but when he leaves City, I think that’s it. They won’t be the same side, so they have to make the most of it. It’s a bit like Sir Alex Ferguson at Manchester United and Arsene Wenger at Arsenal. You don’t realise how good they are until they’re gone because they make it look easy.

“That’s why if I was a Man City fan and they win the Champions League this season before his contract situation is resolved, I would be deeply concerned. That’s the one for Pep, having not won it since 2011 with Barcelona. What is left to do if City win it? It’s mission accomplished.

“Erling Haaland will obviously be key to that. People talk about his finishing and speed but his movement is unbelievable at the highest level. I’ve not seen anything like it since the days of Marco van Basten and Romario. Much like Ruud van Nistelrooy, there’s no interest in link-up play. It’s purely about goals.

“He’s on course for a mammoth goal haul but City would rather he gets 20 in the Premier League and they win the Champions League. Scoring 40 in the Prem is almost meaningless if that’s all they win this season. Haaland could have the longevity to go the distance though given he’s not even going to the World Cup.”

READ MORE: Haaland and Man City feature heavily in Premier League records that will be broken