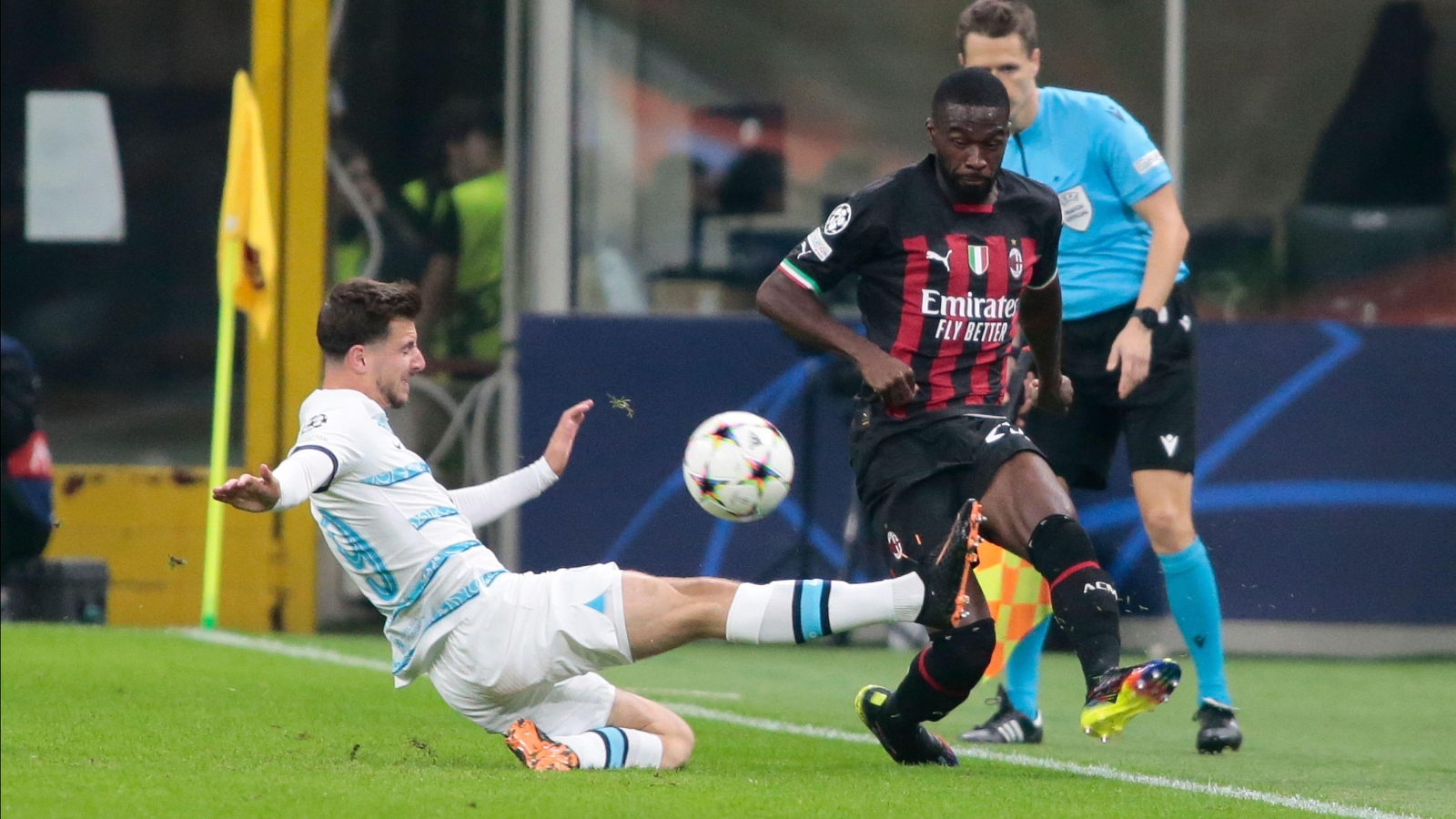 Chelsea midfielder Mason Mount has admitted he was surprised to see his “mate” Fikayo Tomori sent off for AC Milan on Tuesday night.

The England centre-back saw red for tugging back Mount in the area, with Jorginho converting the penalty.

Mount revealed his sympathy for close friend Tomori, with the Chelsea midfielder believing the red card was harsh.

“He’s obviously my mate, I’ve known Fik for a very long time and I felt for him in that situation, I was gutted for him,” Mount told Chelsea’s official club website.

“I don’t think it was a sending-off. Was it a penalty? Maybe yes. I’m an honest player and I want to try to score a goal and he pulled me back a little bit, but I feel for him for that decision. It’s a tough one.

“I felt him trying to pull me back, but I was running to goal so I wasn’t going to go down and I felt like I could still have an opportunity to score.

“So I carried on going, didn’t score and then obviously the ref blew up and gave a pen straight away. I was probably a bit surprised at the time because I’ve still gone through and had a shot.

“It was hard to see him get sent off.

“You still want to be playing 11 versus 11 and going at it with two good teams, so it maybe ruined the game a bit.

“It was massive for us and we obviously wanted to win the game, which we did, but I still feel for Fik a lot.”

Chelsea climbed to the top of Group E with a commanding result at an intimidating San Siro.

Pierre-Emerick Aubameyang fired his third goal in as many games for the Blues, who notched a fourth straight win in all competitions.

The Blues remain unbeaten under the former Brighton boss, with the home draw with RB Salzburg preceding the current fine string of wins.

Mount’s return to form has proved central to the Blues’ strong run, with Potter employing the England man in a midfield role, more central and slightly deeper than his job in Thomas Tuchel’s system.

The Portsmouth-born star set up Aubameyang’s goal as well as winning the penalty before being withdrawn at half-time after picking up a booking.

“I feel good. I’m enjoying it and we’re playing well and scoring goals, so that’s the most important thing,” said Mount.

“Hopefully next I get a goal because it’s been coming, but I just haven’t finished it off yet. But I’ll take the assists, setting them up for my team-mates and I’m very happy for them today.

“The manager has spoken to me about trying to get in the box and also connecting the midfield to the strikers and being able to move and be free and get assists and then get goals.

“It’s been happening for me over the last couple of games and I want more, I want to continue doing that and hopefully that will happen in the next few games too.”

READ NOW: Kylian Mbappe: The ridiculous statistics of the man who wants to leave Paris Saint-Germain