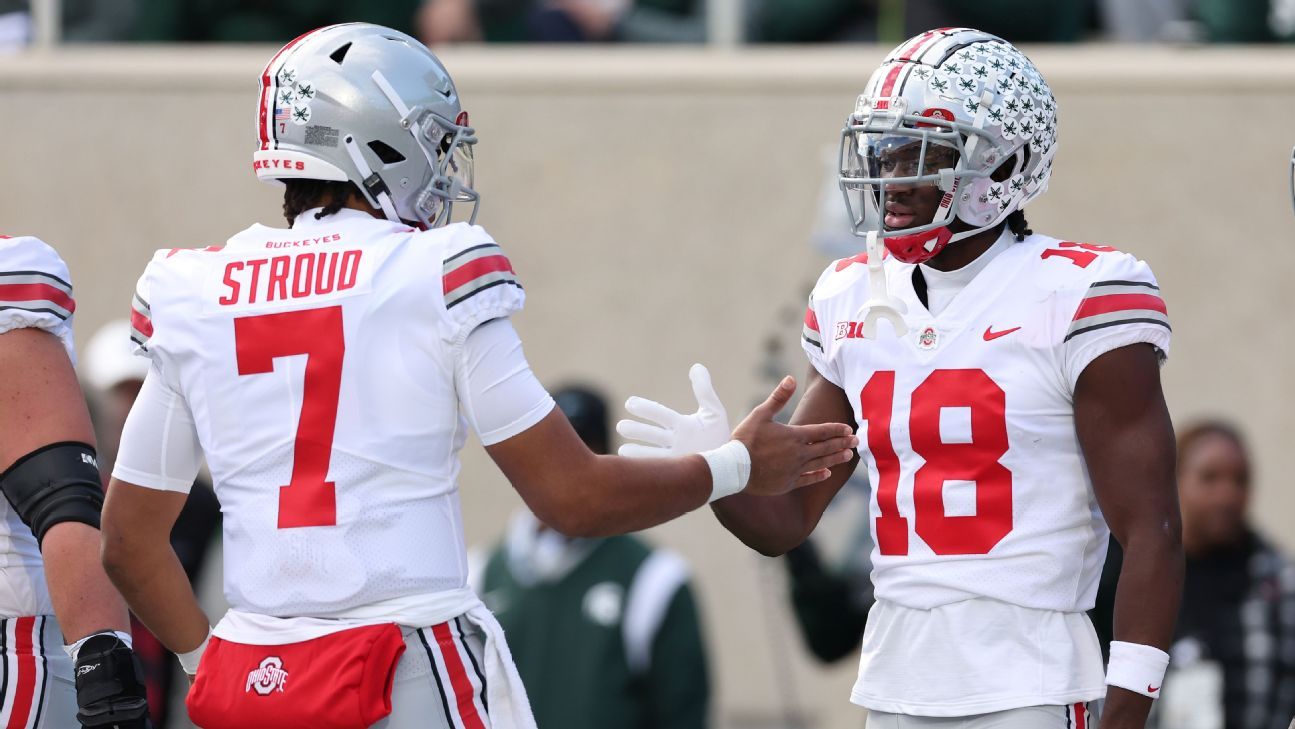 There’s a new favorite atop the odds to win the national championship at sportsbooks, and, for the first time in nearly two years, it doesn’t hail from the SEC.

Ohio State moved past Alabama and Georgia this week to become the consensus favorite to win the College Football Playoff. The Buckeyes are +200 at Caesars Sportsbook, followed by the Crimson Tide and Bulldogs each at +220.

It marks the first time since November 2020 that a team other than Alabama or Georgia has been the consensus favorite.

The Buckeyes, Bulldogs and Crimson Tide have been atop the national championship odds all season and account for nearly 60% of the money wagered on BetMGM’s odds to win the national championship. They are the only teams with single-digit title odds. Clemson is 12-1 and USC is 16-1, followed by Michigan at 20-1. Tennessee, which hosts Alabama this week, is at 40-1.

Ohio State got off to a slow start in an opening win over Notre Dame, but has responded with five consecutive blowout victories — albeit against mediocre competition. Since being held to 21 points by the Fighting Irish, the Buckeyes have averaged 54.4 points with an average margin of victory of 37.6.

Georgia and Alabama, meanwhile, have each had to survive close calls in games where they were heavily favored.

The Bulldogs had to come from behind in the fourth quarter to beat Missouri 26-22 on Oct. 1. The Crimson Tide, as a three-touchdown home favorite despite the absence of injured star quarterback Bryce Young, had to hold off a late rally from Texas A&M in a 24-20 victory this past Saturday.

“Besides that first game against Notre Dame, Ohio State has looked invincible,” Joey Feazel, lead college football trader at Caesars Sportsbook, said in a company release. “But I think really the move to get Ohio State to the top of the board was because Georgia and Alabama have shown hints of being beatable.”

At the SuperBook at Westgate Las Vegas, the odds of an Ohio State-Alabama national championship game are 4-1.