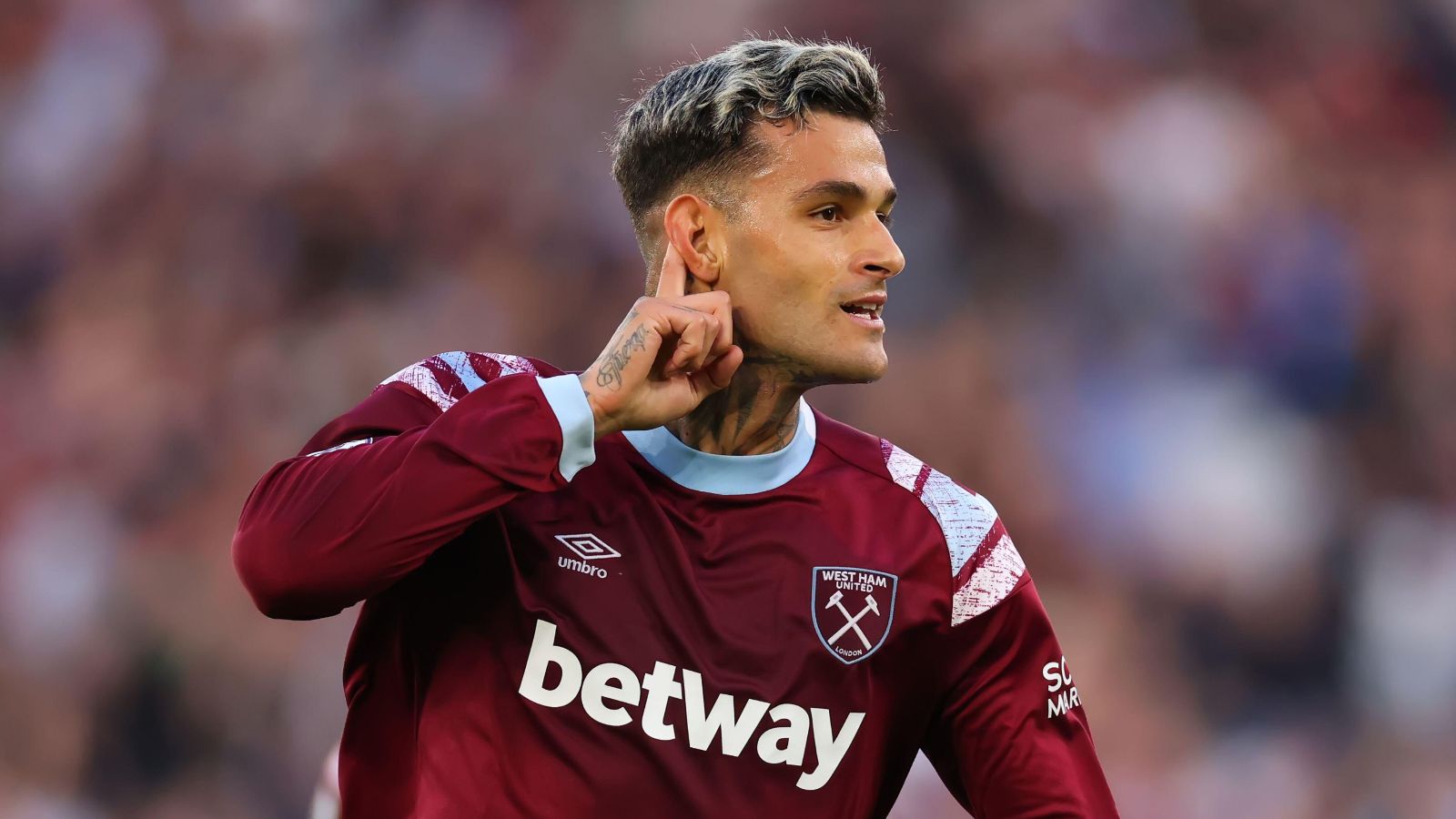 David Moyes has praised Gianluca Scamacca and he thinks there is still a lot more to come from the West Ham United summer signing.

The £35m striker made an impact off the bench on Thursday night as he netted the winning goal against Anderlecht in the Europa Conference League group stages.

That came after the Italy international got on the scoresheet last weekend as West Ham beat Wolves 2-0.

Having now got off the domestic mark to add to previous European strikes, Moyes believes the 23-year-old former Sassuolo forward can continue his progression.

“He is 23, a young Italian striker in the Premier League and I think he is coming along really well,” Moyes said.

“His goals give you confidence, the centre-forwards will tell you that. His form is getting better all round.

“His fitness is something he knows he has got more to come and to do more. It is always good when there is room for improvement and progress to be made, but he is doing a good job at the moment.”

West Ham’s win over Anderlecht means they have now won four of their last five matches in all competitions, and Moyes is hoping for more of the same when they host Fulham on Sunday.

“I think it’s huge if we can continue to build that momentum,” he told a press conference.

“We want to get on a run of victories. Clean sheets are a good place to start and I can sense that we are a little bit better at the moment.

“We are beginning to see performances from a lot of the players we have brought in, and we knew they could give us that.

“In the early games of the season we may have hit the bar or so, and we may have not got things right, but there are signs that things are getting better.”

Moyes confirmed winger Maxwel Cornet will again miss out on Sunday’s game as he recovers from a calf problem which forced him off during the first half of the win over Wolves.

The Ivory Coast forward, though, is not expected to be out for an extended spell.

“He has got a small calf strain. I don’t think it is as bad as we first feared, but it will keep him out for a few days,” Moyes said.

“Elsewhere, we have got a few knocks and niggles, but hopefully we will be OK by the time we get to Sunday’s game.”

West Ham captain Declan Rice started on the bench against Anderlecht, coming on for the closing stages.

Moyes intends to continue to carefully manage the workload of the England midfielder.

“We don’t use him in all the games, but I think the point is Declan played two games for England last week, then played in our Premier League game as well,” Moyes said.

“We are trying to look after him for West Ham. We are trying to get him in the right condition for us as much as we possibly can, and there was another opportunity last night for me to leave him on the bench.”