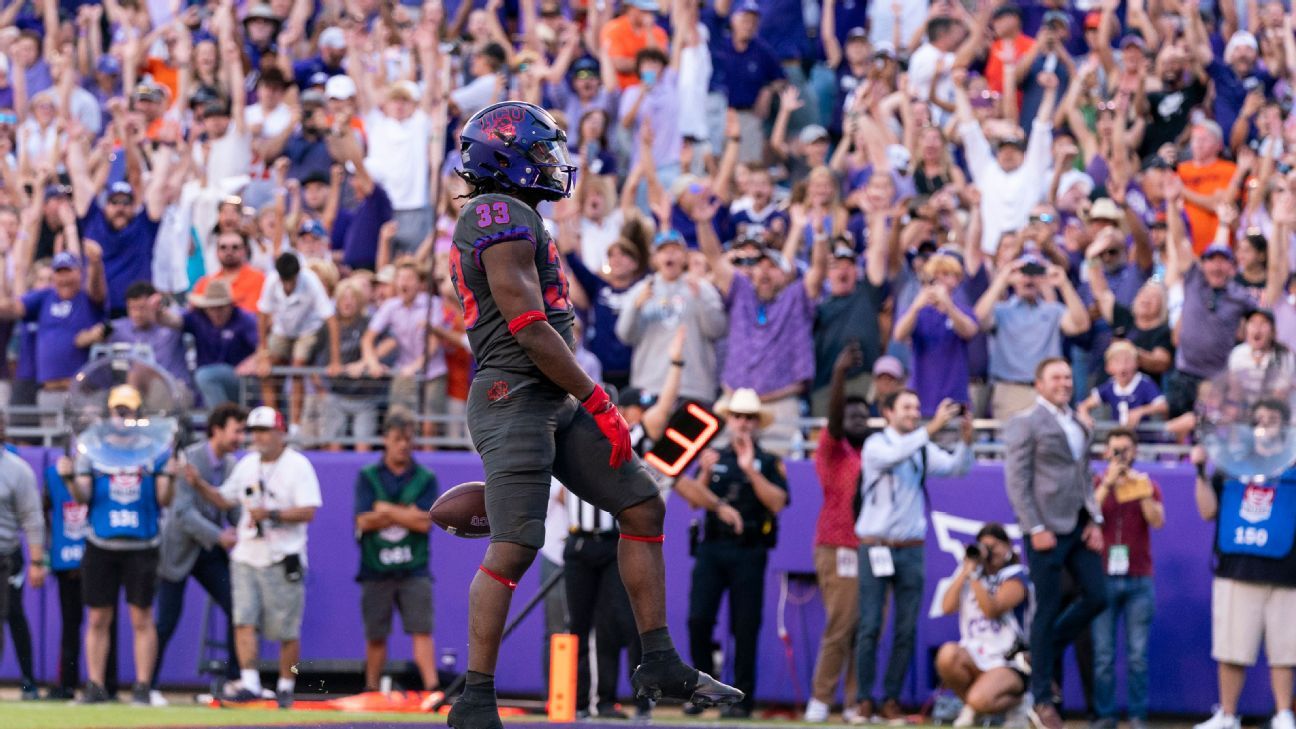 
FORT WORTH, Texas — The first year of the Sonny Dykes era at TCU is off to a hot start, with Saturday’s 43-40 double-overtime win over No. 8 Oklahoma State marking the first time in school history that the Horned Frogs have beaten three consecutive ranked opponents.

After previously beating then-No. 18 Oklahoma at home and No. 19 Kansas on the road, No. 13 TCU is the last remaining undefeated team in the Big 12 at 6-0 and 3-0 in the conference. The Frogs were picked to finish seventh in the preseason Big 12 media poll.

TCU had lost 20 straight games when trailing by two touchdowns entering the fourth quarter, according to ESPN Stats & Information research. But the Horned Frogs’ defense, which had given up 30 points in the first three quarters, shut out the Cowboys in the fourth quarter, holding them to just 32 yards in that period.

After Kendre Miller scored on a two-yard touchdown run in the second overtime to seal the win, the Amon G. Carter stadium crowd spilled out onto the field in celebration.

“You grow up your whole life and you see that stuff and you think maybe someday I’d like to be a part of something like that,” Dykes said. “So it’s fun. It’s a great win for our program and for our players.”

TCU was 5-7 last season with much of the team returning this year, including starting quarterback Max Duggan. Dykes was asked what this win means for his first year at the school.

“It means we have a bunch of good players,” Dykes said. “It means that guys are doing what we asked them to do and they’re talented guys. We talked about this, this way of climbing up the ladder. As you have success, then more is expected of you. And you’ve got to be able to carry that load.”

Max Duggan continued his career resurgence after beginning the season as a backup to Chandler Morris, completing 23 of 40 passes for 286 yards and two touchdowns with no interceptions, while rushing for 57 yards on 11 carries. Wide receiver Quentin Johnston had eight catches for 180 yards and a touchdown, a week after catching 14 passes for 206 yards against Kansas.

“He makes my job easy,” Duggan said. “I’ve just got to do whatever I can to get him the ball and he does the rest. I mean, you throw him a five-yard slant route, a five-yard hitch route, he can take it 50. He makes one guy miss and he’s off. He’s a special player. He’s a special kid.”

Dykes addressed a history of his teams starting hot before losing key games late. His 2012 Louisiana Tech team was 9-1 before dropping its last two games and his 2015 Cal team got off to a 5-0 start and finished 8-5. SMU started 8-0 in 2019 but finished 10-3, started 7-1 in 2020 before losing its last two and started 7-0 again in 2021 then lost four of its last five as rumors swirled about Dykes’ job status after TCU fired Gary Patterson.

Dykes told ESPN this week he hasn’t always been at places that had a lot of depth, which was a factor late in the season, as well as maybe winning some early games they possibly shouldn’t have. But he said he’s been evaluating all the factors he can control, including if he wore the team down too much, and acknowledges it is a concerning pattern.

“Historically, our team has gotten off to good starts and not finished very well,” Dykes said after Saturday’s game. “So it’s gonna be a challenge for us to finish down the stretch. We know that. This is a different team. It doesn’t matter what happened in the past here or where I’ve been. We’re going to write a different story.”

TCU faces a 5-1 Kansas State team that is also 3-0 in conference play at 8 p.m. ET next Saturday as the topsy-turvy Big 12 continues to take shape.

“Our reward for winning this game is we get to play Kansas State here coming off a bye,” Dykes joked. “So congratulations.” 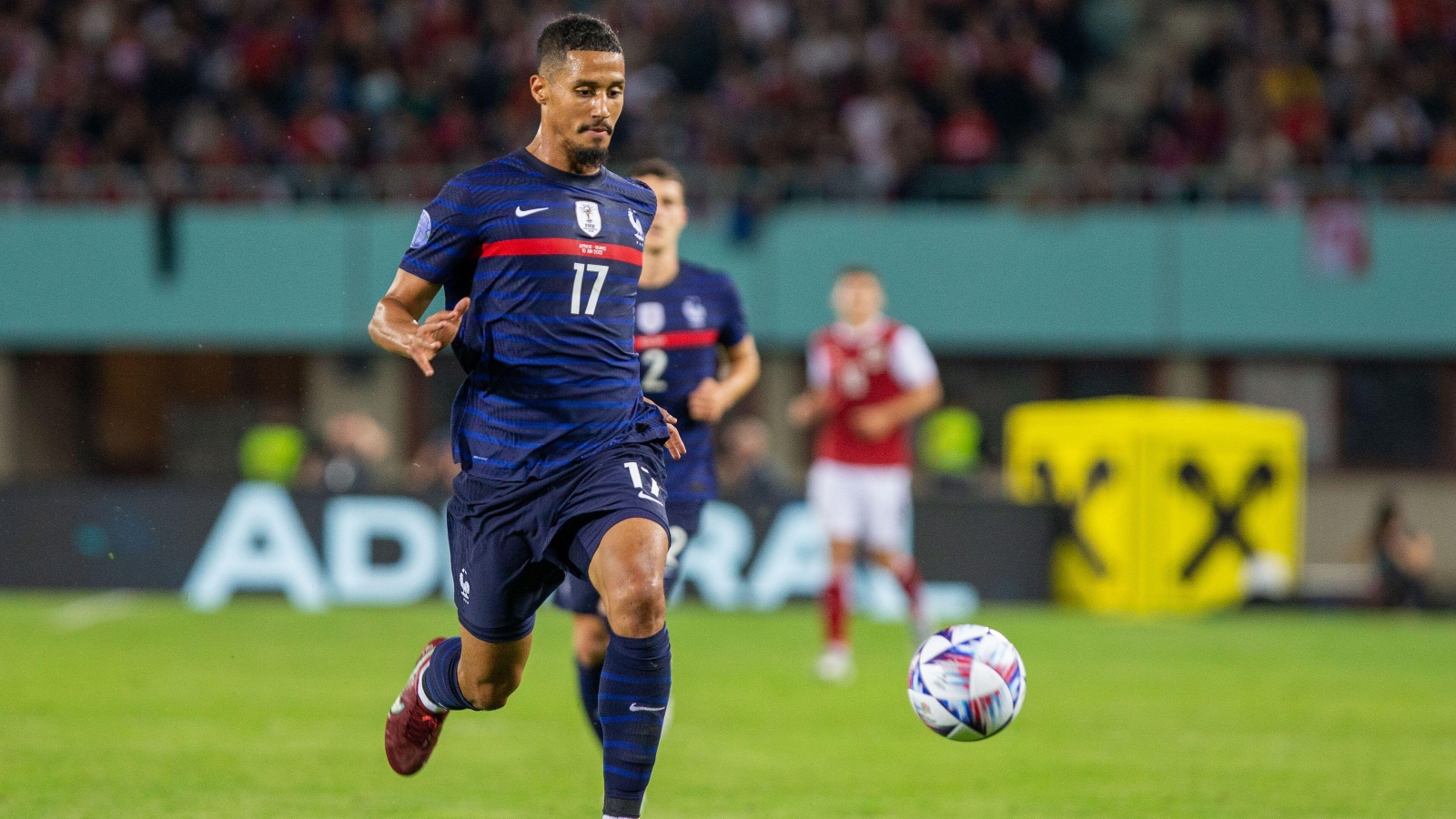 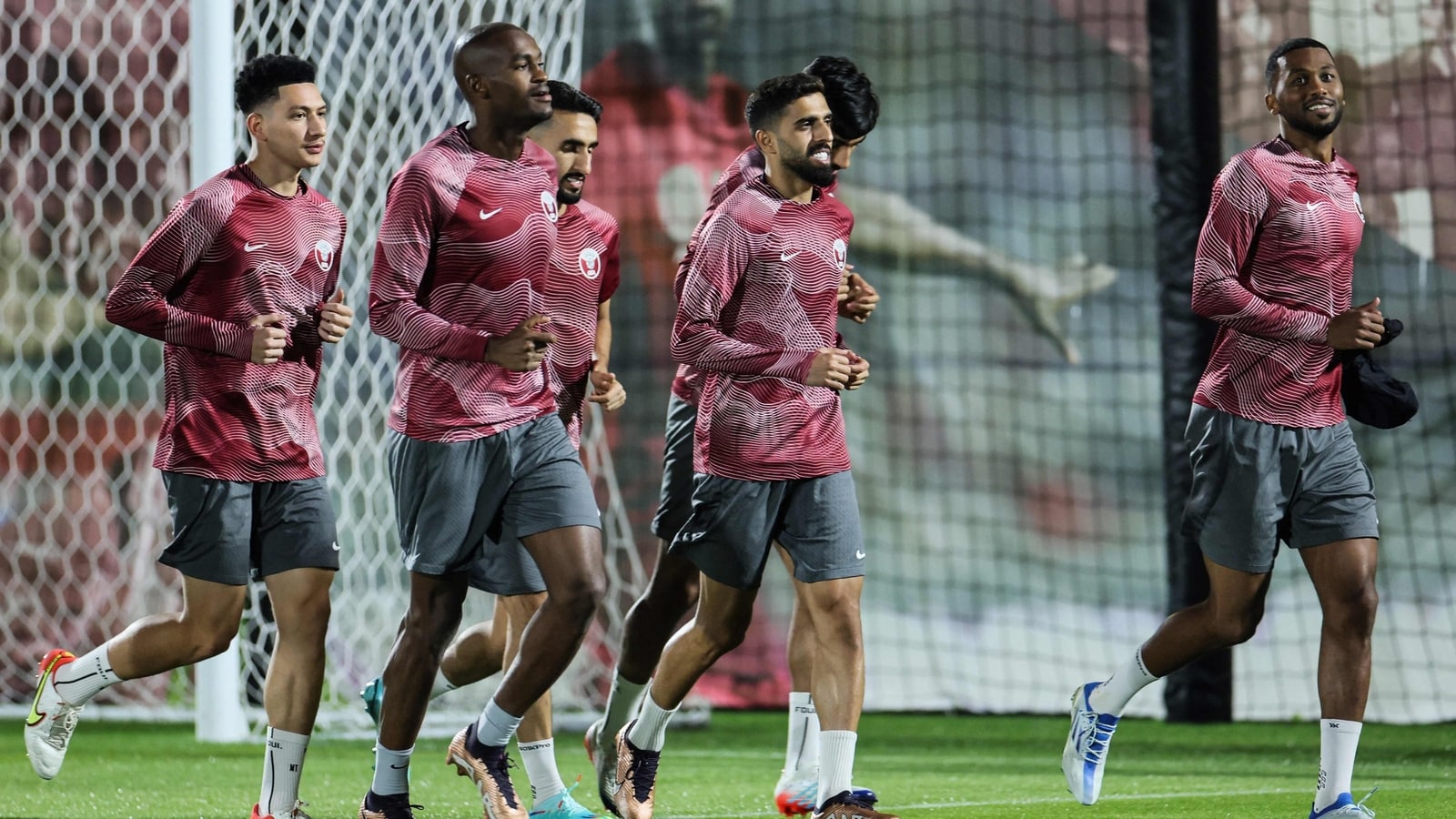