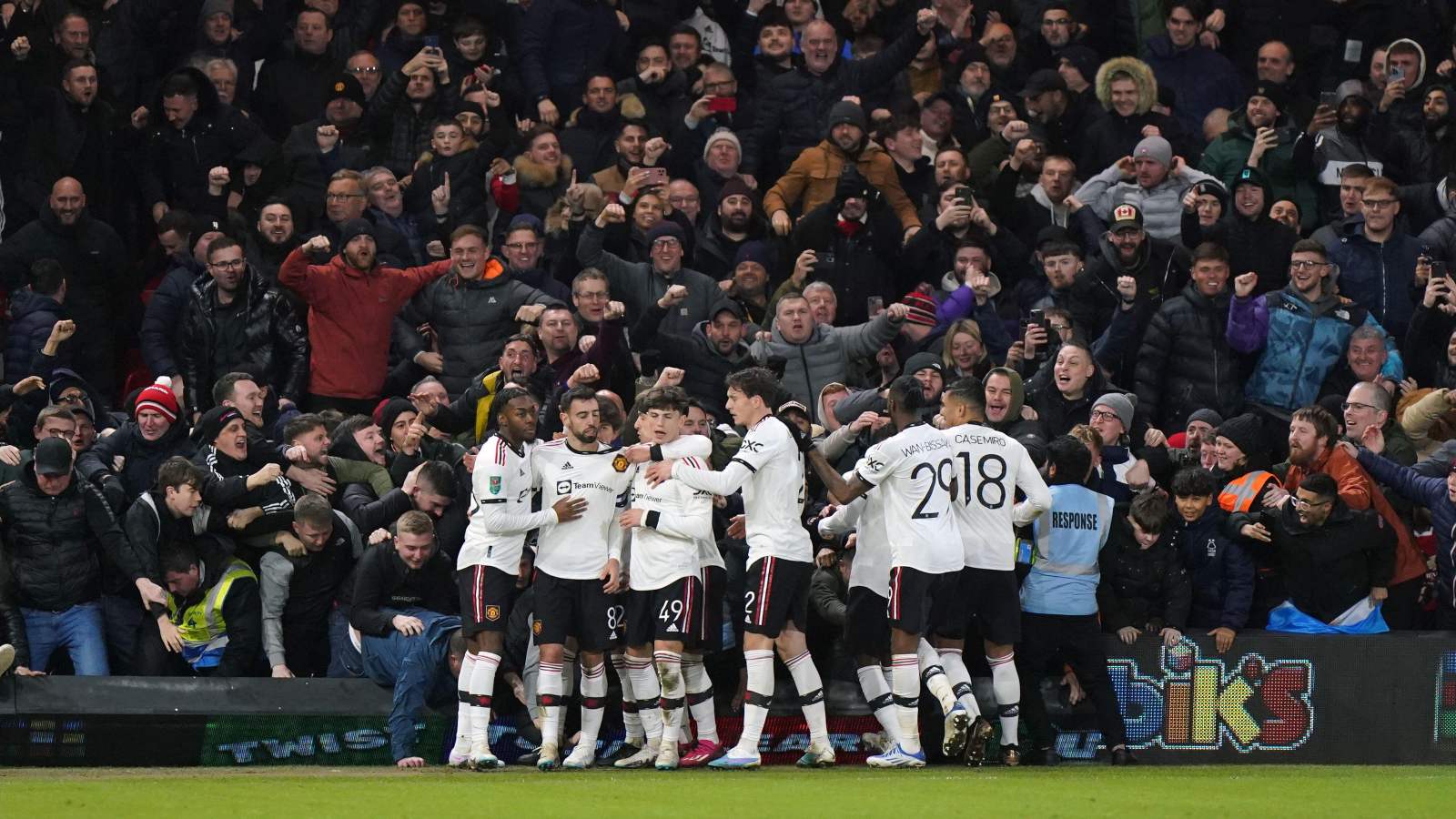 Casemiro returned as Manchester United made three changes for the match at the City Ground.

The Brazil midfielder, who missed Sunday’s trip to Arsenal through suspension, replaced Scott McTominay, while Victor Lindelof and Tyrell Malacia came in for Raphael Varane and Luke Shaw.

United flew out the blocks and went ahead in stunning fashion inside six minutes.

Marcus Rashford darted down the left from inside his own half, cut into the box between Joe Worrall and Remo Freuler before beating Wayne Hennessey at his near post.

Antony went close to making it 2-0 shortly after as Forest froze.

Antony had another effort as United continued on top, although Forest had grown into proceedings by the midway point of the first half.

The City Ground erupted when Sam Surridge slotted home from Morgan Gibbs-White’s pass in the 23rd minute, only for a VAR check to lead the equaliser to be ruled out for offside.

Brennan Johnson followed a good, strong run with a strike off target and Hennessey reacted well to stop Antony putting United two goals ahead from close range in an entertaining opening semi-final clash.

The Forest goalkeeper produced another fine stop to deny the Brazilian on the stroke of half-time, only for Wout Weghorst to follow-up and score his first for United to make it 2-0.

Christian Eriksen hit the woodwork from 20 yards shortly after play resumed for the second half at the City Ground, where Gibbs-White fired off target having dispossessed Casemiro on the edge of the box.

United remained on top without adding a third, while Forest turned to Jesse Lingard as both sides made changes.

Bruno Fernandes thumped home from Anthony Elanga’s smart flick in the 89th minute as United ran out 3-0 winners in the first leg.