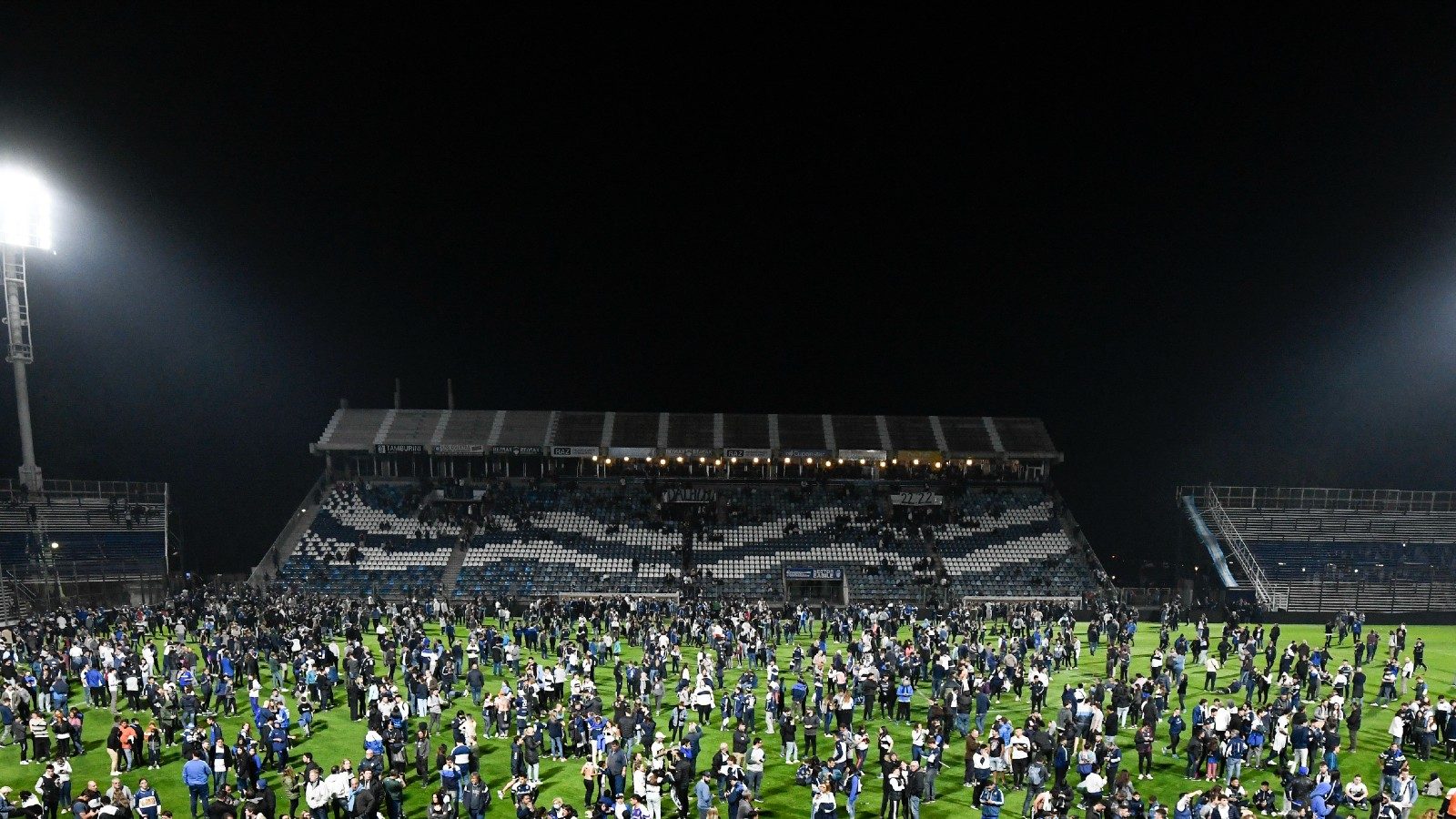 One person died Thursday when violent clashes near a football match outside Buenos Aires between Boca Juniors and Gimnasia y Esgrima spilt into the stadium and onto the pitch, authorities said.

Police fired rubber bullets and tear gas outside the Carmelo Zerillo stadium in La Plata, about 50 kilometres (31 miles) south of Argentina’s capital as they attempted to stop fans from pushing into the already crowded venue.

The unrest continued inside, where shocked spectators were seen squeezing through fencing to escape the violence and get onto the field.

“I can confirm that there is one person dead. This person died of cardiac arrest,” said Sergio Berni, security minister of Buenos Aires province, where the Argentina league first division match took place.

The game was suspended after nine minutes until further notice “due to lack of (security) guarantees,” referee Hernan Mastrangelo said, minutes after the players and technical staff left the pitch for the dressing rooms.

“It affected all of us on the field,” he added. “The air became unbreathable. The situation got out of control and there were no security guarantees.”

Authorities at San Martin hospital in La Plata confirmed the death of a 57-year-old man due to cardiac arrest as he was being transferred from the stadium to the hospital.

Several fans, including children being led or carried by adults, rushed to get out of the stands and onto the pitch, where people were seen sitting or lying down apparently recovering from tear gas exposure.

The match came at a critical point in the Argentine top-flight league, with four rounds to go and Gimnasia playing its last chance to secure the title at home, while Boca was looking for a win to return to the premier division.

“What was going to be a party ends in this. It hurts us all what happened, it is tremendous and we regret it,” Boca Juniors manager Hugo Ibarra told reporters.

The deadly violence came five days after a stampede in Indonesia prompted by police firing tear gas inside a packed stadium left at least 131 people dead, including 32 children.