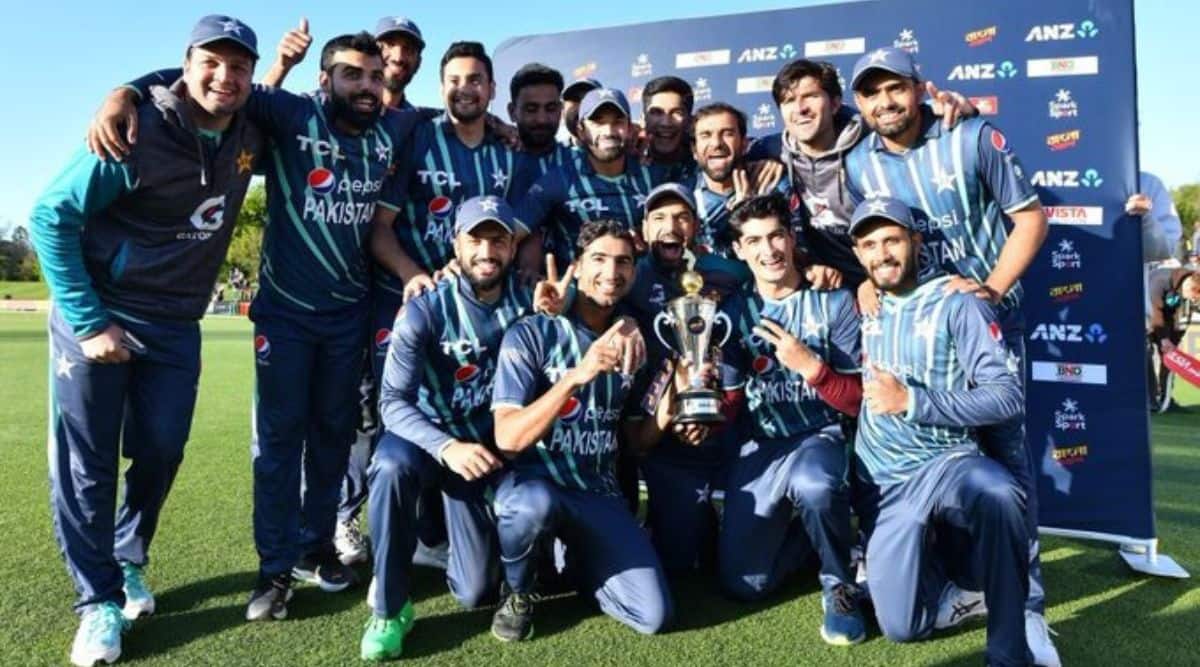 Mohammad Nawaz struck an unbeaten 38 from 22 balls to lift Pakistan to a five-wicket win over New Zealand with three balls remaining in the final of the New Zealand Twenty20 Tri-Series.

After his 45 from 20 balls in Pakistan’s seven-wicket win over Bangladesh a day earlier, Nawaz established himself as key member of the Pakistan middle order heading into the Twenty20 World Cup in Australia.

The final see-sawed through both innings: New Zealand was on target for a more substantial score before faltering against Pakistan’s late bowling and finishing with 163-7. Pakistan made a solid start, then also wavered at times before Nawaz provided the final impetus for the win.

He found a dependable partner in Iftikhar Ahmed, who made 25 from 14 balls in an unbroken fifth-wicket partnership of 36.

“I just backed myself yesterday and today on the basis of what I’ve done in the nets,” Nawaz said. “I had belief in myself and I was backing myself to go in with a clear mind. We are looking forward to the World Cup now.” Pakistan struggled at times and went 26 balls between the fourth and eighth overs without being able to hit a boundary in the face of tight bowling from Tim Southee, Trent Boult and Blair Tickner. After 10 overs it was 64-1, 19 runs behind New Zealand at the same stage.

Nawaz began to boost the scoring with two fours from Tickner’s bowling in the 13th over. In the 15th over Pakistan took 25 runs including three sixes from the bowling of Ish Sodhi and that helped tip the match.

Pakistan needed 41 runs from the last five overs with seven wickets in hand. It had the upper hand when Haider Ali hit boundaries from the first two balls of the 16th over. New Zealand fought back, claiming the wickets of Haider who scored 31 from 15 balls and Asif Ali (1) in quick succession.

Earlier, New Zealand captain Kane Williamson made a timely return to form with an innings of 59 from 38 balls. Williamson recently has been struggling for form while battling a chronic elbow injury. His previous best score in the series had been 31 in New Zealand’s first match against Pakistan and it had been seven innings since he last passed 50.