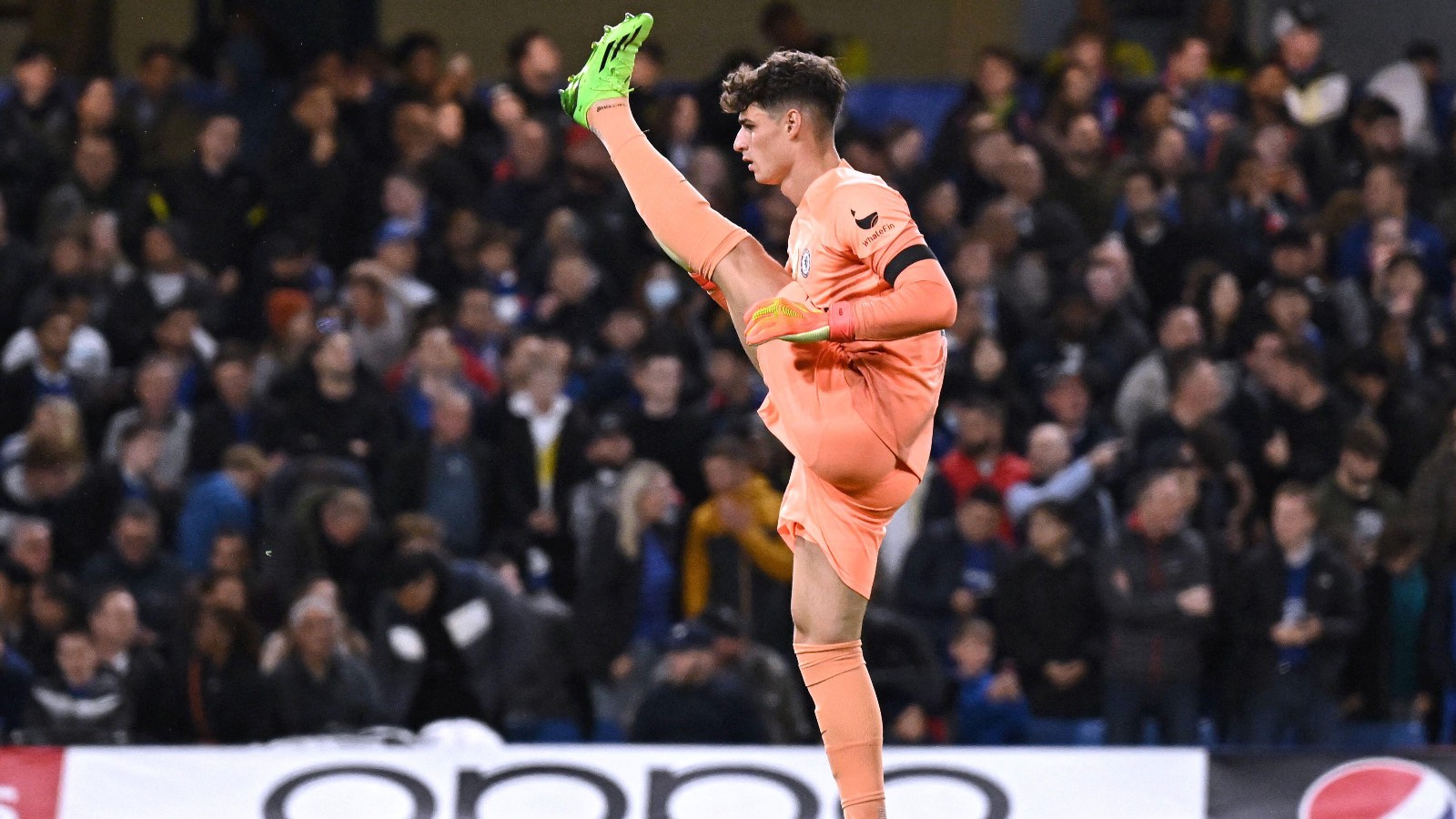 Graham Potter has explained how Kepa Arrizabalaga’s distribution is key to Chelsea in a hint as to why he is currently ahead of Edouard Mendy in the pecking order.

He was initially brought in this season as cover for Edouard Mendy, who has been the first-choice stopper for the last two years, but has retained his place due to his performances.

The Spanish goalkeeper arrived at Stamford Bridge for £71m in the summer of 2018 and after a decent first season really struggled under Frank Lampard, leading the Blues to recruit Mendy.

Potter has said that there is no clear No.1 at the club, but his comments on Kepa’s distribution hint at his reasons for selecting him over Mendy.

“I thought he did really well,” Potter told Chelsea TV on the importance of Arrizabalaga’s distribution to the team plans.

“It’s important for us. At times, we have to play out through the pressure, and it gives you the chance to attack the next line.

“So it’s an important aspect to the team.

“But ultimately, they [the goalkeepers] are there to save the ball for us as well, and he did that when he had to, so yeah, a really good game from him.”

Asked about the challenge of keeping such a deep and challenging squad happy, Potter said: “My experience of pro footballers, whatever level, is they want to play football; so you have to respect that.

“But at the same time, part of the deal coming to that club like this is there’s a lot of competition.

“You have to fight, but you have to help the team, be ready to play your role.

“All you can do is be honest, be clear and be ready to admit that you’re not always right but that we’re doing it with good intentions.

“It’s important that we have a strong group, a strong collective. It’s credit to the players because there’s a good group here, I can’t complain.

“As long as there are reasons there, it’s about communicating them and somebody’s got to make the decisions. It’s worked out well today and credit to the players.

“When you’re playing three games a week, you’ve got to make decisions around fresh players, when players are determined and desperate to play.”