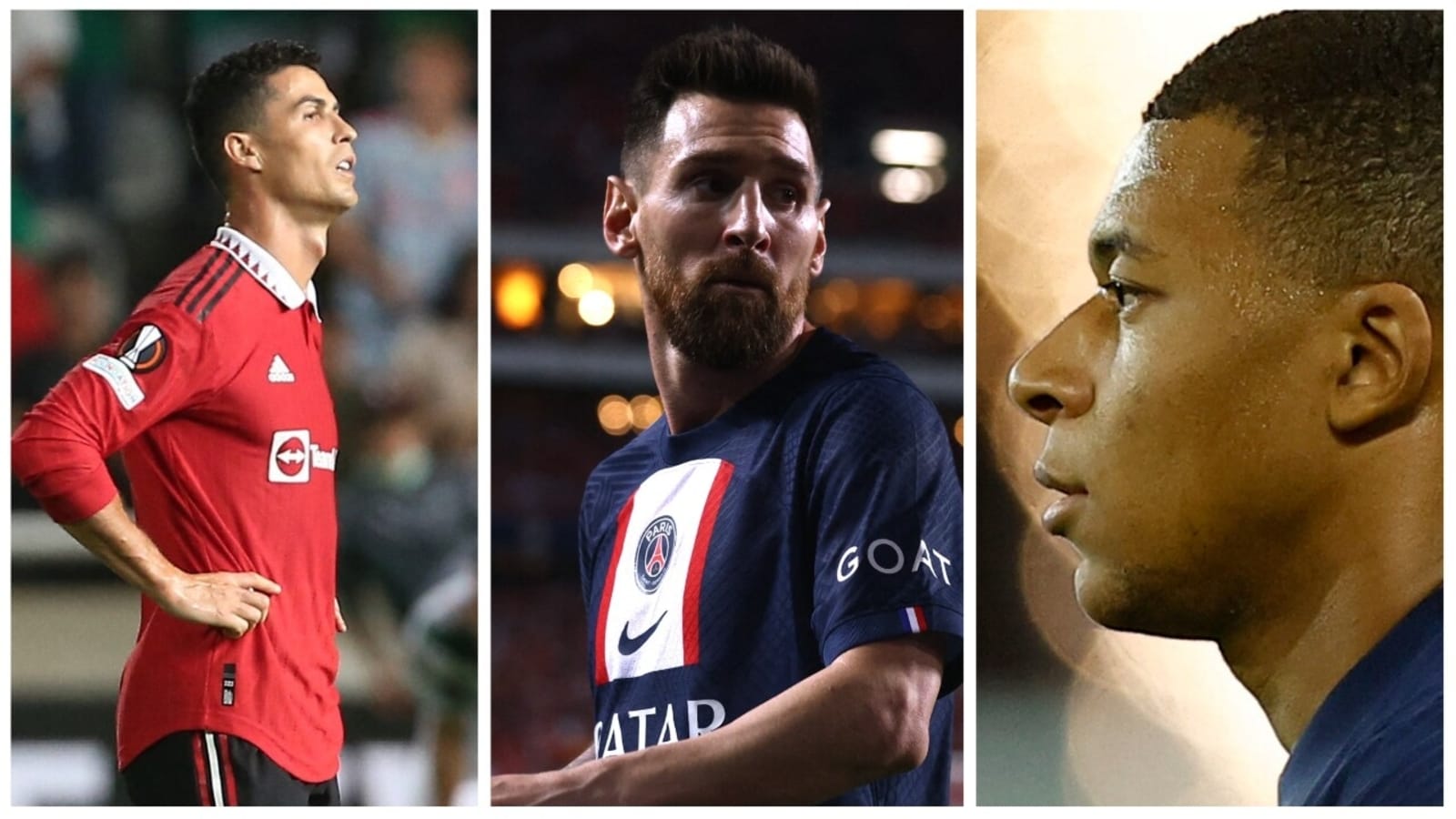 Kylian Mbappe‘s landmark deal with Paris Saint Germain (PSG) has paved the way for the Frenchman to end Cristiano Ronaldo‘s and Lionel Messi‘s long hold on the top spot in the wealthiest footballers list. The PSG star has become the world’s highest-paid football player in 2022. Two of the greatest players in the beautiful game’s history, Ballon d’Or arch-rivals Messi and Ronaldo dominated the football rich-list for eight years.

With estimated earnings of $120 million in the 2022-2023 season, Mbappe’s teammate Messi has upstaged Ronaldo by securing the second spot in the annual rankings. Former Real Madrid and Juventus star Ronaldo ($100 million) is placed third while PSG star Neymar ($87 million) has bagged the fourth spot in the annual rankings. Neymar is followed by Liverpool’s Mohamed Salah ($53 million), who is placed fifth on the list of the world’s highest-paid footballers. Manchester City’s goal-machine Erling Haaland has made his debut in the top 10 with expected earnings of $39 million this season.

According to a report filed by Forbes, Mbappe will earn $128 million for the 2022-23 season. The former AS Monaco striker will earn the staggering sum before taxes and agents’ fees. Mbappe had penned a lucrative deal with PSG as the French forward famously turned down Real Madrid to extend his stay at the Le Parc des Princes. Snubbing Real Madrid in the summer transfer window, Mbappe signed a three-year contract extension in May.

Mbappe is expected to earn $110 million between his salary and his signing bonus for the ongoing season with PSG. The report added that Mbappe will collect $18 million in annual endorsements. The Frenchman is the face of popular brands like Nike, Dior, Hublot, Oakley and Panini. For the third time in his career, superstar Mbappe also appeared on the cover of EA Sports’ FIFA video game in 2022.