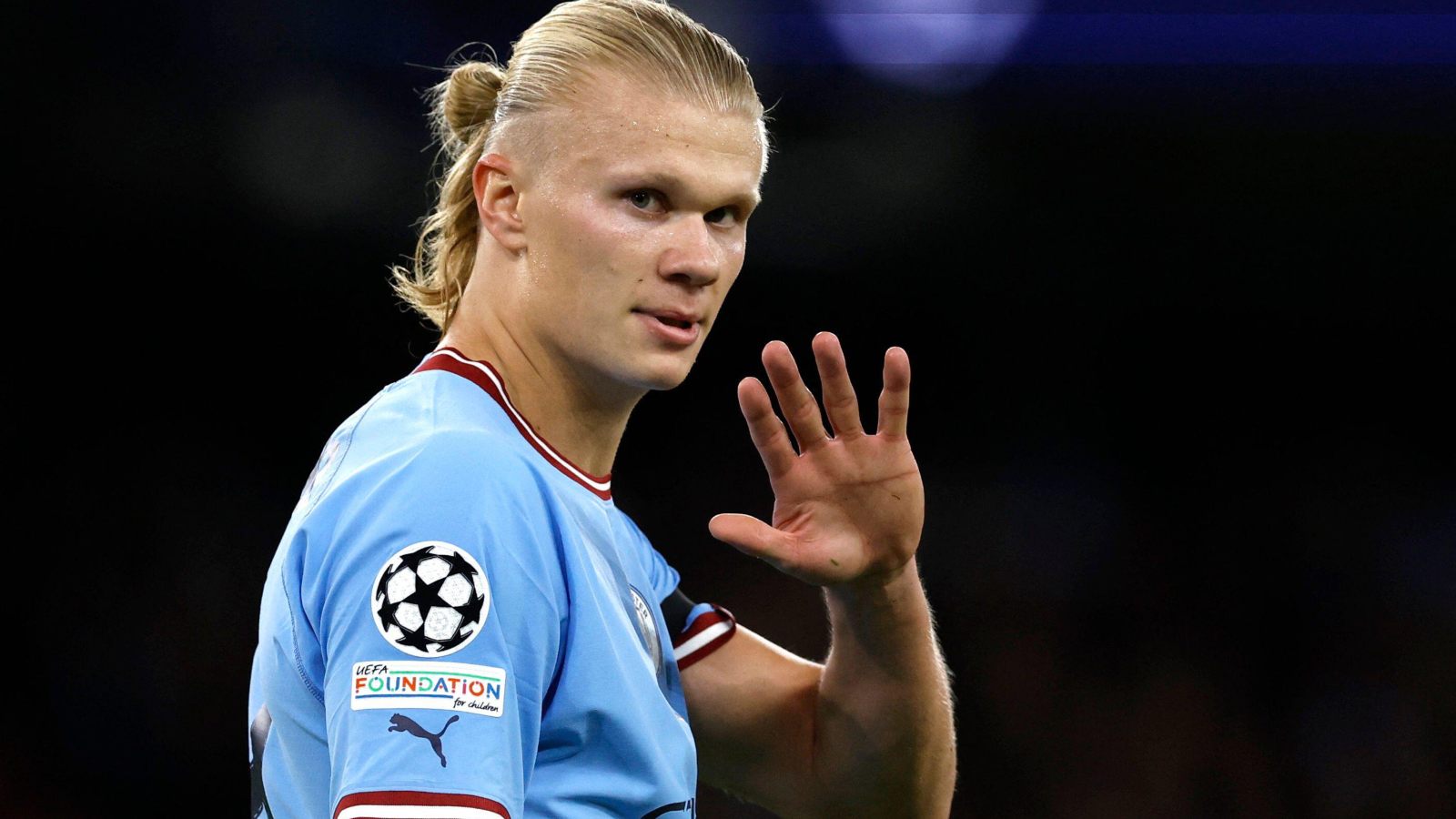 Gabby Agbonlahor doesn’t think Erling Haaland will be stopping around in Manchester for too long as details of a release clause in his contract have been revealed.

Haaland has had an electric start to the season and has scored 20 goals across his first 13 appearances for the club.

It was recently revealed that he has a release clause in his contract, which kicks in from the summer of 2024.

Crucially, the €200million release clause can only be triggered by clubs outside of the Premier League, which makes a move to a direct rival almost impossible.

Barcelona and Real Madrid will no doubt be two of the clubs at the front of the queue when the 22-year-old next becomes available.

Agbonlahor doesn’t think Haaland will be looking for an exit any time soon, but he thinks the time will eventually come.

The former Villa striker told Football Insider: “I would say he would do a minimum of four years at Man City then definitely leave.

“If anyone thinks Haaland will stay at Man City for his whole career then I’m a postman.

“He looks like the sort of player, like Zlatan [Ibrahimovic], who will want to try different leagues. He’ll want to leave for Real Madrid, the biggest club in the world.”

“He wouldn’t surprise me if he left Real Madrid at 30 to join Paris Saint-Germain. Haaland will be one of those players who will try different leagues.

“Man City have to enjoy him while they’ve got him.”

Haaland has already played in four different countries and he has scored goals wherever he has gone.

His record in the Champions League is also something to behold. The 22-year-old has scored 28 goals across his first 22 appearances in the competition and already has five goals in Europe this season.

Haaland was left on the bench for Man City’s goalless draw with F.C. Copenhagen as Pep Guardiola didn’t want to risk his star striker.

The Man City manager explained: “He finished the game against Southampton so, so tired and didn’t recover well.

“Yesterday was not good, today a little better but not perfect so we decide not to take the risk.”

Prior to Man City completing the signing, Haaland’s injury record had been called into question.

During his final season with Dortmund, he missed 16 matches through injury and so it’s understandable to see why  Guardiola won’t be taking any risks with him.

Haaland has started in all nine of Man City’s Premier League fixtures this season and he has regularly played more than 80 minutes.

Next up for City is an away trip to Anfield and they will be looking to take advantage of Liverpool’s lacklustre form.

City currently sit second in the Premier League and are one point behind Arsenal as things stand.

READ MORE: Toxic Mbappe is proving why he should be avoided at all costs and Klopp will resign this season