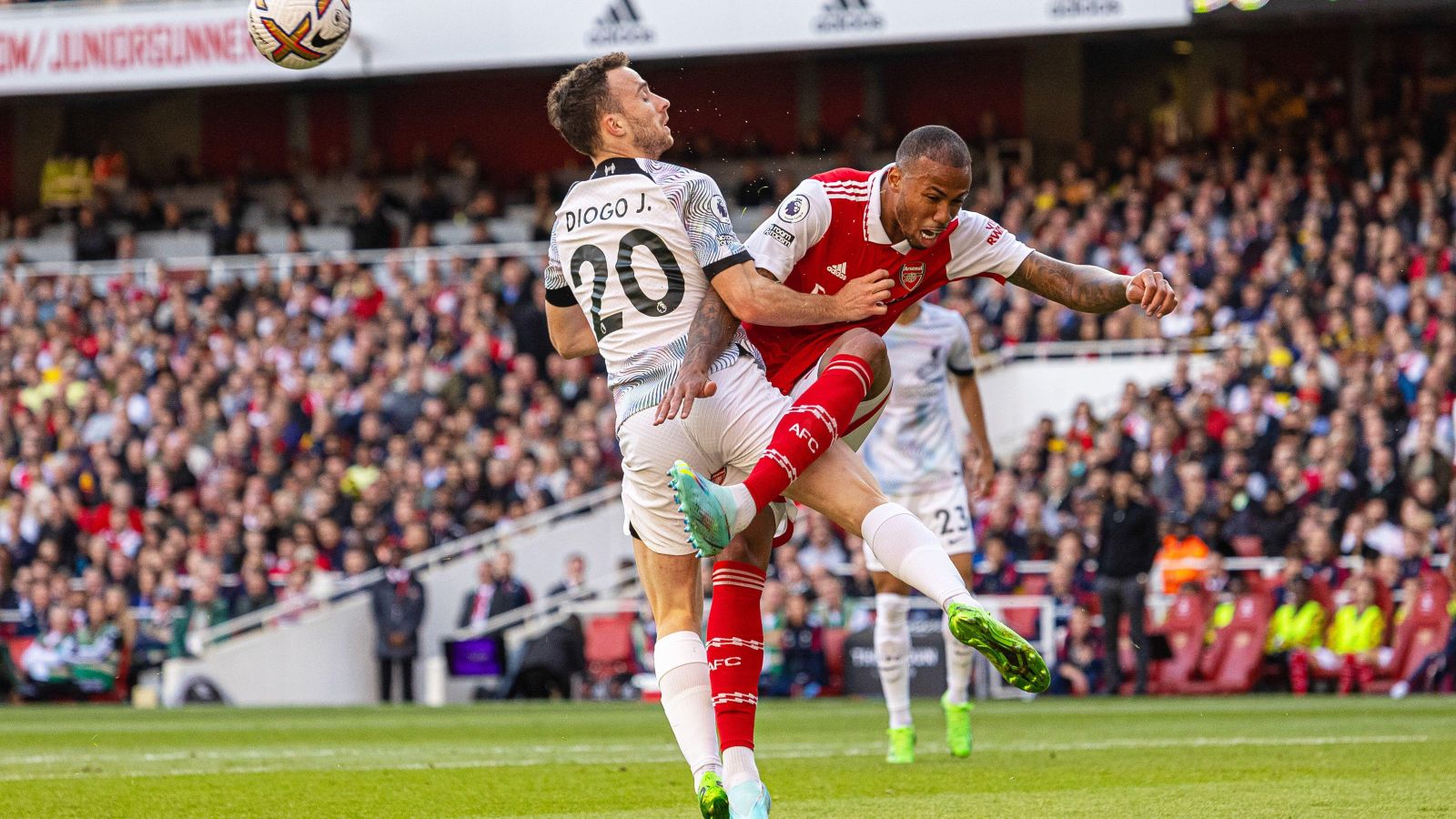 Gabriel Martinelli opened the scoring before a brace from Bukayo Saka secured the three points for Arsenal after the Reds had twice equalised through Darwin Nunez and Roberto Firmino.

The win takes Arsenal 14 points clear of Jurgen Klopp’s side – who sit tenth in the Premier League table – with the Gunners going back to the top of the league ahead of nearest rivals Manchester City.

Gabriel had a few hairy moments against Liverpool with O’Hara claiming the Reds should’ve had a “stonewall penalty” when the ball hit the Brazilian’s hand at close range in the box.

Former Tottenham midfielder O’Hara is worried by Arsenal but said: “I do still think you can get at them at the back.Gabriel, for me, he’s clumsy, he’s got mistakes in him. Liverpool should’ve had a stonewall penalty where it’s hit his arm.

“But, as a team, they’re really solid, really complete, playing with confidence and it’s horrible to watch.”

O’Hara added to talkSPORT: “Fair play to them. I’d love to sit here and criticise them and say that they’re going to fall away but at the moment I can’t see it.

“We always say to judge the league after 10 games and they’ve played nine, they’re top of the league and they’ve got to play Leeds in the next game so you could be looking at another win.

“I said that October would be a really difficult month for Arsenal with a lot of games and at the moment they’re breezing through them. They beat Tottenham, they’ve beaten Liverpool and now they go into some decent fixtures where you think they’re going to carry on winning.”

Alexander-Arnold has come in for lots of criticism in recent weeks over his defending for Liverpool and it was highlighted again versus Arsenal.

“If I was playing now against Liverpool, the first thing the manager would be saying is, ‘Get the ball out left, get one-on-one with Trent’, because defensively… he’s a League One defender,” O’Hara continued.

“It’s League One defending, but he’s Champions League going forwards. [Jurgen] Klopp knows that, he loves his attacking abilities, but defensively he’s all over the place.

“The second goal, where’s he going? He’s Bambi on ice! I love Trent, he’s a fantastic player at a young age, won more than me in one season, but as a defender he is not good enough.

“He needs to work on his game, get a one-on-one coach and he needs to sort it out.”