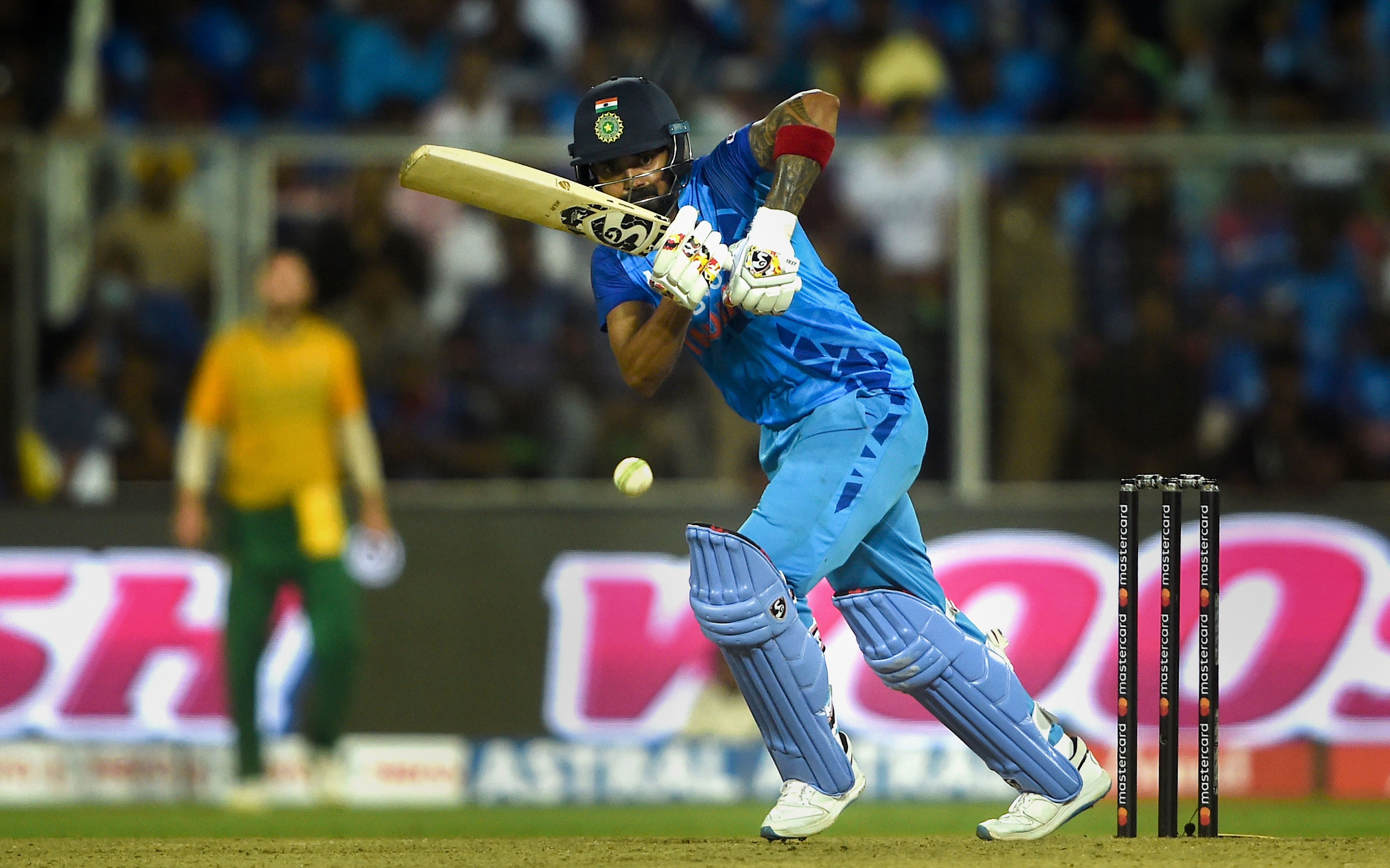 In the series-deciding Hyderabad T20I against Australia last month, KL Rahul tried to heave Daniel Sams over midwicket, but only managed a top edge that was taken by the wicketkeeper. In the Guwahati T20I against South Africa on Sunday, Anrich Nortje slipped in a surprise leg-cutter after bowling a 144 kph lifter. Despite the ball holding up and straightening after pitching, Rahul adjusted and heaved it over midwicket for an 80-metre six.

Two disparate and disconnected events, of course, but probably a crucial variable is also the stage of the innings when they occurred. The Sams delivery came in the very first over, while the Nortje six was off the 20th delivery Rahul had faced.

Don’t miss the LIVE coverage of the #INDvSA match on @StarSportsIndia pic.twitter.com/94YIc0uIA2

Virat Kohli made a revealing observation after ending his century drought against Afghanistan in the Asia Cup. “I was desperate to do something that wasn’t my game,” he had said, about trying too hard to manufacture big hits in T20s. Rahul is far more comfortable hitting sixes than Kohli is, but in a sense both batsmen are similar, in that at their most free-flowing, they rely more on timing than power to find the boundary.

And when the timing is taken care of, like it was for Rahul in Guwahati, the odd muscled boundary will also come off eventually, like it did against Nortje. Until then, all of Rahul’s boundaries, minus a couple of edged ones, had come through sheer timing, square on both sides of the wicket, with characteristic back-foot punches and pick-ups. No wonder then that his 57 off 28 deliveries on Sunday was his fourth-fastest T20I innings, and the swiftest in nearly a year.

After a two-month layoff due to surgery and illness, and amid questions over his strike rate – which has indeed dropped in the last two years – this innings headlines the ongoing revival in Rahul’s comeback. That can only bring relief for a team management that has remained invested in the legacy top order of the captain, former captain and vice-captain, despite repeated calls for infusion of fresh talent more suited to the specific demands of T20 cricket.

The Asia Cup was Rahul’s first T20I tournament since November 2021, and in the five weeks since, he has played 10 T20Is. It has been an unforgiving deluge after drought. He was understandably scratchy to begin with on the sluggish surfaces in the UAE. He crawled to 36 off 39 against humble Hong Kong even as India plundered 192 for 2. But in India’s inconsequential last match of the tournament, he hit 62 off 41 against Afghanistan, and began the Australia series next with 55 off 35 on a Mohali belter.

“Having played a couple of series after injury, I’m starting to get that confidence back in my body. If you ask any player, the toughest thing is to control your own mind and to tell yourself, ‘Your body is fine, you won’t get injured when you dive, or when you sprint,’” Rahul had said after the Mohali game.

At the same press conference, Rahul had bristled at a question about criticism over his strike rate – “what criticism?” he’d shot back – before saying that he was working on it.

While the unbeaten 51 off 56 against South Africa in Thiruvananthapuram was apt for the game situation – a small chase on a spicy track – India can ill afford an opener with a dot-ball percentage close to 40. Kohli’s presence at No. 3 as a sort of flexible anchor means the openers are almost obligated to attack even more. The Guwahati knock was encouraging on that front – a mere six dot balls out of 28.

Tellingly, perhaps in another marker of India’s aggressive batting approach under the current team management, Rahul is hitting a lot more sixes this year; he’s already hit 18, the most he’s hit in a year. Also, he is hitting almost as many sixes as fours – 18 compared to 19; until 2021, his career average was roughly one six for every two fours.

“While batting first, we always try to bat aggressively and take risks. The effort has been there for the last 10-12 months, since the last T20 World Cup. It is something that we have tried to do consciously as a team, and we have done it whenever we have got the opportunity. It was a big learning from the last World Cup,” Rahul said in Guwahati.

Applying that learning is not something that comes naturally to this top order. All three, Rahul included, are largely orthodox batsmen who grew up learning to put a price on their wickets. It is understandable that they veer to the extreme – forcing themselves to muscle the ball right away – when asked to play out of their comfort zones, especially Kohli and Rahul. Neither of them is Suryakumar Yadav, but as Rahul’s Guwahati knock showed, starting with one’s strength – timing in his case – and building on it later, to slog, might be a better option for this top order to prosper in Australia.