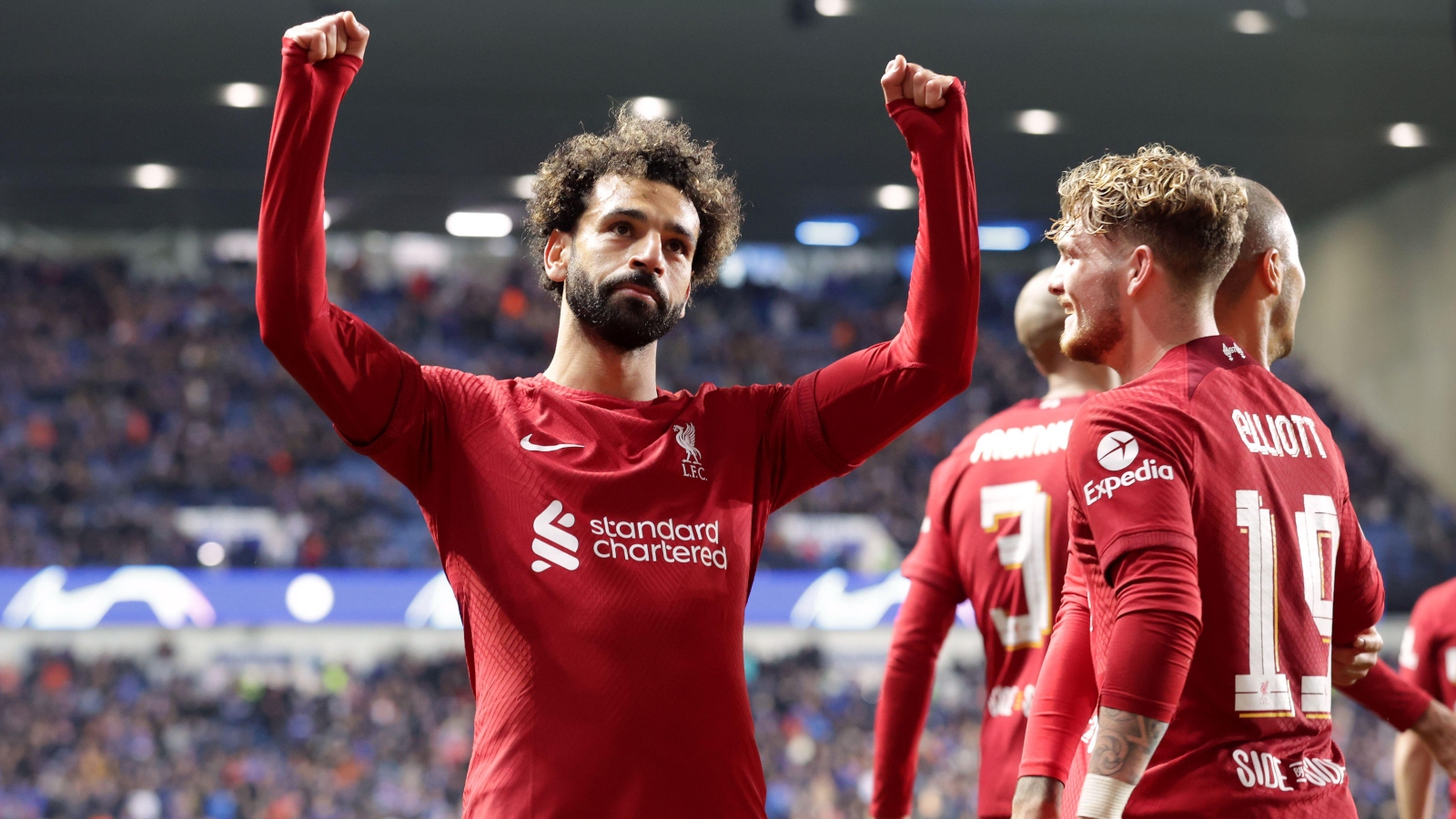 Liverpool scored six goals in the second half as they embarrassed Rangers at Ibrox with a 7-1 win in the Champions League.

Mohamed Salah and Diogo Jota dropped to the bench as Jurgen Klopp made six changes for the European clash.

Thiago missed out completely and Trent Alexander-Arnold, Luis Diaz and Josip Matic had already been ruled out through injury following the Reds’ defeat by Arsenal on Sunday.

Antonio Colak was preferred to Alfredo Morelos up front for Rangers after the in-form Croatian striker started on the bench at Anfield last week.

Giovanni van Bronckhorst went with a back four and handed Fashion Sakala and Ryan Kent wide roles in his attacking set-up.

Scott Arfield gave Rangers the lead in the 18th minute after taking Ryan Jack’s pass in his stride and running into the heart of the Reds defence before firing into the bottom corner from 20 yards.

Rangers had made the better start, with Fashion Sakala earlier forcing a save and Kent curling not far past the top corner.

Colak failed to make the most of a short backpass before Firmino levelled for Liverpool in the 24th minute.

The Brazilian beat James Tavernier to Kostas Tsimikas’ near-post corner and headed into the roof of the net.

Arfield saw a shot well blocked by Konate before Rangers suffered a blow when they lost centre-back Connor Goldson to what looked like a thigh injury. Leon King came on.

The half-time whistle blew shortly afterwards with the score tied at 1-1.

Firmino grabbed his second goal of the night to put Liverpool 2-1 ahead in the 55th minute.

The forward finished first time through the legs of Allan McGregor after right-back Joe Gomez burst forward and delivered a perfect low cross.

Liverpool were dominating and Darwin Nunez made it 3-1 in the 66th minute.

McGregor’s kick upfield put Rangers on the back foot and Fabio Carvalho played a forward pass to Firmino, whose flick set up Nunez to sweep home a first-time finish from 18 yards.

Liverpool continued to threaten on a regular basis and substitute Salah stabbed home their fourth from a tight angle in the 76th minute.

Salah had completed his hat-trick within five minutes as he added two clever finishes from 18 yards to make it 6-1 to Liverpool.

Elliott added further embarrassment for Rangers when he netted the seventh with three minutes left. The goal was eventually awarded following a VAR check that overturned an offside flag.