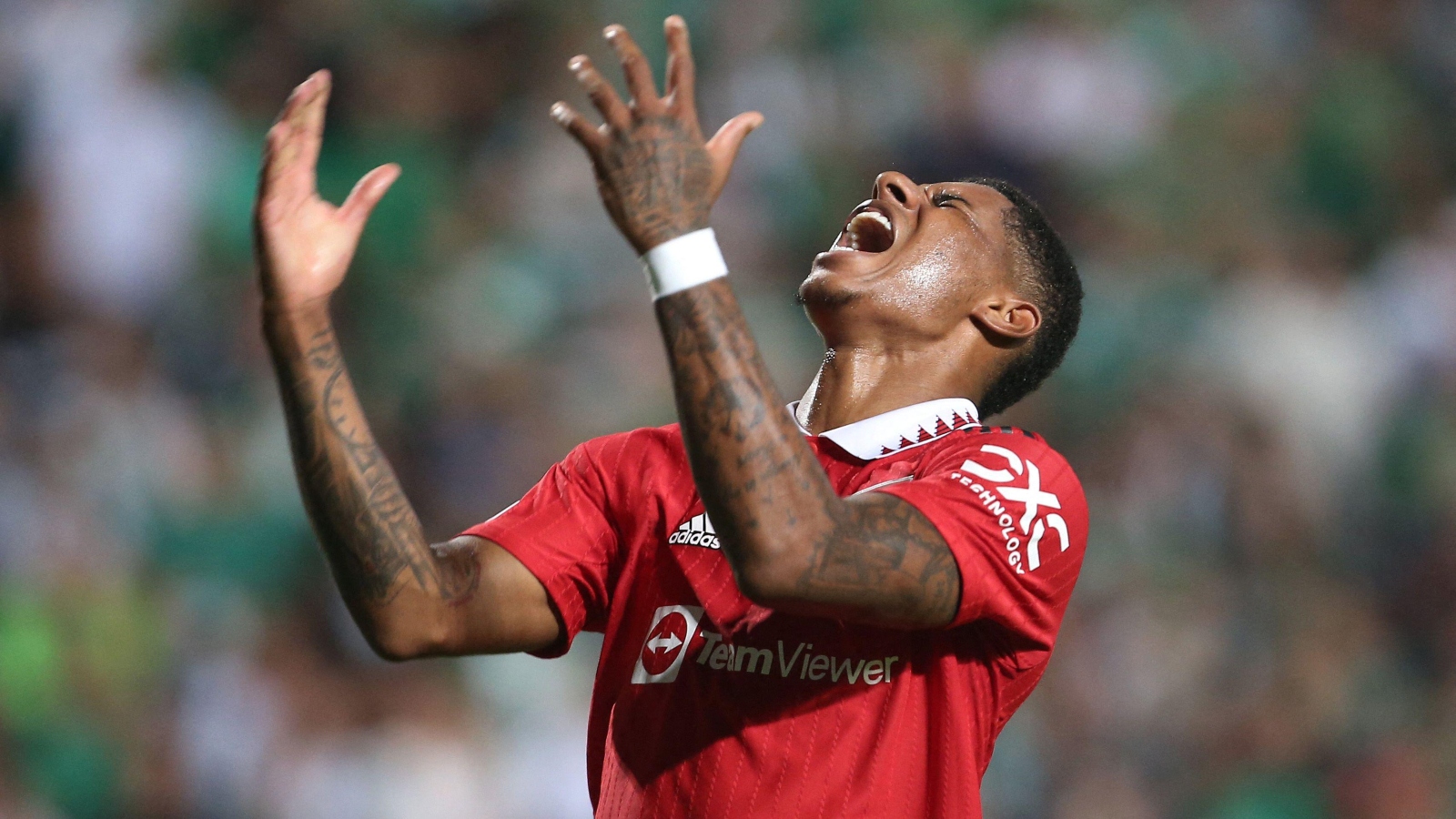 Marcus Rashford has hit back at Roy Keane after the Manchester United legend criticised his body language during last week’s loss against Manchester City.

The England international started for the Red Devils in the 6-3 defeat at the Etihad last Sunday.

As the scoreline suggests, it was a difficult day for Rashford and his teammates.

He played an hour of the Manchester derby before being replaced by Anthony Martial – who came on to score twice.

Former United captain Keane was less than impressed by the team’s performance and singled out Rashford, saying: “Really shocking. Shrugging his shoulders when things weren’t going his way. You roll your sleeves up at Manchester United.”

Rashford has since responded to Keane, saying that his disappointment should be “normal” due to the high standards the club has.

“There have been times I was disappointed but that’s normal, isn’t it?” Rashford said.

“We are all players who like to win, that is the reason we play for Man United. We have such high expectations of ourselves and each other. Ask any of us and we’re not happy to lose or even draw.

“I’ve played a lot of games and experienced a lot of different things. At Man United, we expect to win the majority of the matches.”

Rashford was also high in praise of Erik ten Hag, who has now taken charge of ten matches, winning six and losing four.

The England forward sees some improvement under the former Ajax manager and can only see the team getting better.

“I think we are definitely improving though there are obviously things we need to tighten up on and improve,” Rashford said.

“The last league game at City wasn’t good enough by anyone’s standards and we felt we let people down. It was a bit embarrassing after the game.

“But as you know these results can happen in football and the only way to come back from it is to bounce back and win your next game as we did against Omonia Nicosia on Thursday.

“The manager has a very clear identity and way of playing which I think makes it easier to adapt to him.

“Even in pre-season I felt that he got his messages across quickly and direct and the players took those messages on board.

“We are going to keep improving under him. It’s still early days and the more we get to know him, the better we will become and the more he gets to know us as well.”

United take on Everton on Sunday evening, with Cristiano Ronaldo likely to be on the bench again.

However, following Martial’s brace against City, it is unclear whether or not Rashford will be included in Ten Hag’s starting XI.

The Toffees have the best defensive record in the league, while United have conceded 14 goals, which is double what Frank Lampard’s side has.

Victory for the Red Devils would put them back up to fifth in the Premier League, while a win for Everton would put them above United into seventh, barring a Liverpool win at Arsenal.