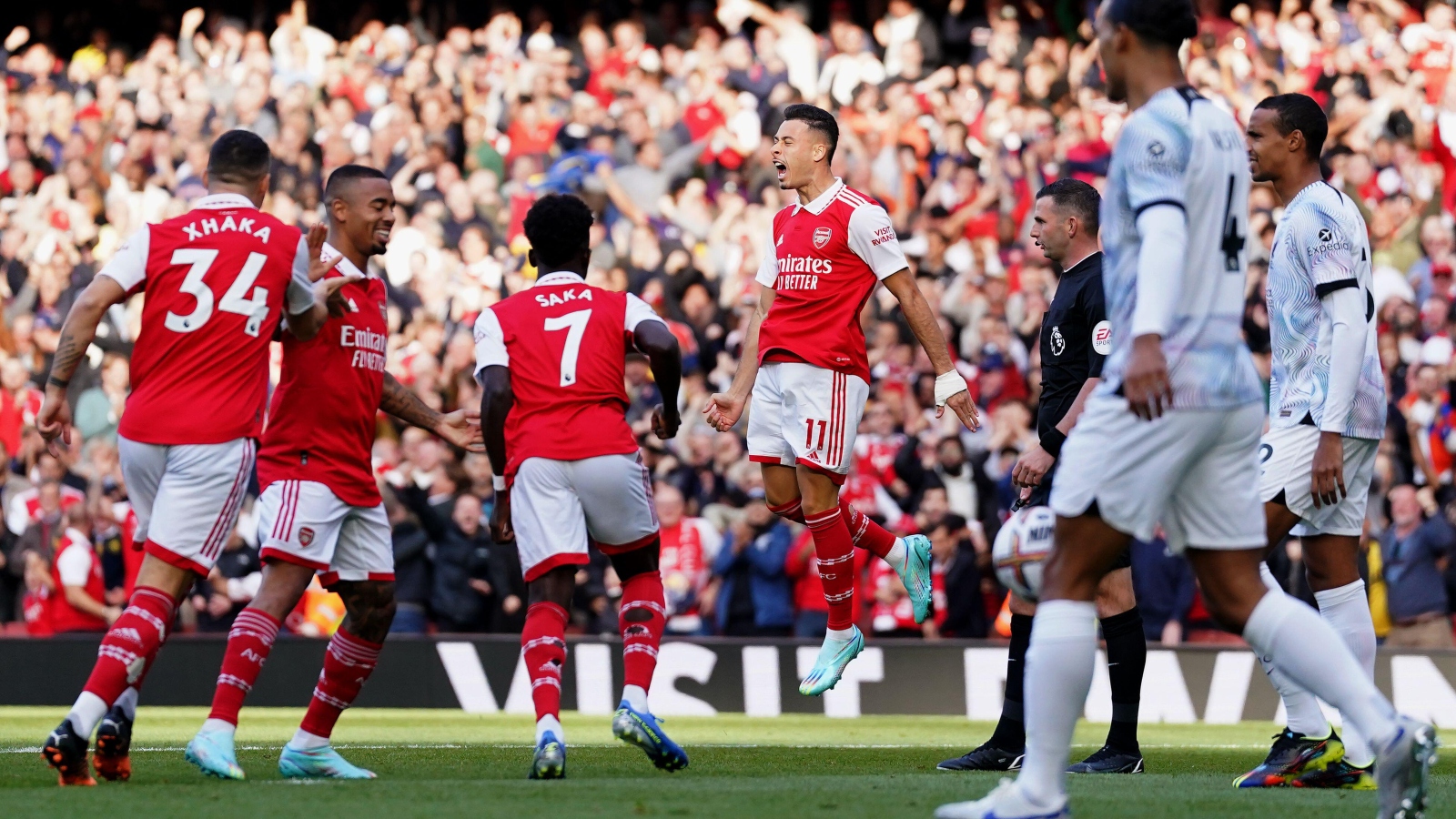 Arsenal duo Gabriel Martinelli and Bukayo Saka are “wonderful footballers” who can give “any defences in Europe or world football a problem”, according to Danny Murphy.

Both players were on the scoresheet on Sunday as the Gunners beat Liverpool 3-2 in a statement Premier League win.

The result put Mikel Arteta’s side back on top of the Premier League and a whopping 14 points ahead of the Reds.

Much is being said about Arsenal’s title credentials given the fact they have won eight of their opening nine league fixtures.

Winning the title ahead of Manchester City is a huge ask, but they are doing everything right at the minute.

Martinelli opened the scoring against Liverpool inside the first minute of the game before assisting Saka in first-half stoppage time.

The England winger scored the winning goal from the penalty spot with 14 minutes remaining.

Both players made it very difficult for the Liverpool defence, in particular Trent Alexander-Arnold, who was substituted at half-time after a difficult opening 45 minutes defending the Brazilian.

Speaking on Match of the Day 2, former Liverpool midfielder Murphy waxed lyrical about Martinelli and Saka.

“Sometimes analysis can be made simple for you by wonderful footballers playing with confidence,” Murphy said.

“Yes, there are always aspects of a game that you want to look at in terms of tactics or mistakes but today, Arsenal, the positivity was there for all to see.

“The two young lads playing left and right for them would be giving any defences in Europe or world football a problem. Great players can force teams into mistakes.

“They’re relentless. They’re so direct and so full of confidence at the moment.”

Murphy continued: “Obviously, to concede in the first minute of a game is a terrible start for Liverpool, but it’s a brilliant goal with both those two involved.

The rest of the first half was pretty even actually and Liverpool got back into the game.

“But Arsenal have these two flying at Liverpool’s [defensive] players. They’ve not just quick and skilful, they have end product to their games.

“Spotting the runs, making the right passes, good decision making. I love everything about Arsenal at the moment.

“They’re well balanced, they’ve got a great set up and that gives them the freedom to go and cause problems. They have a lovely blend of experienced players with these young lads coming in.”

Despite the club’s epic start to the campaign, Martinelli has urged everyone to keep their feet on the ground.

“I think we need to keep our feet on the floor and go game by game and try to win all of them,” he told the club’s official website.

On the game against Liverpool, Martinelli said: “I enjoyed it a lot. It was a great game and I think it’s a game that everyone wants to play, and not just me, but I think all of the players enjoyed the game.”