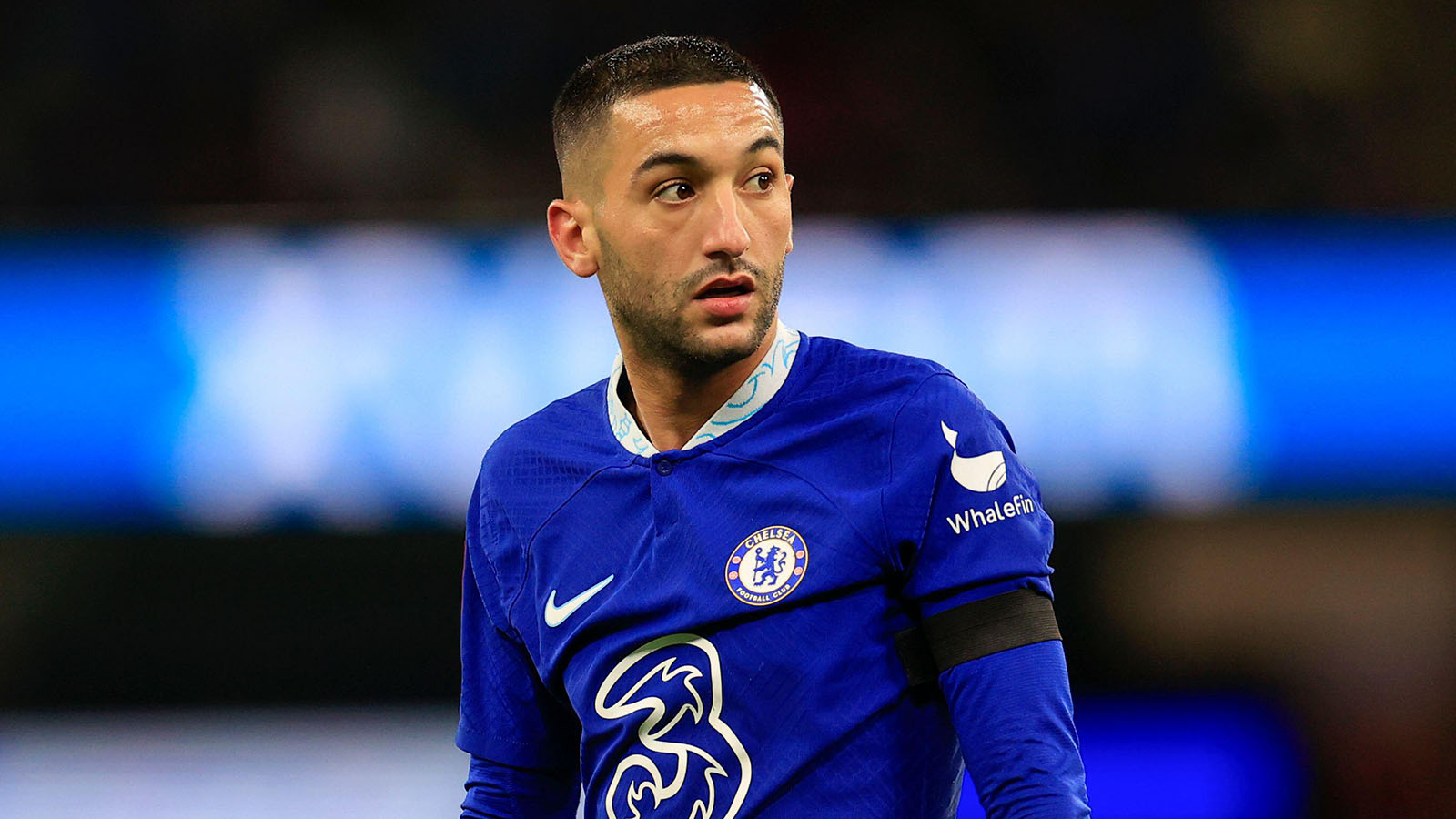 Fabrizio Romano has provided the latest update on the future of Chelsea star Hakim Ziyech as several clubs are interested in his signature.

The Moroccan star had a terrific World Cup campaign, but his minutes for Chelsea this season have been somewhat limited.

Ziyech has started in Chelsea’s last two Premier League matches, although he has only played a total of 424 minutes of league football this season.

The winger assisted Kai Havertz during Chelsea’s 1-0 victory over Crystal Palace and that has been his only goal contribution of the season so far.

Romano has clarified that several teams are weighing up a move for Ziyech, although Chelsea are yet to make a final decision on him.

He told BetVictor: “The transfer market is now into the final days and Chelsea will be probably the busiest team in the last of the transfer window with many possible moves for the Blues.

“Hakim Ziyech is on the list of many clubs as last minute opportunity, as Everton and AS Roma have asked for the Moroccan star but it’s too expensive for the Italian club at the moment.

“The race is open, Chelsea will decide on Ziyech and Conor Gallagher future later this week while Newcastle are more focused on Anthony Gordon from Everton than Ziyech as top target for that position, as things stand.”

Everton recently missed out on a move for Villarreal winger Arnaut Danjuma and could instead look towards the Chelsea star.

Romano also confirms that Brighton midfielder Moises Caicedo is still high on their priority list in the January window.

He adds: “Moises Caicedo is one of the players who’re high on Chelsea list. Graham Potter is big fan, the director Paul Winstanley was at Brighton before joining Chelsea so they know him very well; the problem is…Brighton, because the club doesn’t want to sell.

“Caicedo unless they receive a crazy bid. Not easy at all for Chelsea, despite talks with his new agents; also Liverpool and Arsenal had conversations with player’s agents but it’s really difficult to convince Brighton.”

After securing deals for the likes of Mykhaylo Mudryk and Benoît Badiashile, Chelsea have already spent over £150million during the January window so far.

Ben Jacobs also clarified the situation surrounding Ziyech and laid out how much they currently value him at.

He explained: “Hakim Ziyech is one who is available, and Chelsea could try to cash in on the back of his excellent World Cup with Morocco.

“From Ziyech’s perspective, he’d love a move back to Ajax, but their manager Alfred Schreuder has ruled that out, Milan’s interest has cooled as well, so it’s Roma or Newcastle who are the clubs to watch.

“Chelsea would ideally like to recoup a lot of what they paid for Ziyech, which was around £33million.”

READ MORE: UEFA shutting down FFP loopholes is bad for Chelsea but good for football