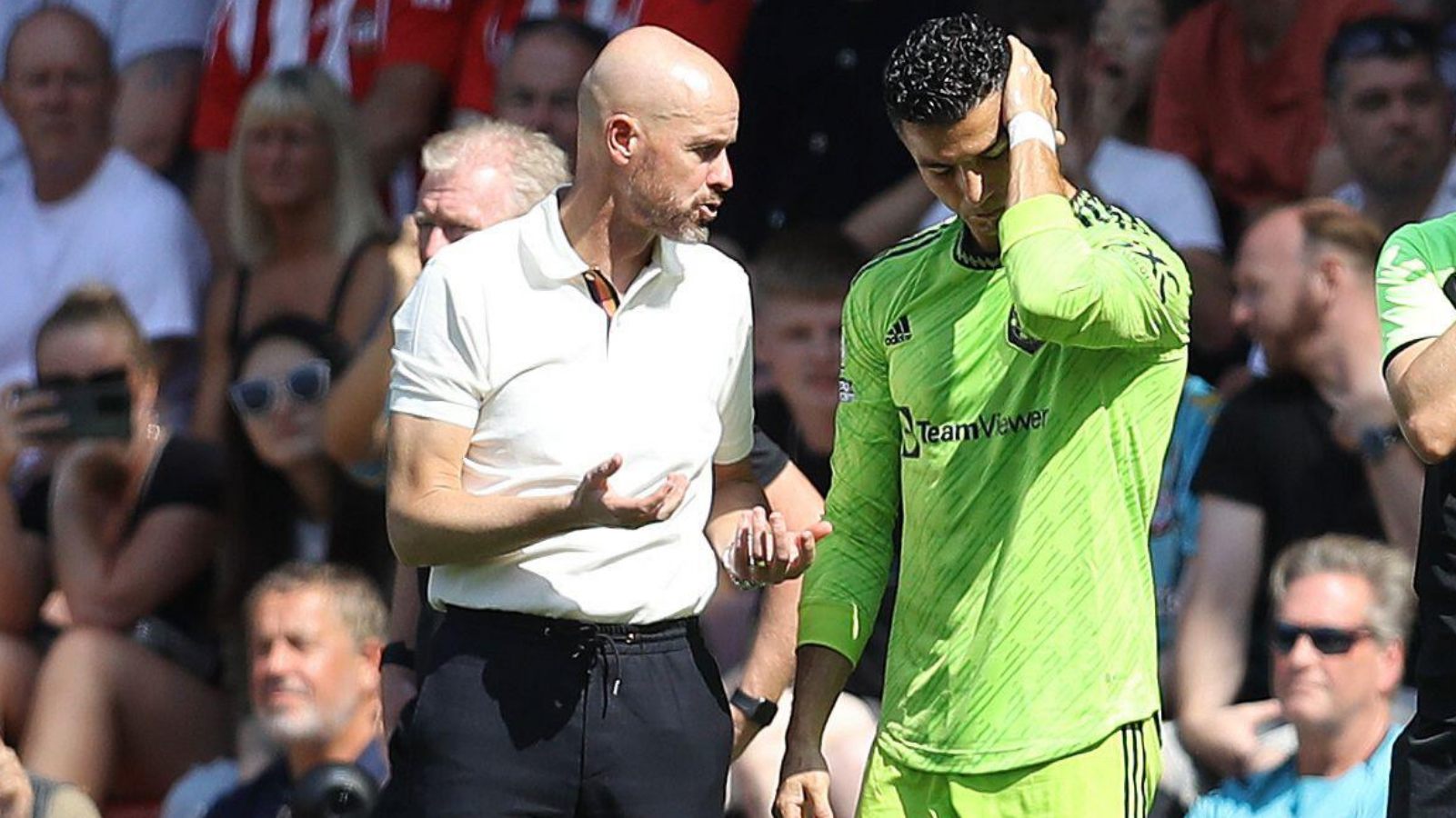 Erik ten Hag admits Cristiano Ronaldo is “p*ssed off” at not playing as the Manchester United boss opens up on the striker’s “mood in training”.

The Portugal international was an unused substitute in the 6-3 defeat to Manchester City on Sunday, with Ten Hag insisting after the game that he opted not to introduce him out of respect for his career.

“I didn’t bring him on out of respect for his big career,” the Dutchman said at post-match. “And the other thing, there was then the advantage I could bring Antony Martial on. He needs the minutes but I don’t want to point it out like that.”

Ronaldo cut a frustrated figure on the bench, and ahead of United’s game against Omonia in the Europa League on Thursday, Ten Hag admits his striker is “p*ssed off when he’s not playing” but says he’s “in a good mood” in training.

Ten Hag said: “He’s not happy that he didn’t play Sunday, don’t get me wrong, but the question was about his mood in training, where he’s happy. Of course, he wants to play and he’s p***** off when he’s not playing.

“It’s always about, you live by the day, you line up the strongest team you had, but there are differences and no one is the same in the team. I treat everyone with respect, but they have all different backgrounds, so I have to treat players to get the best out of them.

“When you are here, when you are happy, satisfied on the bench, this is not the club you have to be. Cristiano is really competitive, he is not happy when he is not playing, but I have to repeat, maybe you didn’t hear, he is training well, he is in a good mood, he is motivated and he gives his best and that is what we expect.”

Speculation remains over Ronaldo’s future at United and there are a number of clubs who could be in contention to sign him in January.

Another player watching from the sidelines for the majority of the season so far has been Ronaldo’s former Real Madrid teammate Casemiro.

The Brazil international, signed from the La Liga giants for £64m in the summer, is yet to start a Premier League game under Ten Hag, who insists the midfielder will “have an important role” going forward.

Asked if Casemiro will start the game against Omonia on Thursday, Ten Hag replied: “We will play tomorrow our best team, we have to construct a team because we want a competitive culture.

“It had nothing to do with Casemiro, it had all to do with Scott [McTominay]. When he wasn’t in the team at Brentford, we lost.

“Casemiro have an important role, we know his background, the titles he’s won, you see every day in training.”