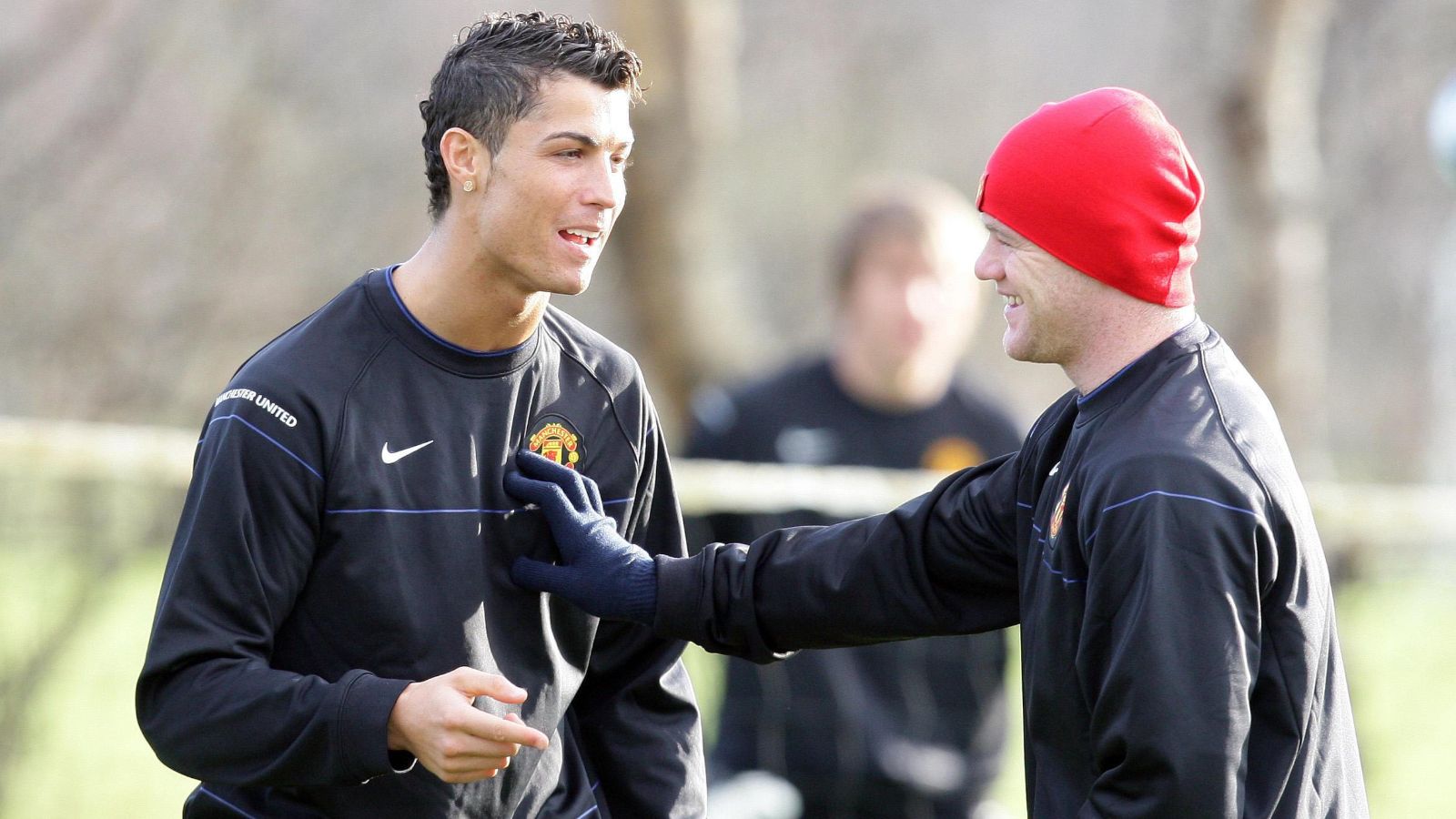 Wayne Rooney has warned his ex-team-mate Cristiano Ronaldo that “time catches up with us all” amid his “tough” situation at Manchester United.

Rooney played with Ronaldo when the latter was at Man Utd the first time around.

The 37-year-old forward returned to the club last summer after spells at Real Madrid and Juventus.

Ronaldo enjoyed a strong season last term on a personal level as he scored 18 goals in the Premier League.

United struggled as a team, though. Rooney was ahead of the curve earlier this year as he suggested that they should have signed an alternative who is “young and hungry”.

When asked if United were right to re-sign Ronaldo, Rooney answered. “You’d have to say no at the minute.

“He’s scored goals, important goals in the Champions League early on in the season. He scored obviously the hat trick against Tottenham.

“But I think if you’re looking to the future of the club, you have to go with younger, hungry players to lift Manchester United over these next two or three years.

“Obviously, Cristiano is getting on a bit. He certainly isn’t the player he was in his 20s, and that happens – that’s football. He’s a goal threat, but the rest of the game they need more and they need young, hungry players.”

You would have to argue that Rooney has been proved right by what’s gone on over the past few months.

Ronaldo was desperate to leave Man Utd in the summer after they were unable to qualify for the Champions League.

The Portugal international did not get his wish, though. He remains at United but he is being used sparingly by Erik ten Hag.

It has been claimed that Ronaldo is at ‘loggerheads’ with Ten Hag as the striker thinks that United should play differently. This is so he can get a game, presumably.

Rooney is now the manager of DC United and he thinks that Ronaldo needs to “stay patient” as his “chance will come”:

“The manager’s obviously gone a different way in terms of how they’re playing and been successful,” Rooney told reporters on Friday.

“Cristiano… him and (Lionel) Messi are two of the greatest players to ever play the game, but ultimately time catches up with us all.

“Knowing him, it’ll be very difficult for him to sit on the bench … I’m sure if he stays patient, his chance will come and, again, it’s then obviously him taking those chances and trying to force his way back in.”

READ MORE: The demise of Cristiano Ronaldo is getting harder to watch. Man Utd are nannying a GOAT