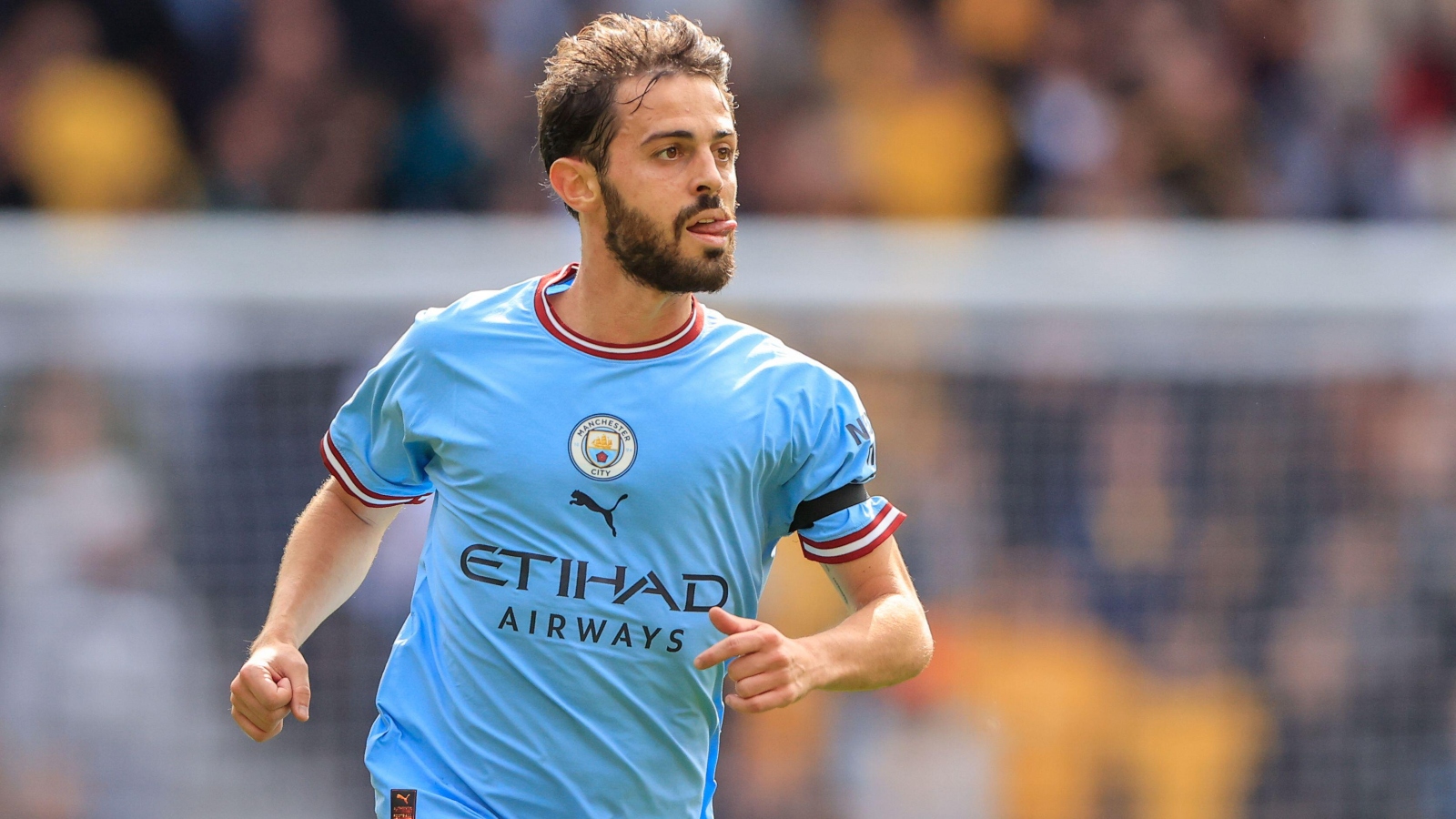 
Manchester City are reportedly set to sit down with Bernardo Silva to discuss his future after a summer full of transfer links to Barcelona.

It was reported that Silva was keen on a move to the Nou Camp after the La Liga giants expressed an interest in signing him.

Despite their difficult financial situation, the Blaugrana were able to splash the cash in the summer transfer window, signing Raphinha, Robert Lewandowski and Jules Kounde.

Silva appeared to be the final piece of the puzzle for head coach Xavi and club president Joan Laporta, but they could not lure the Portuguese playmaker from the Etihad.

The former AS Monaco midfielder was also linked with a move away last summer, with City seemingly more open to his sale then.

However, they were adamant he would not leave this year unless Barcelona coughed up around £80million.

They did not meet City’s valuation but are expected to come back in for Silva in 2023.

Barcelona not pulling their finger out or activating another financial lever or two made the signing of Silva impossible, however.

With the Catalan club’s interest not fading, City are preparing to sit down with the player to discuss his future, according to the Daily Mail.

Silva has less than three years remaining on his current contract and the club are unsurprisingly eager for him to stay.

Pep Guardiola and co want to find out whether or not Silva will pursue a move to Barcelona next year.

It is said that City ‘will not stand in his way’ should an offer worth at least £80m come in.

City ‘appreciate’ the 28-year-old’s ‘honesty’ in previous discussions, but are ‘seeking clarity’ now the summer window has closed.

Talks will commence in the ‘coming months’ and will apparently ‘go some way to dictating’ the club’s transfer strategy next summer.

The potential exit of Silva could accelerate their pursuit of the English teenager.

He will likely cost over £100m and while Dortmund are obviously hoping to keep hold of him, Bellingham’s departure in 2023 looks increasingly likely.

Liverpool and Real Madrid are reportedly interested in signing the 19-year-old former Birmingham City man and are believed to be working very hard behind the scenes already.

Chelsea and Manchester United are also in the equation, while it would not be too surprising to see Paris Saint-Germain or Bayern Munich make an attempt to sign Bellingham.