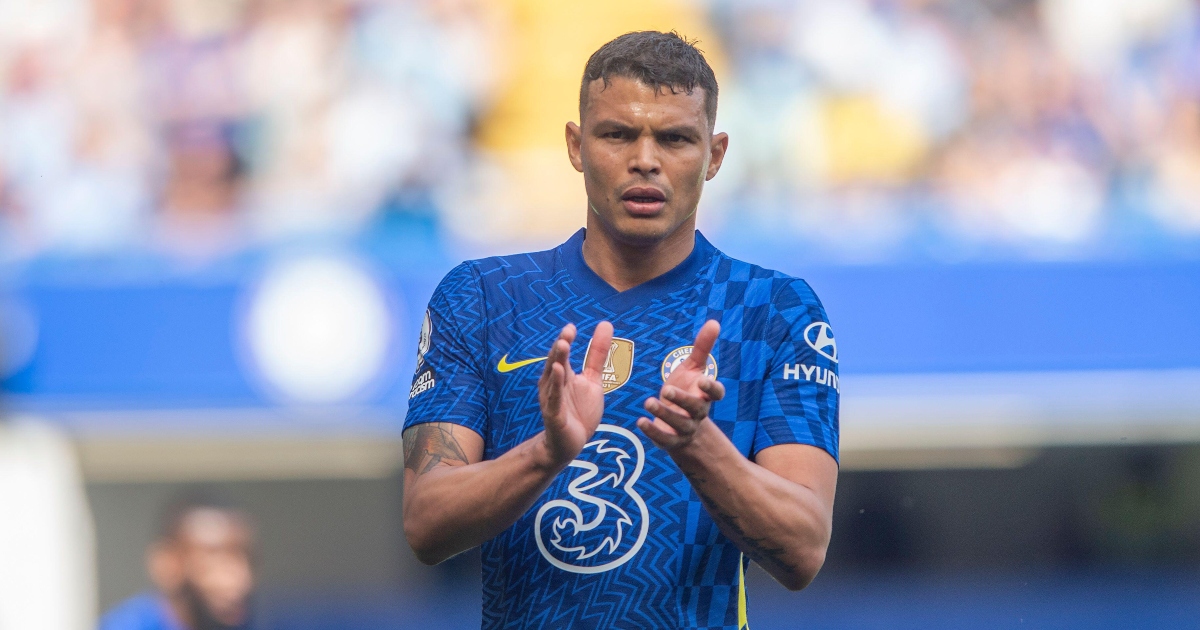 Chelsea defender Thiago Silva is out of contract at the end of the season and faces a major career decision in the upcoming months.

At the age of 38, the Brazilian doesn’t represent a long-term defensive option for Blues boss Graham Potter. Despite this, Silva has started in three of the new manager’s first four games in charge.

The player was last in action during Chelsea’s 3-0 thumping of Silva’s former club AC Milan in the Champions League.

A second victory over the Rossoneri on Tuesday night would put Chelsea on the brink of the knockout stages.

Despite the clock ticking on Silva’s current deal at Stamford Bridge, manager Potter revealed there is no rush.

The player has enjoyed a successful spell at the club since joining from PSG in 2020. Silva has made 91 appearances and was part of the Champions League winning side in 2021.

When asked about the defender’s future, Potter said in his press-conference: “It’s up to Thiago, he will decide.

“He’s a leader, a top professional and a top person. He’s a joy to work with.

“He’s been incredibly impressive on and off the pitch. I see his quality, the level he can play at and the amount of respect he has throughout the game.

“All I can do is try and help him enjoy his football and be part of a winning team. The rest is for him and the club to think about”.

The Brazil international is currently weighing up his options as he ponders another year in the Premier League.

Despite his age, Silva remains one of the best defenders at Stamford Bridge and arguably in the competition.

However, when asked about a potential return to AC Milan, the player did hint at a future coaching role with his former club.

“I can tell you that I already made my history here at AC Milan, so I believe this is not the case at the moment.

“If it could happen at any case, it would have been before me joining Chelsea. But I don’t know about the future. Who knows what will happen in the future, we’ll have to see.

“But I am very happy now to be at Chelsea, a very big club, great professionals. In the future, we will see. Maybe the coach? Who knows?”

As well as his club future, Silva will also be keeping a close eye on the 2022 World Cup.

The Brazil international featured in both of his national team’s recent friendlies against Tunisia and Ghana. Should he remain injury-free, Silva is expected to be on the plane to Qatar.

The player revealed he may make a call on his club future after the World Cup, saying: “It’s not the right time to talk about the new contract.

“What I can tell you is for me now what is important is to keep playing at a high level and achieving the best results.

“There will be a time to talk, before or after the World Cup, because I will need to know about my future and family arrangements.

“It will be an important decision so we will see what happens.”

Brazil will kick-off their World Cup campaign against Serbia on November 24. Tite’s side will then take on Switzerland and Cameroon.