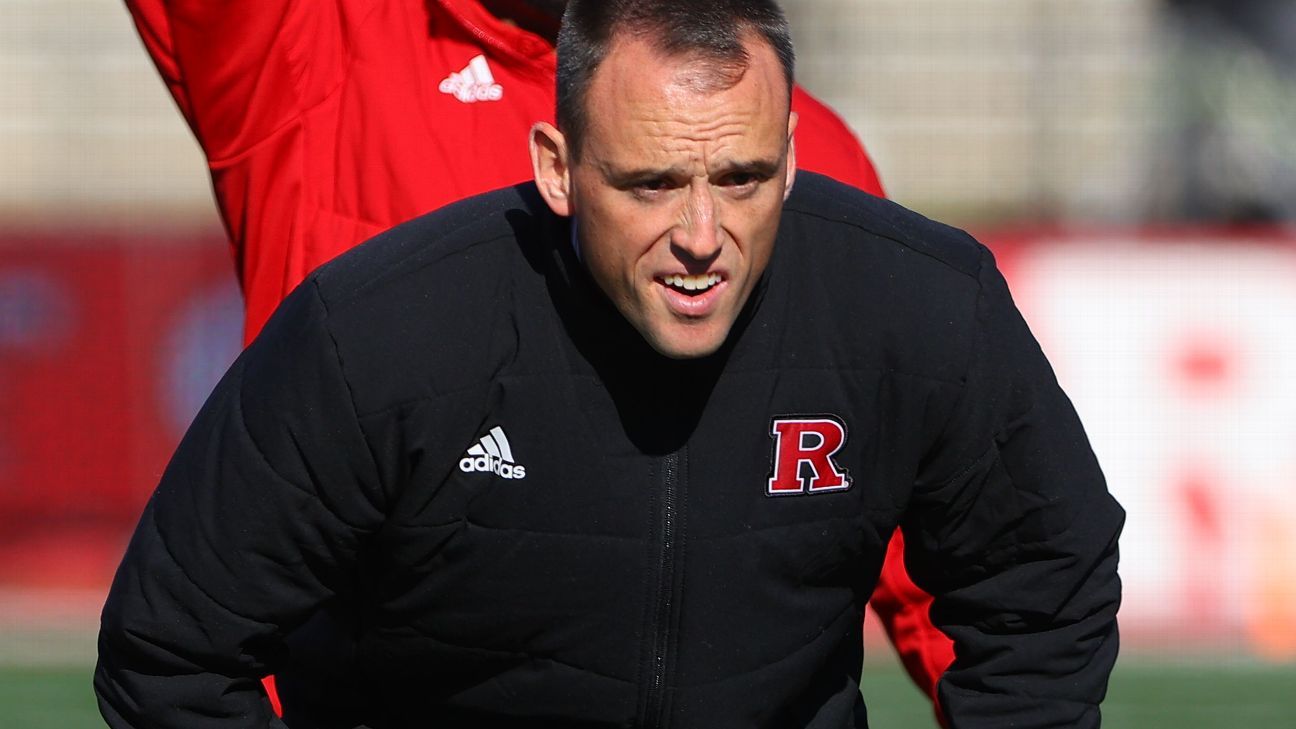 The move was made in attempt to jump-start the program’s struggling offense, as Rutgers ranks No. 108 in total offense (334 yards per game), No. 104 in scoring offense (22.8 PPG) and No. 118 in team passing efficiency. Rutgers is 3-3 and 0-3 in the Big Ten after failing to score in the second half against Nebraska on Friday night and falling 14-13.

Gleeson is a New Jersey native who came to Rutgers after spending the 2019 season as the offensive coordinator and quarterbacks coach at Oklahoma State. He arrived there after a successful stint at Princeton, where he earned a reputation for explosive and creative offenses.

But after some flashes of ingenuity and optimism in Gleeson’s first season in 2020, Rutgers’ offense struggled in 2021. Last season, Rutgers finished No. 120 in scoring offense and total offense.

In Greg Schiano’s third season at Rutgers, the strides made by the defense had far outpaced the offense. Rutgers has the country’s No. 14 total defense and the No. 16 third-down conversion percentage defense. The Scarlet Knights struggled to move the ball in recent losses to both Iowa and Nebraska.

Rutgers has played a revolving door at quarterback all season because of injuries and limited effectiveness, as Gavin Wimsatt, Noah Vedral and Evan Simon have all played for extended periods. The lack of continuity has bogged down the offense.

Tight ends coach Nunzio Campanile will be the interim offensive coordinator and quarterbacks coach. Campanile is a former interim coach at Rutgers, taking over after Chris Ash was fired. He also spent eight seasons as the head coach at Bergen Catholic, a New Jersey powerhouse program.