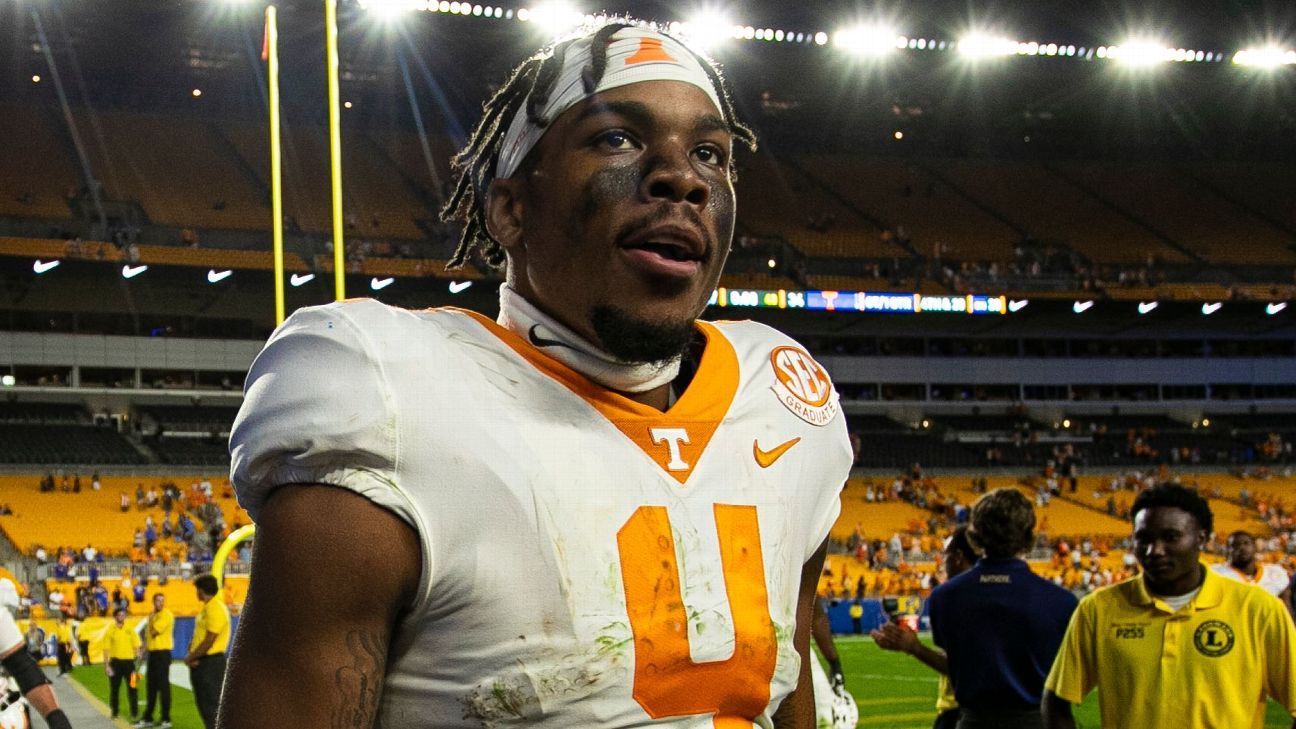 KNOXVILLE, Tenn. – No. 6 Tennessee will be without two key starters in its game with No. 3 Alabama on Saturday. Sources told ESPN that both senior receiver Cedric Tillman and senior safety Jaylen McCollough will not play.

Tillman has been out since injuring his ankle against Akron on Sept. 17. He had tightrope surgery on the ankle on Sept. 20 and was still limited in practice this week.

Tennessee coach Josh Heupel said this week that the staff is going to make sure that Tillman is 100% and fully recovered from the surgery and “ready to go play the way he does” before he’ll return. With Tennessee playing UT Martin of the FCS next week, Tillman’s potential projected return shifts to the Kentucky game on Oct. 29.

Tillman is the Vols’ top wide receiver and deep threat for star quarterback Hendon Hooker. In his absence in the last month, Hooker has shifted targets to slot receiver Jalin Hyatt and USC transfer Bru McCoy.

McCollough is inactive and will not play against the Tide after being arrested on felony charges of aggravated assault earlier in the week. His status for upcoming weeks remains uncertain.

McCollough is a senior safety who has started for Tennessee since the final six games of 2019, his freshman season. While he’s not one of Tennessee’s top NFL prospects, his experience and knowledge of the defense will be missed in the back end.

Expect junior Doneiko Slaughter to play in his place and redshirt freshman Andre Turrentine, a transfer from Ohio State, to get more snaps.