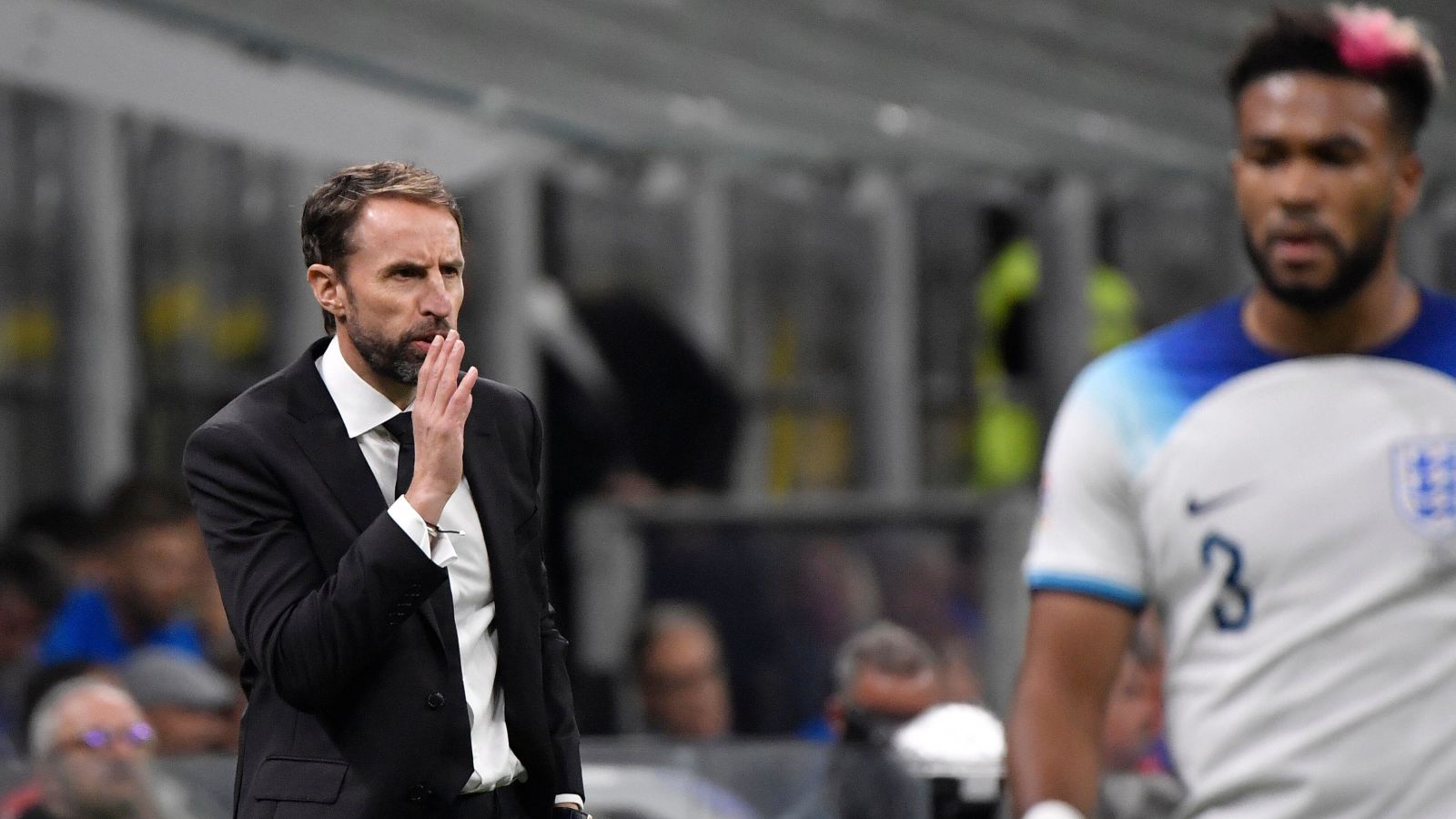 Gareth Southgate understands why travelling fans booed him at full-time but was bullish about England’s performance after a defeat to Italy that saw them suffer Nations League relegation.

Considered among the favourites to win the World Cup in Qatar, things have gone awry for the Euro 2020 runners-up at just the wrong time.

Nations League defeats to Hungary bookended a miserable four-game slog in June, with the 1-0 loss in Budapest followed by draws at Germany and behind closed doors against Italy.

The 4-0 Molineux mauling against the Magyars left them at a crossroads heading to Milan, where Giacomo Raspadori secured the absentee-hit Azzurri a 1-0 victory that condemned the Three Lions to relegation from the top tier.

It was an embarrassing bump in the road just 59 days out from their World Cup opener against Iran and led to some of the 4,415 travelling fans booing Southgate at full-time.

“Look, really difficult to pinpoint why we’re not scoring because I think we’re getting into the right areas,” the England manager said.

“We had the moments we would have had in the past. We just didn’t deliver that final piece of quality tonight.

“I understand the reaction at the end because that’s the results we’ve had in this competition and, yeah, it’s an understandable emotional reaction.”

England’s five-match winless run is their longest since 2014 and means they were relegated with Monday’s Nations League home match against Germany to spare.

“Well, difficult for me to be too critical of the performance,” Southgate said. “We had more possession, more shots, more shots on target. I think for large parts we played very well.

“We didn’t deal with the decisive moment defensively and we had moments where we had the chance to be more decisive in their final third and our quality wasn’t quite right.

“It’s a spell where of course ultimately results are going to be the thing that everyone reacts to, but I thought there were a lot of positive signs for us as a team tonight.

“I think there was lots of good individual performance. I personally thought the performance is a step in the right direction.

“But I completely understand, because of the result, that is not going to be the reaction externally.”

In truth, it was a tepid response by England to June and an alarming penultimate match before the World Cup given the side looked toothless in attack and frail at the back.

“We’ve said we’re not in an ideal situation in terms of numbers of players playing at a high level regularly,” Southgate said. “But we’ve got to keep working at it and we’ve got to make sure we stay on track.

“There’ll be a huge amount of noise, of course, but that’s been created from the summer, really, and I totally understand that.

“The players in the dressing room know that this was a game they well could have won and if they take their chances and defend the goal better then we do win. It’s fine margins.

“We’re playing some of the biggest football nations and the fine margins are decisive.”

Italy will not be at the World Cup this winter and manager Roberto Mancini was pleased by his side’s victory on Friday night.

“We defeated England, which is one of the strongest national teams in the world,” he said. “The game system does not matter.

“What matters is the personality that a team has, the desire to attack and stay high – and we were very good in this sense. The victory was deserved.”