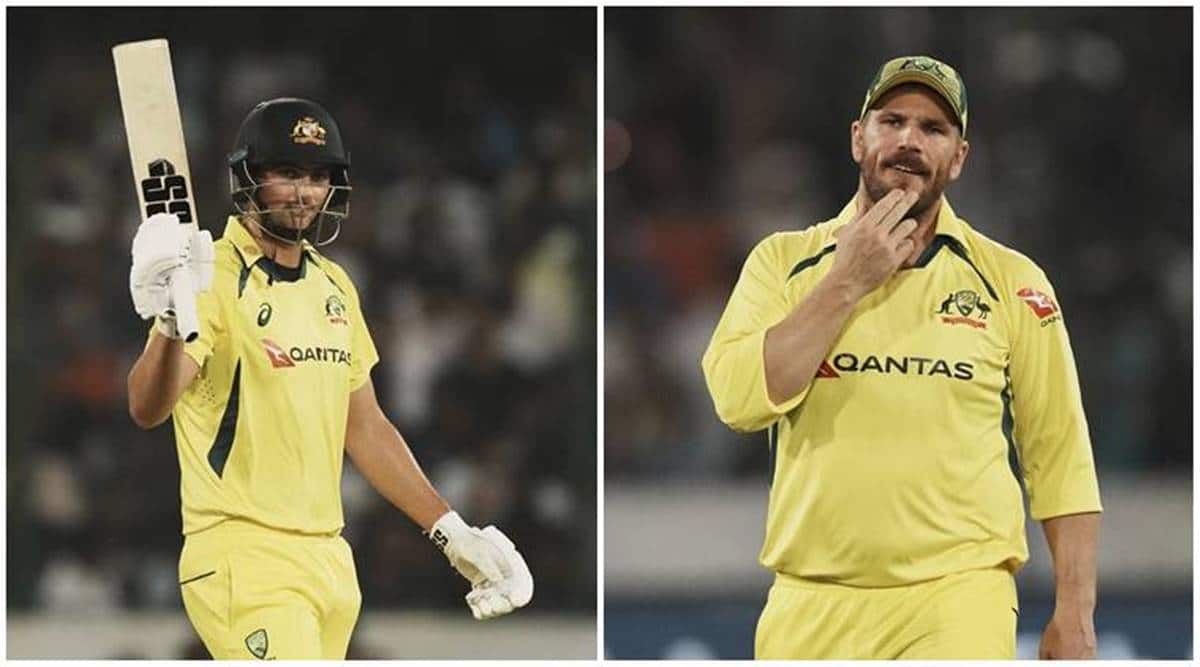 The in-form duo Green and Tim David had retained their spots in the side at the Metricon Stadium’s drop-in pitch, in the side for Wednesday’s clash on the Gold Coast, despite Green not being picked in the Aussies’ 15-man squad for their World Cup title defence. David had debuted last month, and kept his place with Stoinis still recovering from a side-strain.

In another development according to Fox Sports, Australian selectors chose to not send their first-choice bowling attack for Sunday’s T20 clash with England at Perth, to limit their workload heading into the World Cup defence in November.

“Pat Cummins, Mitchell Starc, Josh Hazlewood, Adam Zampa as well as Glenn Maxwell, who all played in Wednesday’s win over the West Indies, won’t make the 5½ flight from the Gold Coast for Sunday’s game,” Fox reported.

In Wednesday’s game, Green ended up opening with Finch’s regular partner David Warner, who was back in the team along with Mitchell Starc and Mitch Marsh after that trio all missed the recent three-game T20I series against India.

“The 26-year-old Tim David, who won a World Cup spot in unconventional fashion on the back of strong performances in overseas T20 leagues, has been preferred over Smith in a strong sign he has the inside running for a berth at the tournament that begins later this month. Smith had a long hit in the nets before play, and he faces an uphill battle to reclaim his spot in the team for the World Cup with Stoinis still to come back into the side,” cricket.com.au wrote.

Finch was quoted as saying putting David vs Smith: “Smudge’ (Smith) has played a really important role for us being flexible through the powerplay or potentially sliding a little bit outside the powerplay. That shows the depth of the squad and the strength of it that we’re having those tough calls to make it at various times. It’s a really good problem to have.”

For Stoinis, the match loomed as a key fitness test for the all-rounder who didn’t go on Australia’s recent tour of India or play against the West Indies as he recovered from a side strain, Fox added. “With boom batter Cameron Green looming as a potential World Cup replacement, Stoinis needs to show he can perform.”

Earlier, Finch had denied Green could come in on the last stretch, but Wednesday”s change in batting order started a fresh round of debate. Finch was quoted by ESPN Cricinfo earlier: “I don’t think so (about Green). It’s just one of those things. He had a really good tour of India. It was good for him to get an opportunity to open the batting so he’ll get more opportunities. I think he’ll get an opportunity at some point in this series. Obviously, his batting is exceptional and he shows a lot with the ball. He keeps improving every time he gets an opportunity but over the next few weeks, he’ll get a run no doubt.”

“Marsh and Stoinis – both of whom missed the three-match T20 series against India – played pivotal roles in Australia’s World Cup victory last year in the UAE. Marsh, who hasn’t played since the first ODI against Zimbabwe in Townsville, won the Player of the Match award in the final against New Zealand for his 50-ball 77*,” Fox wrote.

Selection chief George Bailey wanted the squad fresh for World Cup. Those players who don’t travel to Perth will be used in the second and third clashes with England in Canberra next week, he said. “The high-performance team and selectors have planned these matches to ensure our squad get to the World Cup fresh and ready to perform. With some players remaining on the east coast, it provides further opportunity for Nathan Ellis and Daniel Sams who both performed well in India. Likewise, Mitchell Swepson was a part of last year’s World Cup squad and continues to provide good depth in our T20 spin bowling department,” he said.

Fox quoted a baffled Mark Waugh saying Australia’s selectors have been “caught on the hop” ahead of this month’s T20 World Cup following Cameron Green’s coming of age. In the absence of David Warner, Green had a breakout series with two explosive half centuries. However, Australian coach Andrew McDonald called Green’s time in the sun as “fortuitous” but said the selected squad would be backed to lift the World Cup again

“Well, I’m not sure (about the selections),” Waugh said on Fox Cricket. “I mean Cameron Green was outstanding opening the batting in India. The thing is he’s not in the World Cup squad, so if you’re preparing for the World Cup why would you open with him? Wouldn’t Aaron Finch be opening the batting if you were preparing for the World Cup, so I find it a little confusing. I’ve got no doubt about it, if Cameron Green is in our World Cup squad it is a better squad. He’s that good a player. At the moment, you can only get in if there’s an injury so who knows what’s happening there with Marcus Stoinis, Mitch Marsh coming up from injury but it’s interesting isn’t that he’s opening tonight.”

Former Australian vice-captain Brad Haddin agreed to Fix: “Yeah, I find the decision odd to be honest. They’re preparing for a World Cup … they’re obviously thinking about this game only to win because it makes no sense otherwise to be playing Cameron Green when he hasn’t even been selected in this original squad.”

Waugh, who won the 1999 ODI World Cup and went on to be a national selector, told Fox Australia were a better side with Green in it. “I mean, the Australian selectors would love to have Carmen Green in there, but they’ve been caught on the hop,” he said.

“Now they’re thinking how do we get him in there, but they’re going to stay loyal with the players that picked originally.”

Haddin said Steve Smith would be “filthy” for not playing in the T20 opener, and Waugh backed David as a must-pick for the World Cup and said Smith was in danger of being dropped permanently.

“I think Tim David’s got to play in the World Cup, I think he’s an outstanding prospect. Steve Smith’s a world class player but even a guy like Joe Root, he doesn’t get in the English T20 team either. Steve Smith, look, he’s still an excellent player, but he’s striking there of 113 at age 33 (since 2021), I don’t think you’re going to make too many T20 sides, especially the caliber of Australia.So yes, he can play a role, he can knock it around in the gaps if the Australians do get in trouble. But here’s Tim David, this is what he offers and I think T20 cricket’s really turning into a power game. It’s hard to be knocking back someone like this if he’s in your squad and not picking him in the XI.”