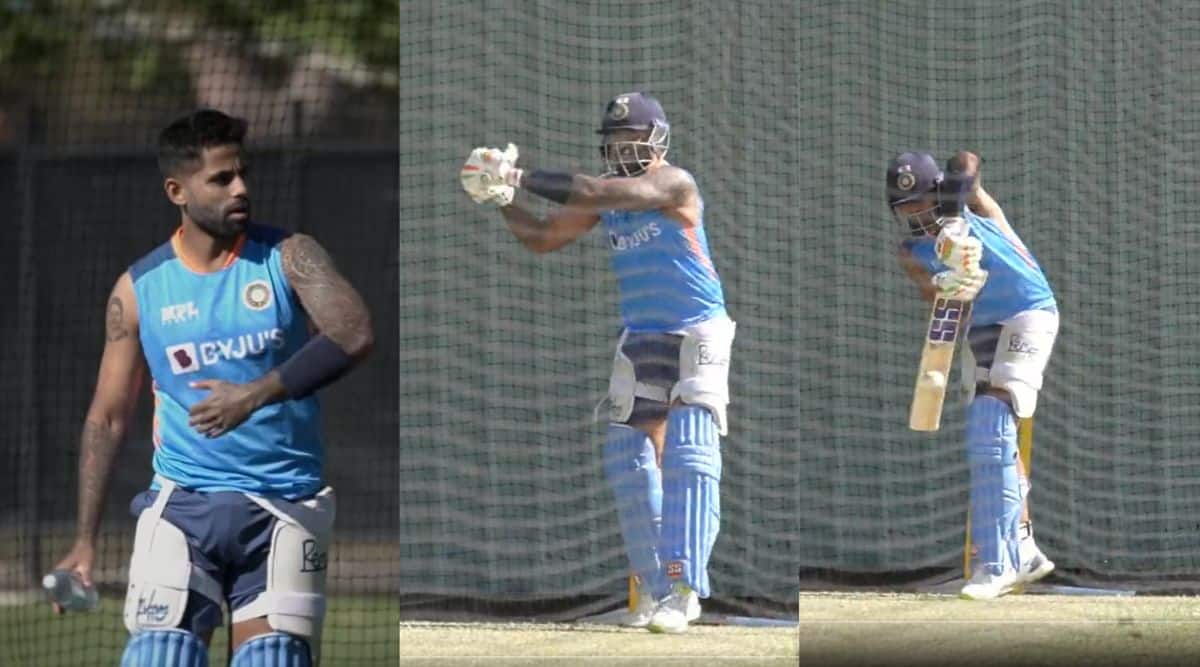 There is no doubt that Suryakumar Yadav is India’s most bankable T20 match-winner. There is also no more reassuring sight than Suryakumar Yadav striding out to bat in a T20 game. In the upcoming T20 World Cup, India’s chances to win would be riding on his performance.

Team India had hit the ground running in Perth and has started their final preparations ahead of the world tournament.

#TeamIndia batter @surya_14kumar had his first nets session in Australia. 🗣️Hear in to what he has to say on the conditions down under and preparations going into the @T20WorldCup pic.twitter.com/HaI6hjVNsu

India’s Mr dependable in the T20I, Suryakumar Yadav, shares the experience of India’s first training session in Australia before the T20 World Cup.

“I was really looking forward to coming here and attending the first practice session. Go around the ground, have a walk, and feels what it’s like. The first net session was really amazing, I just wanted to see the pace of the wicket and bounce,” he said in a recent video posted by BCCI on Twitter.

About the preparation, the 32-year-old said there is a bit of nerve, but he is following his process.

“Thoda butterfly hai, excitement bhi bahut hai (There is excitement as well as butterflies in my stomach. But at the same time, it is important to adapt quickly and follow your own process and routine follow, which is most important,” he said.

Exactly two weeks from now, India will be playing Pakistan to kickstart their World Cup campaign at the Melbourne Cricket Ground on Sunday, October 23.

Surya, who has been in red-hot form for India in the T20Is, also talks about his preparation for the T20 World Cup.

“In Australia, to make prepare your gameplan, bounce, pace and grounds dimension are very crucial, and I am looking at all these aspects,” he said.

Chahal TV 📺 from Down Under 👏 👏@yuzi_chahal chats up with @HarshalPatel23, @HoodaOnFire & @arshdeepsinghh as the #TeamIndia quartet shares its excitement ahead of its maiden #T20WorldCup. 👍 👍 – By @RajalArora

Unlike his teammate Yuzvendra Chahal, who on Saturday said that it is freezing cold in Australia, Surya likes the Australian weather.

“It’s very beautiful in the daytime. There is a bit of cool air. But overall, Weather is same like India,” he said.