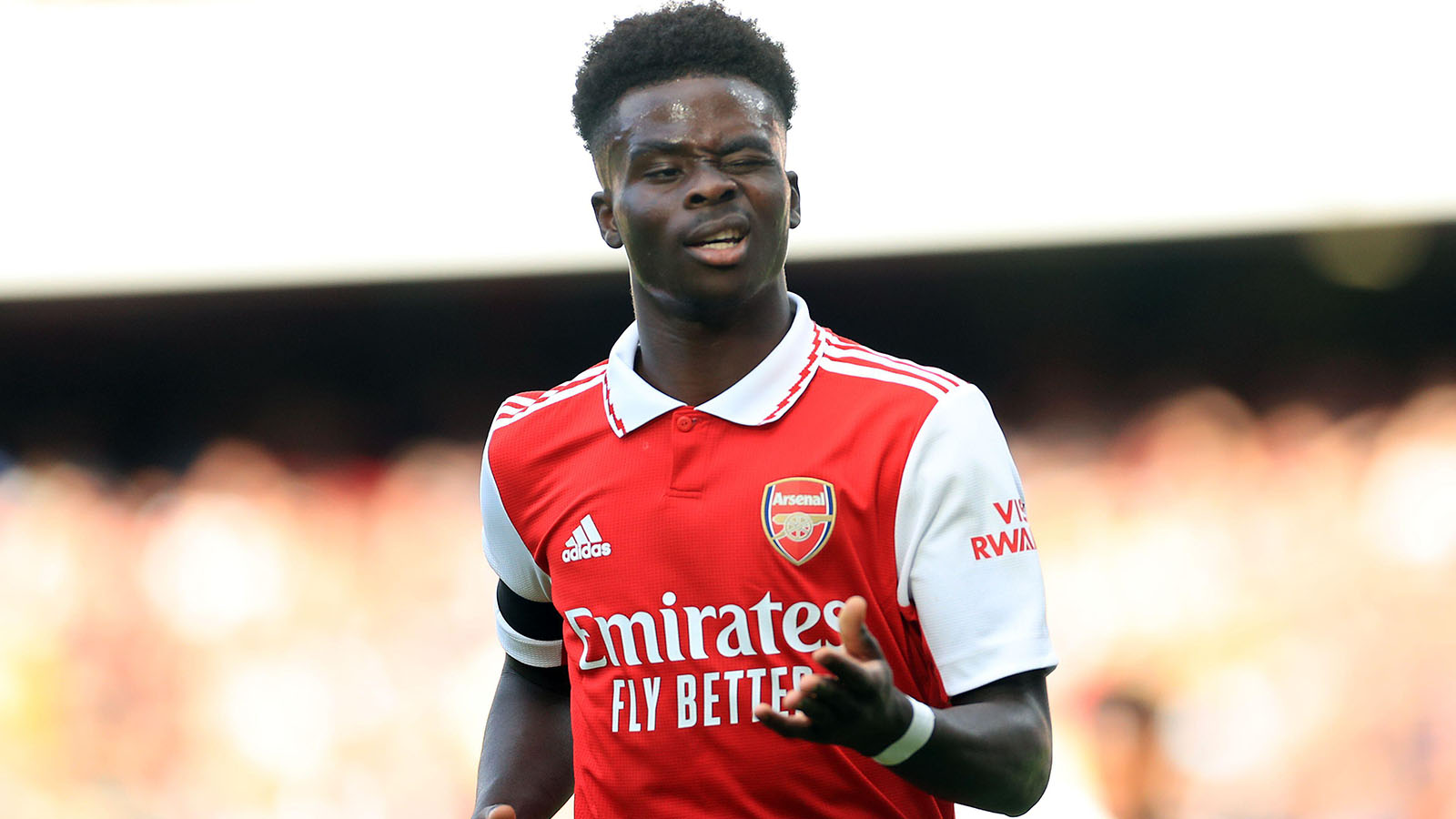 Arsenal’s Bukayo Saka has been named as the England Men’s Player of the Year, beating the likes of Harry Kane and Declan Rice.

The 21-year-old was presented the award by a local grassroots team before taking part in a Q&A.

The winner was decided by a public vote and the Arsenal man came out on top, with Rice coming second and Kane finishing in third place.

Saka has matured into one of England’s finest talents since making his debut back in 2020.

The award winner has made a total of 18 appearances for England, scoring four goals in the process.

After the disappointment of the Euro 2020 final, Saka responded with his best season to date at Arsenal.

Upon winning the award, Saka explained: “I’m so happy, I can’t put it into words how happy I am.

“To play for England is special.

“To get picked to play for your country is another level of honour and proudness in yourself.

“You’re just happy every time you get to come here and put on the shirt and play at Wembley in front of all the fans, it’s a beautiful feeling.”

Saka has five goal contributions in his first seven Premier League matches this season with one goal and four assists.

The England international has become a key component in Mikel Arteta’s Arsenal side, who currently sit at the top of the Premier League.

England will face Italy and Germany in the Nations League during this international break and Saka will be hopeful to have an impact.

England currently sit at the bottom of League A Group 3, but a string of good results could see them move off the bottom.

Saka had his role to play in England qualifying for the World Cup as he scored three goals during the qualifying process.

The Arsenal youngster is still waiting for his first goal at a major tournament and he will be hoping to have an impact in Qatar this year.

Gareth Southgate certainly isn’t shot of options when it comes to right-sided forwards as the likes of Saka, Jarrod Bowen, Jadon Sancho, Phil Foden and Raheem Sterling can all play in that role.

The England manager seems to value what Saka brings to the team though and right now you’d assume he is the first choice in that position.