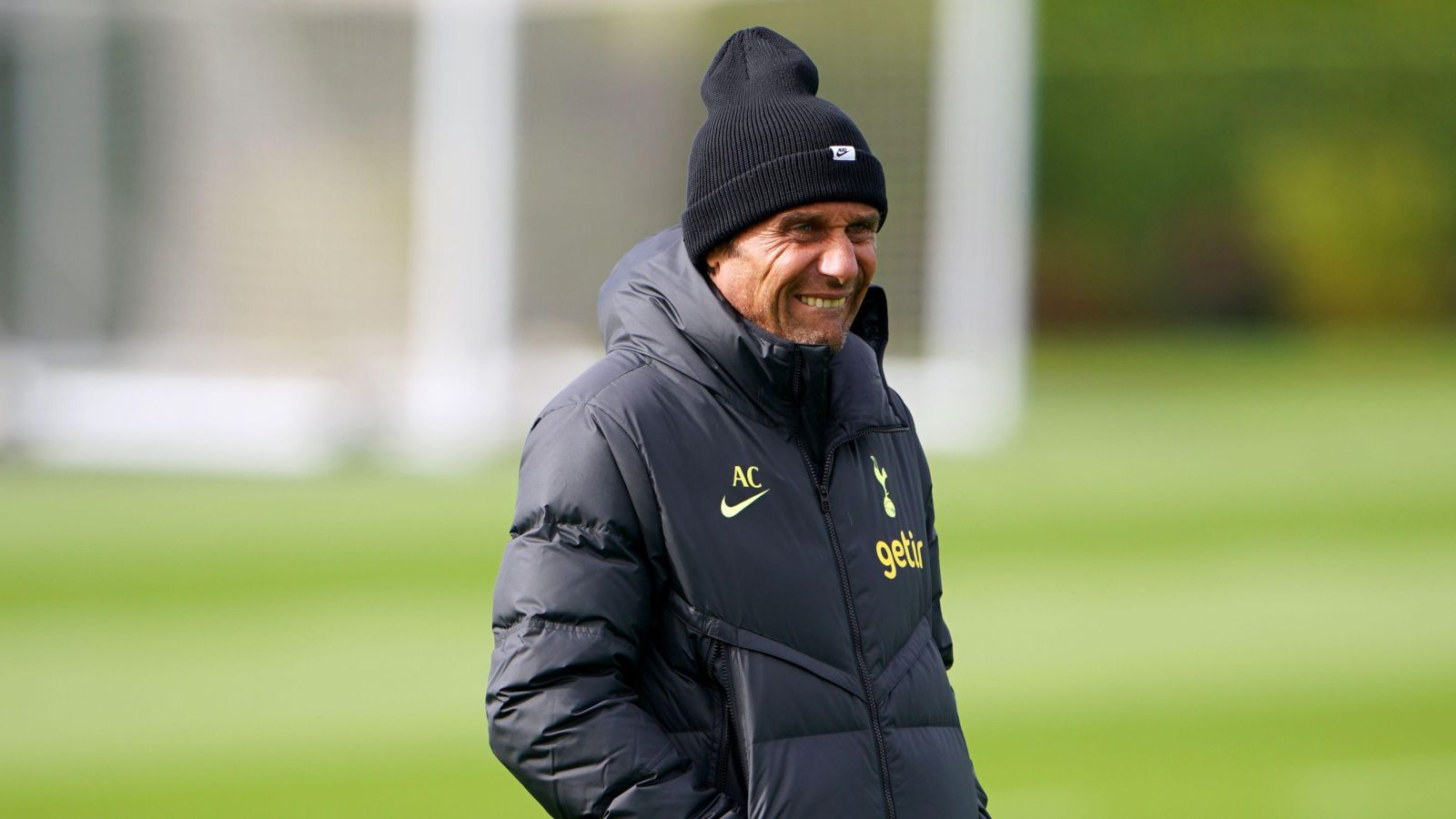 Spurs have had a good start to the new season with Conte’s side only losing one of their opening eight Premier League matches.

That defeat came on Saturday when arch-rivals Arsenal beat them 3-1 at the Emirates Stadium in the north London derby.

Emerson Royal has started as Conte’s right wing-back in all but one of their Premier League matches so far this campaign – but the Tottenham boss will be forced to use Spence or Doherty as Royal is now banned for three matches after being sent off against Arsenal.

Spence, who signed from Middlesbrough in the summer, has made just one substitute appearance in the Premier League this season, while Republic of Ireland international Doherty has come off the bench twice.

When put to Conte that Tottenham supporters are hoping that they will see more of Spence, Conte replied: “The fans have to be fans.

“The fans is the fans, I understand they can think everything but I see every day what happens during the training session.

“I try to do the best for the team. If they trust me, then they trust me, but the choices are mine. If I didn’t decide to pick one player it’s maybe because he’s not ready.

“We are talking about a young player with a good prospect, but I repeat I try to pick the best team.

“Also Doherty last season played every game. Now I’m not seeing him in the right way to start the game. I’m not stupid, I don’t want to lose. I try to put the best team, to pick the best team.

“If they trust me it’s ok, if they don’t trust me then I’m the coach and I need to take the best decision for Tottenham.”

Tottenham are back in action on Tuesday night when they face Eintracht Frankfurt in the Champions League and Conte is hoping that they can get the north London derby defeat out of their system.

“We have a chance to play another game. I think this is important,” Tottenham boss Conte said at his pre-match press conference.

“After a loss you want to play another game quickly, and we have this possibility tomorrow.

“We know very well the game will be very tough because we are playing against Eintracht Frankfurt, they won the Europa League last season.

“We are talking about one of the best teams in Germany. At the same time we want to play our cards here.