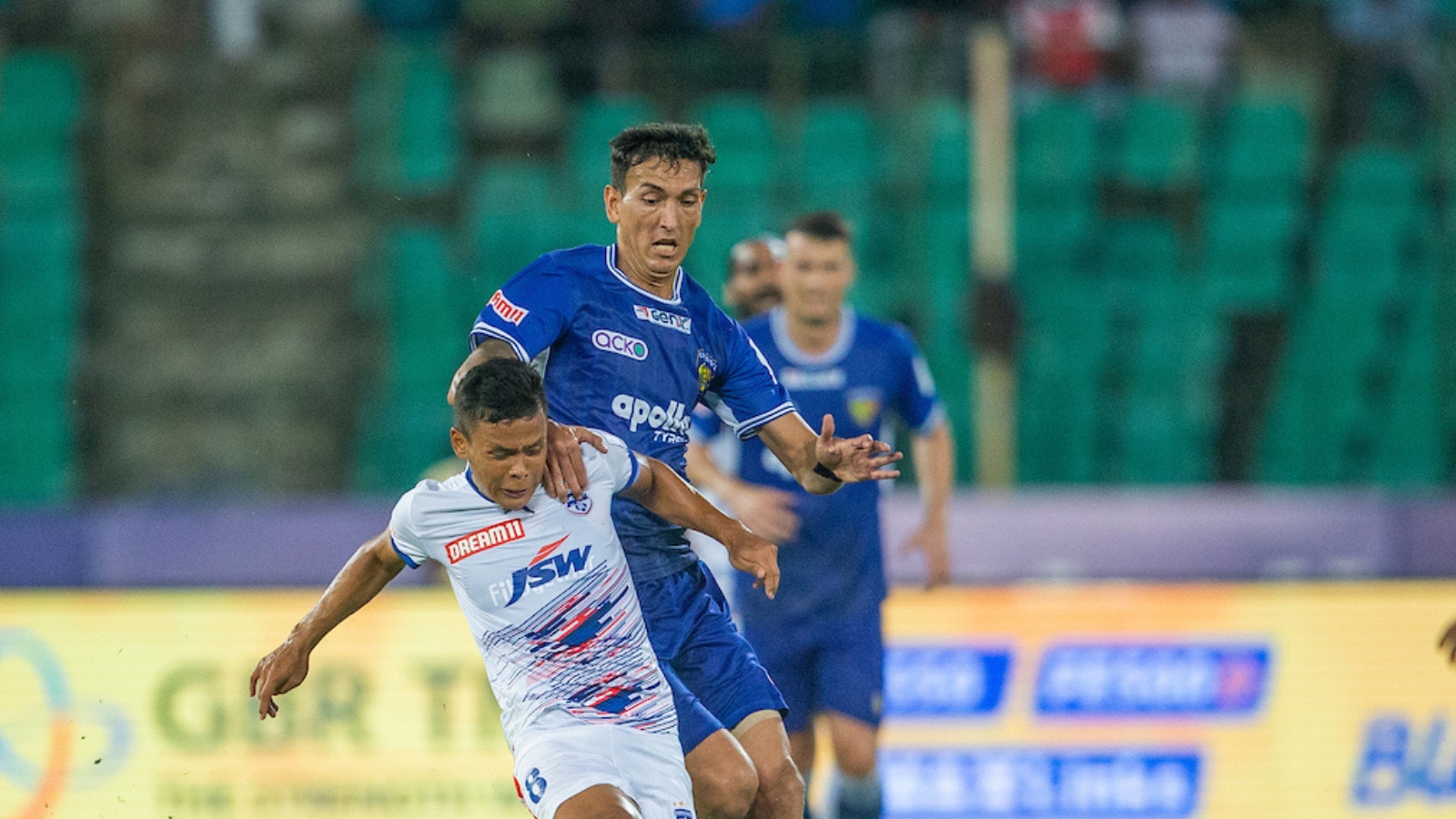 Chennaiyin FC’s new gaffer Thomas Brdaric was treated to a booming reception as the fans of the local team took to the stadium in numbers on the return of the boys in blue to their home ground.

The German coach was delighted to see the turn out as the team bus pulled in to the stadium a couple of hours before kick off and the Chennai faithful were gathered right outside the gates to receive the team. Flags, flares and facepaint were all on display as percussionists carrying their instruments ensured that everyone around the Marina Arena was jumping for joy.

The man from Nurtingen named an unchanged line up from their comeback victory against ATK Kolkata on match day one which could be interpreted as the confidence and belief he has in his team and his tactics.

“As a coach and I do not like to change a lot of things. We worked very hard for three months and I rely on my players. I feel everyone must deserve their sport in the squad,” he began giving us a glimpse into his footballing philosophy.

“Kari had a little issue with his calf and that’s why he was limited in his opportunity,” he said on his decision to once again start goal scorer Kwame Karikari of Ghana on the bench.

“We work in a professional way and I ask high intensity from my players. To work hard and create opportunities and to be able to take those opportunities in turn.”

“And sticking with the players and giving them confidence to improve is essential,” he explained.

The 47-year-old opted to start the game against Sunil Chhetri lead Bengaluru FC with Croat Petar Sliskovic leading the attacking line and it ultimately paid off as the striker played a brilliant ball in behind the opposition defense to give Prasanth a chance to level the game, after falling behind to a 5th minute Roy Krishna header, and the number 66 duly obliged as he put the ball past BFC’s goalkeeper, Gurpreet Singh Sandhu, at the closing moments of the first period.

Sliskovic also kept Gurpreet Singh busy, forcing him to make multiple reflexive saves to ensure visitors BFC had to work hard to lay claim to the one point they managed to pick up on their travel. The home team could have had more but for the Indian number one.

“Football needs luck. You have to deserve luck.”

“Everyone wants to deliver, but we have to deliver at the right moment. Our subs today put up a good performance too which is a good sign.”

He also shed some light on the depth and quality of the team’s roster as he mentioned “We have a big squad and everyone will get the opportunity to prove themselves, and to be an important part of the team.”

“We acknowledge the experience of the coaching staff and need to provide the players with the right opportunity.”

CFC’s new boss, who has spent the majority of his managerial career in his homeland, also discussed the difference in scenarios between European football and the game in the Indian sub-continent scene as he comes to grips with the ground reality of Indian football.

“Indeed, it is a different continent. The football is different too. I like the attitude of the players in India. We want to develop these players and the foreigners are here to guide them in their pursuit and rise their levels. We have good potential; we have quality local players. They need to use the opportunity to their advantage to prove themselves and establish that they have the ability to play at a very high level.”

“The players have to be ready for it. It is simple to bring in a couple of players and just play. But we need to judge and analyze who is the best person for the respective position as the coaching staff work on it every day.”

“We try to improve all the time. The team has done well in the past and with hard work, we at the team, the owners and the fans believe that we can replicate it.”

After having played two games in the ongoing season of the ISL, Chennaiyin have 4 points on the board. CFC take on FC Goa on the 21st of October at the Jawaharlal Nehru Stadium in Chennai and Brdaric will seek the support of the boisterous Madras crowd to egg their city’s team on.