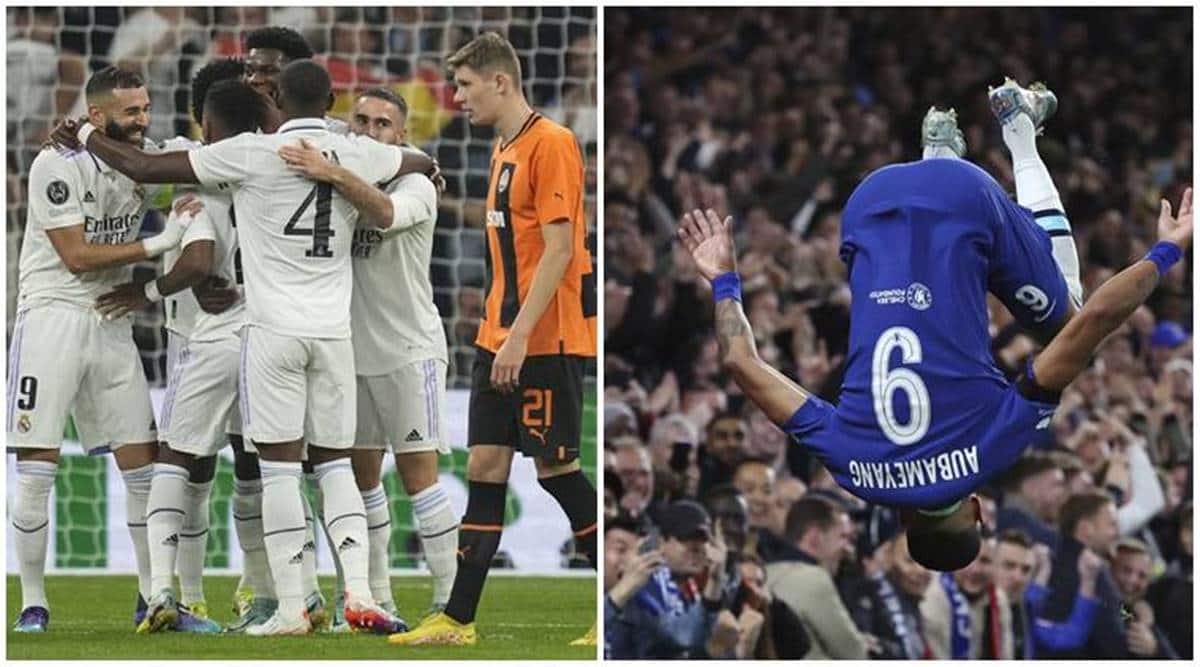 It didn’t take long for Real Madrid to get back to winning games.

Three days after seeing its perfect start to the season end with a draw in the Spanish league, Madrid beat Shakhtar Donetsk 2-1 in the Champions League to take full control of Group F.

Rodrygo and Vinícius Júnior scored a goal each in the first half as the defending champions cruised to a third straight victory in the European competition. The result at the Santiago Bernabéu Stadium gave Madrid a five-point lead over Shakhtar, which started the match with 11 Ukrainian players.

In the other group match, Leipzig defeated winless Celtic 3-1 at home to stay in third place, one point behind Shakhtar.

It was Madrid’s seventh straight group-stage win in the Champions League. It outscored its opponents 19-2 during that run.

Another goal for Pierre-Emerick Aubameyang. A first clean sheet. A comprehensive dismantling of the Italian champions in a must-win game.

The English team eased some of its early concerns in the Champions League by beating Milan 3-0 on Wednesday, with Reece James setting up Aubameyang’s goal and ruthlessly dispatching another at Stamford Bridge.

Picking up just one point from its first two games had left Chelsea in a sticky position in Group E, with a double-header against Milan having the potential to plunge Potter’s team into further danger.

However, Chelsea produced easily its best performance of the competition, going ahead through defender Wesley Fofana in the 24th minute with his first goal for the club since his $87 million move from Leicester in the last days of the transfer window.

Potter’s team was utterly dominant in the second half, with James crossing from the right for Aubameyang to poke in a second goal in the 56th. It was the deadline-day signing’s second goal in as many games, after scoring in the win at Crystal Palace in the Premier League on Saturday.

James, the marauding right wing back, completed the scoring six minutes later with the best goal of the lot, running onto Raheem Sterling’s pass and lifting a fierce shot into the roof of the net from a narrow angle.

Chelsea’s first win of the group stage ended Milan’s unbeaten start to it and lifted the 2021 champions above the visitors by virtue of its head-to-head record.