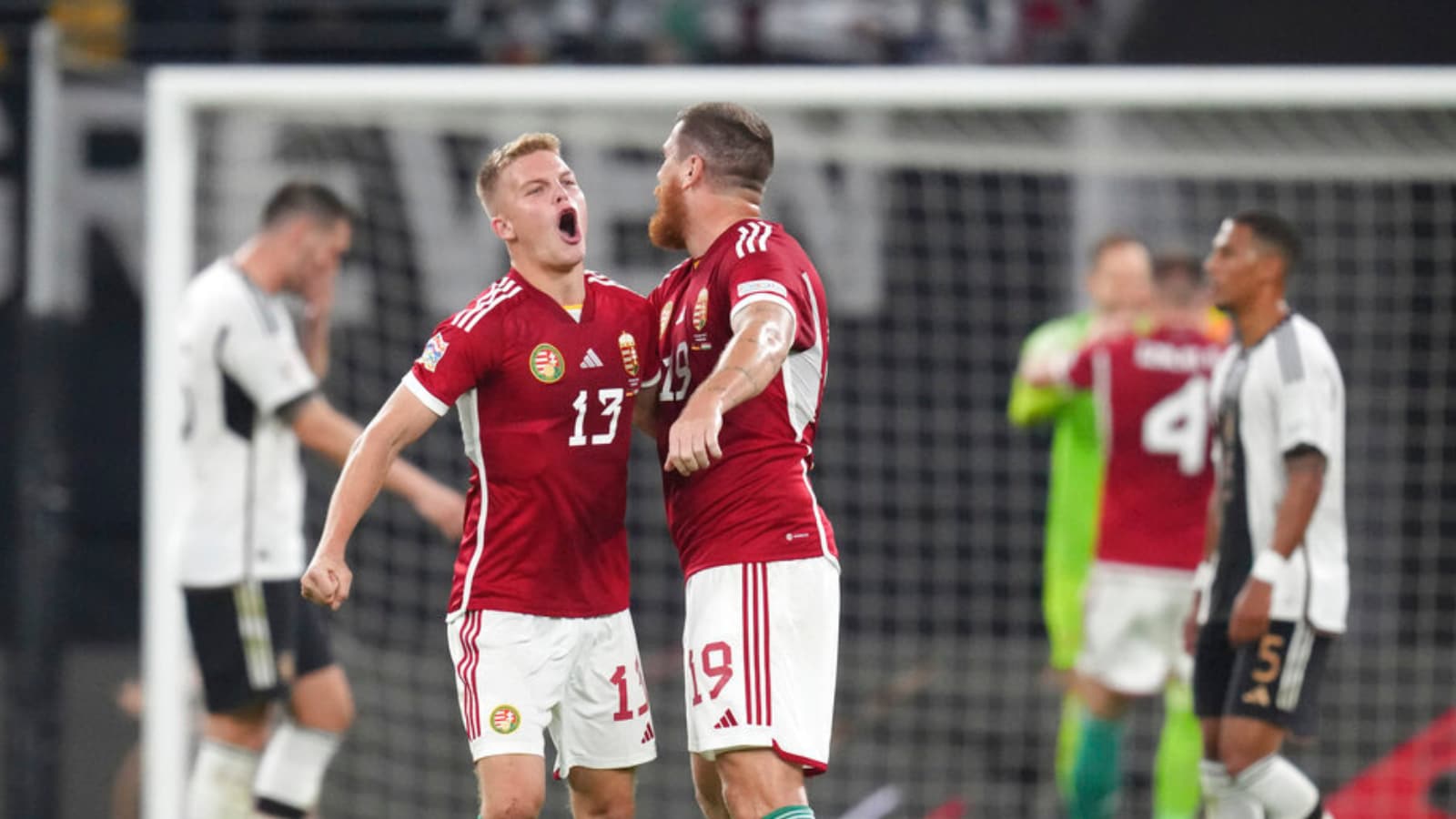 A superb first-half stiletto kick from striker Adam Szalai gave Hungary a 1-0 away win over Germany at Leipzig’s Red Bull Arena on Friday.

The win cemented Hungary’s position on top of the group standings, with the unbeaten side only needing a draw in their final match away against Italy to secure top spot.

Hungary’s Italian coach Marco Rossi said after the game: “Adam Szalai deserves all the praise” for the team’s victory.

“We can put a crown on our performances with a match against the Italians. It will be a special match for me.”

Szalai, who plies his trade at Swiss side Basel after a career which took him to five different Bundesliga sides, won Hungary a corner, forcing an intervention from Real Madrid centre-back Antonio Ruediger.

Leipzig midfielder boomeranged the corner goalwards, before Szalai skillfully clipped the ball into the net with his heel.

Germany had just one chance in the first half when Bayern forward Thomas Mueller lept high to meet Leipzig wing-back David Raum’s cross, but the ball was headed directly at Hungary keeper Peter Gulacsi.

The change freed up Gladbach’s Jonas Hoffmann, who started at right back, into his familiar attacking midfielder position.

The switch almost paid immediate dividends, with Hoffmann setting up Mueller to score an apparent equaliser, but the goal was correctly ruled out for a narrow offside against the Gladbach captain.

Germany continued to grow into the game, with Bayern forward Joshua Kimmich, Germany’s best on the night, inches away from a long-range equaliser in the 60th minute.

Despite the home side’s dominance in possession, Hungary remained dangerous on the counter, with only the fingertips of Germany goalkeeper Marc-Andre ter Stegen stopping Martin Adam from doubling the visitors’ lead after 72 minutes.

In the dying stages, Kimmich went close again with a skimming shot from the edge of the box on the 86th-minute mark, but the ball bounced wide of the left-hand post.

The loss was Germany’s first under former Bayern manager Hansi Flick, who had won nine and drawn four of his previous 13 games in charge.

Hoffman summed up his side’s performance simply after the game, saying Germany were “really shitty”.

After the match, Flick put a positive spin on the poor result.

“This doesn’t knock us down at all – we now know what it’s all about. This has opened our eyes,” Flick told German media after the game.

“We played a very poor first half, we had very little courage.

“It’s better to be annoyed now than at the World Cup.”

Kimmich said his side’s first-half performance was not up to scratch.

“In the first half, we didn’t perform and we lacked everything. We were far too slow in our passing game and made way too many mistakes.”

In the other game in the group on Friday, Italy ensured England will finish their Nations League campaign in last place with a 68th-minute goal from Giacomo Raspadori giving them a 1-0 home win over Gareth Southgate’s team.