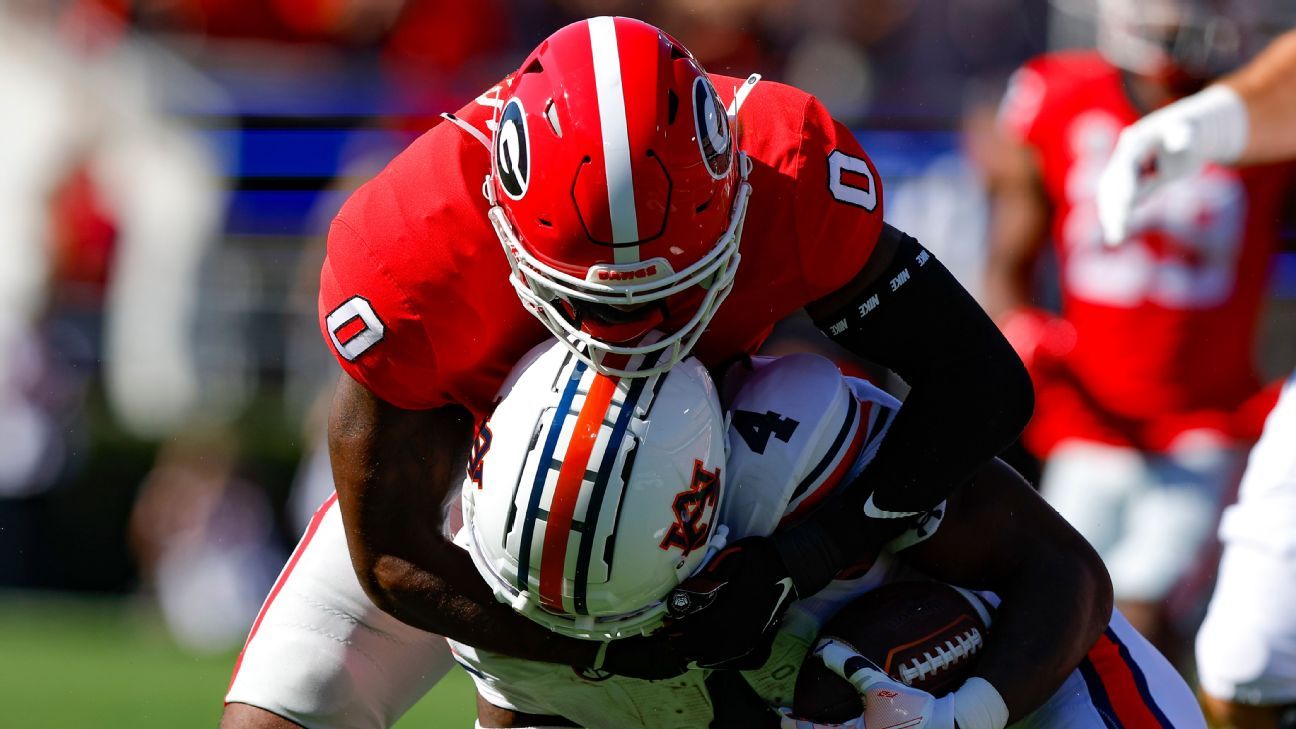 Georgia took back the No. 1 spot in The Associated Press college football poll from Alabama on Sunday after being bumped out last week by the Crimson Tide, who slid to No. 3.

The Bulldogs received 32 first-place votes and 1,535 points in the Top 25 to easily reclaim No. 1. They were just two points behind Alabama at No. 2 last week.

No. 3 is a season low for Alabama, which was preseason No. 1 but fell to No. 2 after Week 2. The Crimson Tide received 11 first-place votes.

There were two notable season debuts in the Top 25: No. 24 Illinois is ranked for the first time since 2011, and James Madison is in the AP Top 25 for the first time in its program history. The Dukes are playing their first season as a member of the Sun Belt in Division I college football’s highest level.

Clemson overtook Michigan and moved up to No. 4 as the Wolverines fell one spot to No. 5.

Tennessee moved up to No. 6, which is the best ranking for the undefeated Volunteers since No. 5 early in the 2005 season. Tennessee stumbled to a 5-6 and unranked finish that year.

USC fell one spot to No. 7, ahead of Oklahoma State. Ole Miss and Penn State held their places to round out the top 10.