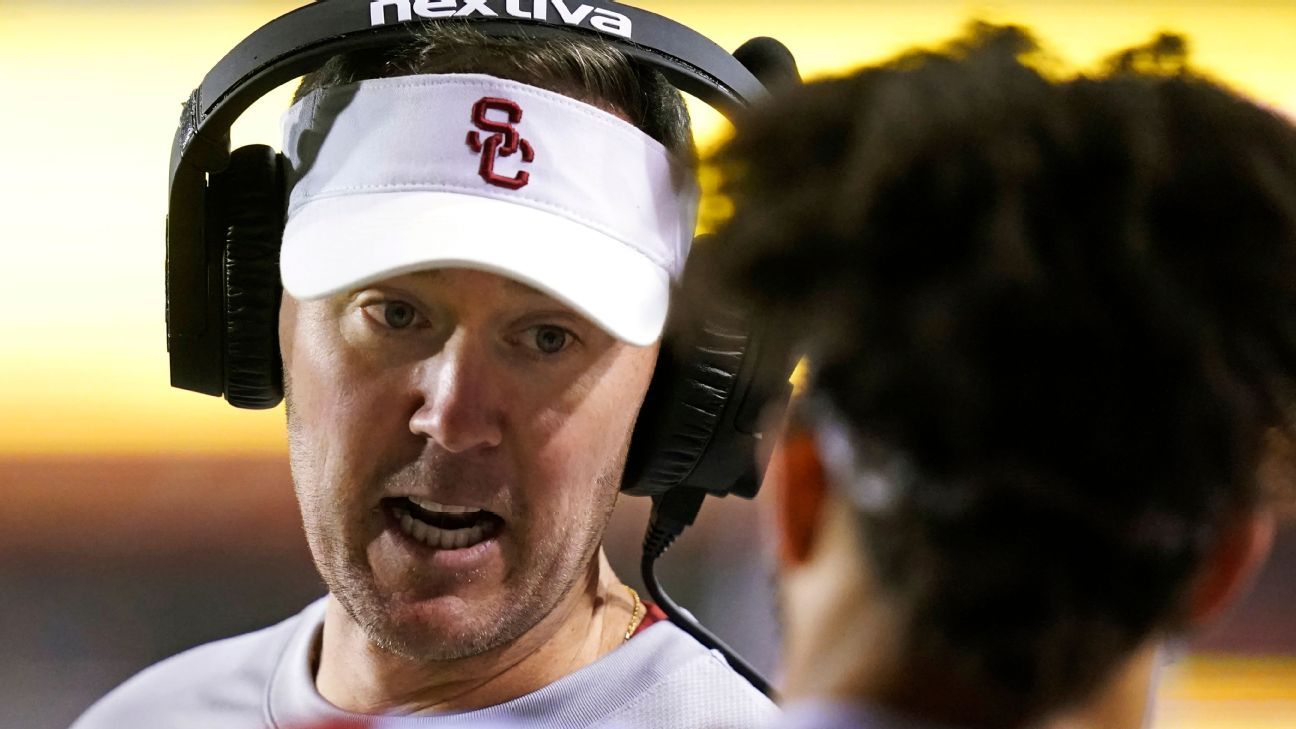 SALT LAKE CITY — Caleb Williams was feeling the salt on top of the wound. As the sophomore quarterback answered questions following No. 7 USC‘s first loss of the season — 43-42 to No. 20 Utah on Saturday night — he could hear the fans inside what had been a sold-out Rice Eccles Stadium still cheering.

“I hate losing,” said Williams, who accounted for 438 yards of offense. After the game, cameras showed him crying as he walked off the field. “I really hate it, so I had a little bit of emotion.”

The first loss of the Lincoln Riley era transpired in exactly the type of game the Trojans have expected to win given their high-powered offense: a shootout. But as mistakes and injuries piled up and Utah’s offense put up 562 yards, it became too much for USC to overcome.

“We didn’t play as clean on all three sides as we wanted to,” Riley said. “It came down to they made one more play, or we made one more mistake. We were one inch away on several occasions and, honestly, several times very close to running away with it.”

After USC led 21-7 in the first half and seemed to have the game in control, Utah unleashed a 36-21 scoring run that culminated in a touchdown and successful 2-point conversion by quarterback Cameron Rising that put the Utes up 43-42 with 48 seconds left. Riley said postgame he believed that was plenty of time for USC to win the game, but the offense failed to cross midfield as time expired.

“Until the last second, I thought we should have won the game,” running back Travis Dye said. “It’s a tough pill to swallow.”

On a night when USC’s offense still scored 42 points, USC’s defense could not keep up with the combination of Rising and tight end Dalton Kincaid (234 receiving yards), and the Trojans suffered self-inflicted mistakes on both sides of the ball. Those mistakes included plenty of flags. The Trojans had 12 penalties for 93 yards, and though the officiating was a topic of much discussion, Riley shied away from putting the loss entirely on that.

“The officiating was really poor tonight, but we still should have won the game,” Riley said. “You’re going to have some nights where the calls don’t go your way, and they certainly did not tonight. That’s not an excuse; it was just another thing we had to overcome.”

USC (6-1, 4-1) also lost two important starters to injury Saturday night. Both star wide receiver Jordan Addison and linebacker Eric Gentry left the game with apparent lower-body injuries. Both returned to the sideline without pads on, and Addison was carrying crutches. Riley did not offer an update on either.

The matchup against Utah (5-2, 3-1) had been much anticipated, one that Williams said he’s had circled on his calendar since before the season, one that Dye said was personal given he has never beaten the Utes in Utah. It was supposed to be a measuring stick for a Trojans team that hadn’t been tested by a ranked team yet, and in an ideal world for USC, it was supposed to be proof that this team could be turned into a legitimate contender overnight. Instead, the result left Riley and Co. seething and ready to suit up again.

Riley’s message postgame was one of leaning on experience. As he pointed out, he and some of his staff from Oklahoma have been in this position before and believe that this loss does not determine what the rest of the season might be.

When defensive lineman Nick Figueroa was asked how confident he was that USC could still accomplish all of its goals despite the loss, he didn’t hesitate.

Riley expressed the same sentiment. “If we handle this like I think we will,” he said. “We got a real shot.”

Riley and the Trojans now head into a bye week still hoping for a Pac-12 conference title and more — but without a margin for error.