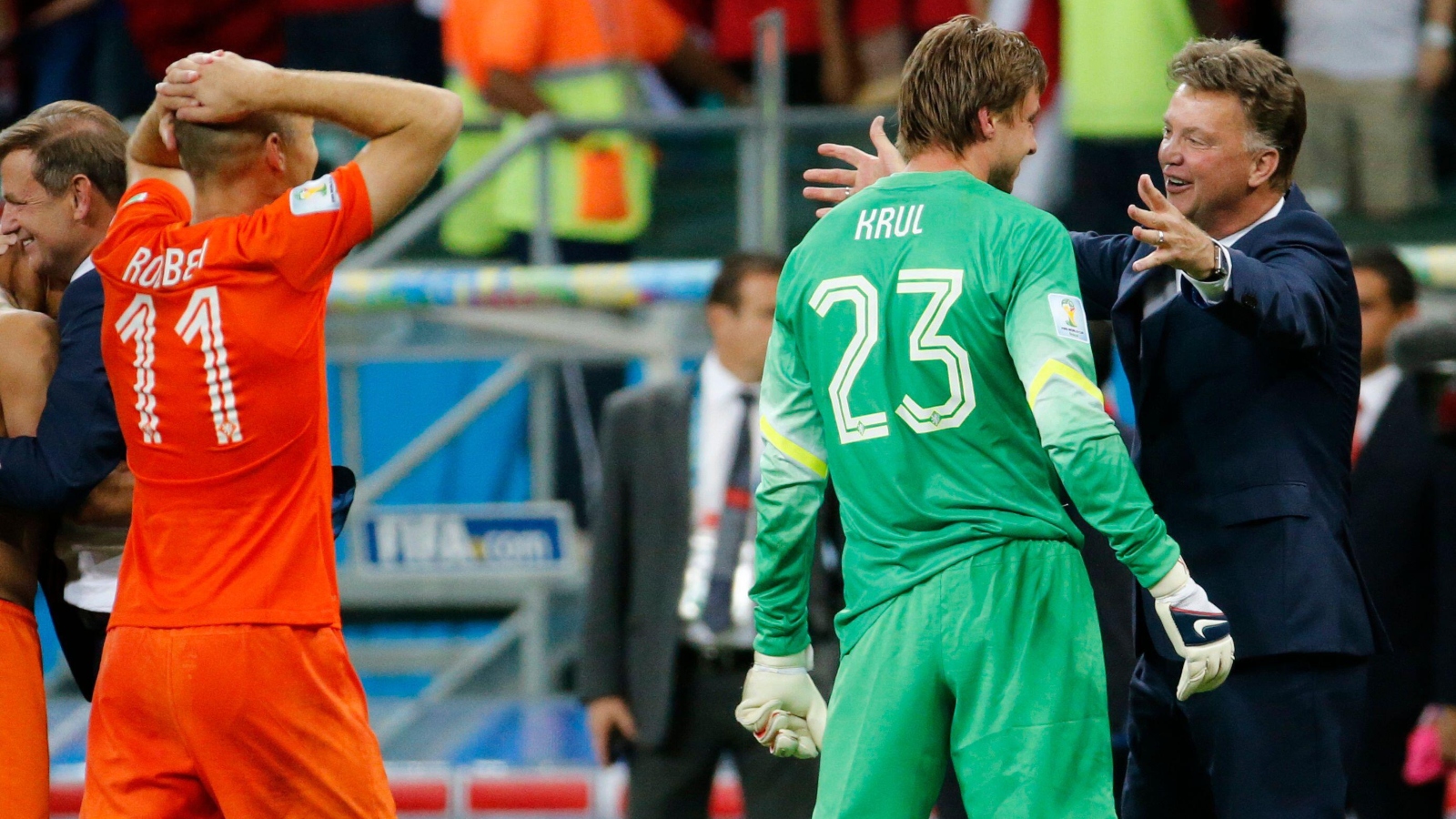 Tim Krul will not play for the Netherlands again after he declined to take part in penalty training, Louis van Gaal has confirmed.

The Norwich goalkeeper has been a mainstay in the Holland team since making his debut in 2011.

He famously came off the bench in the last seconds of extra time in his side’s 2014 World Cup quarter-final against Costa Rica, specifically to go in goal for the penalty shootout.

The Dutch shot-stopper would save two penalties as the Oranje won 4-3 on penalties.

The 34-year-old has 15 caps for his country and may not pick up another, as long as Van Gaal is in charge anyway.

Krul was not included in Holland’s most recent squad, but was invited to partake in a penalty training session during the international break.

He declined the offer, and the consequence of his decision is that he will not be called up again by the former Manchester United manager.

“Krul called me to tell me that he will pass,” Van Gaal told the media.

“I thought it was a shame, because I know that he stops the most penalties in terms of statistics.

“There is no future for him at the Oranje, because he did not want to come. That is the consequence of his decision.

“I’ve always thought that you can train a penalty kick.

“Not the moment and the pressure, but you can automate your process and that gives confidence.

“I have convinced the boys that they can do something with it, that players at the club will train for penalties.

“You cannot change the training policy at their club, but you can request them to practise their own penalty kicks.”

Van Gaal initially retired from management in 2019 but returned to take over his national team for the third time.

In April this year, the 71-year-old revealed that he was receiving treatment for prostate cancer.

Van Gaal will manage Holland at this winter’s World Cup before stepping down in December, surely ending his managerial career.

He is yet to taste defeat since succeeding Frank de Boer in August 2021.

Ronald Koeman will replace Van Gaal, taking charge of the team for the second time in his career.

It will be his first role in management since being sacked by FC Barcelona last October.

The 59-year-old Netherlands legend took charge of 20 Oranje games between March 2018 and November 2019.

He didn’t manage in a major tournament but guided Holland to the final of the Nations League where they lost 1-0 to Portugal in June 2019.