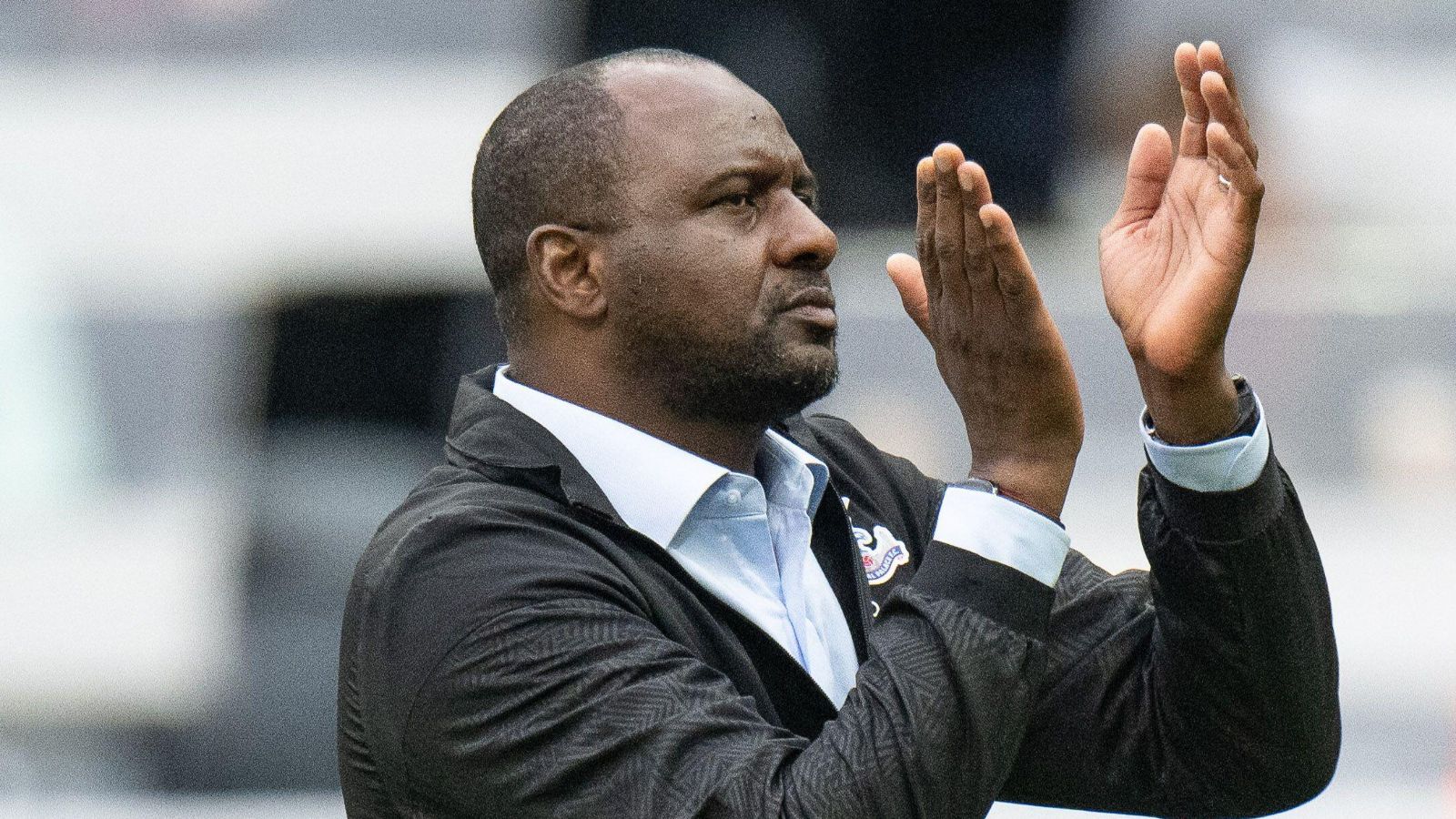 Patrick Vieira has admitted that Crystal Palace need a “mindset change” as they look to stop conceding as many goals late on in games.

The Eagles have conceded in the second-half in two of their last three games in the Premier League. This cost them points against Brentford and Chelsea.

This has left them in the position of potentially dropping into the relegation zone if they suffer a negative result against Leeds United on Sunday.

Vieira said: “It’s something we’re looking at closely to try to find the best way not to concede those goals, because those goals are stopping us from taking points that we deserve.

“When you look at our performances themselves, especially the last game against Chelsea, we deserved to get the points in that game.

“There are some mindsets we need to work on to change that. It is about coming from the bench, coming from me as well as a manager, but this is something we have to resolve if we want to win football matches.

“But, since I’ve been here, we’ve had issues with different parts of the game that we managed to work on and we will improve. I don’t have any doubt in that.”

The Eagles have won just one of their seven matches so far this Premier League season and enter the weekend in 17th place, though have a game in hand on a number of sides following back-to-back September postponements.

And they faced a tough test in the matches they did play, having already taken on Arsenal, Liverpool, Manchester City and Chelsea in their first seven contests.

Shedding any kind of nascent late-game hoodoo will be vital in a stretch that could see Crystal Palace pick up some points.

In the weeks before the World Cup, Palace will face a less gruelling onslaught of opponents, with a trip to Leicester on the schedule after hosting Leeds at Selhurst Park on Sunday.

Wolves will make the trip to south London before Palace meet Everton and Southampton, with the Eagles then visiting West Ham and Nottingham Forest before some of Vieira’s squad fly to Qatar.

“Of course, the first couple of games we played were against teams I believe will finish in the top part of the table,” he said.

“But, overall, it’s not just about the results that I’m looking after, it’s about the way we played and what we deliver in those kinds of circumstances.

“Every game we played I think we competed quite well against any team that we played so far. That’s not going to change.

“We want to compete, we want to play well. We want to win games regardless of who we are going to play and, of course, the challenges will be different from one team to the other, but it’s still going to be a tough game because, of course, winning Premier League games is not easy.”