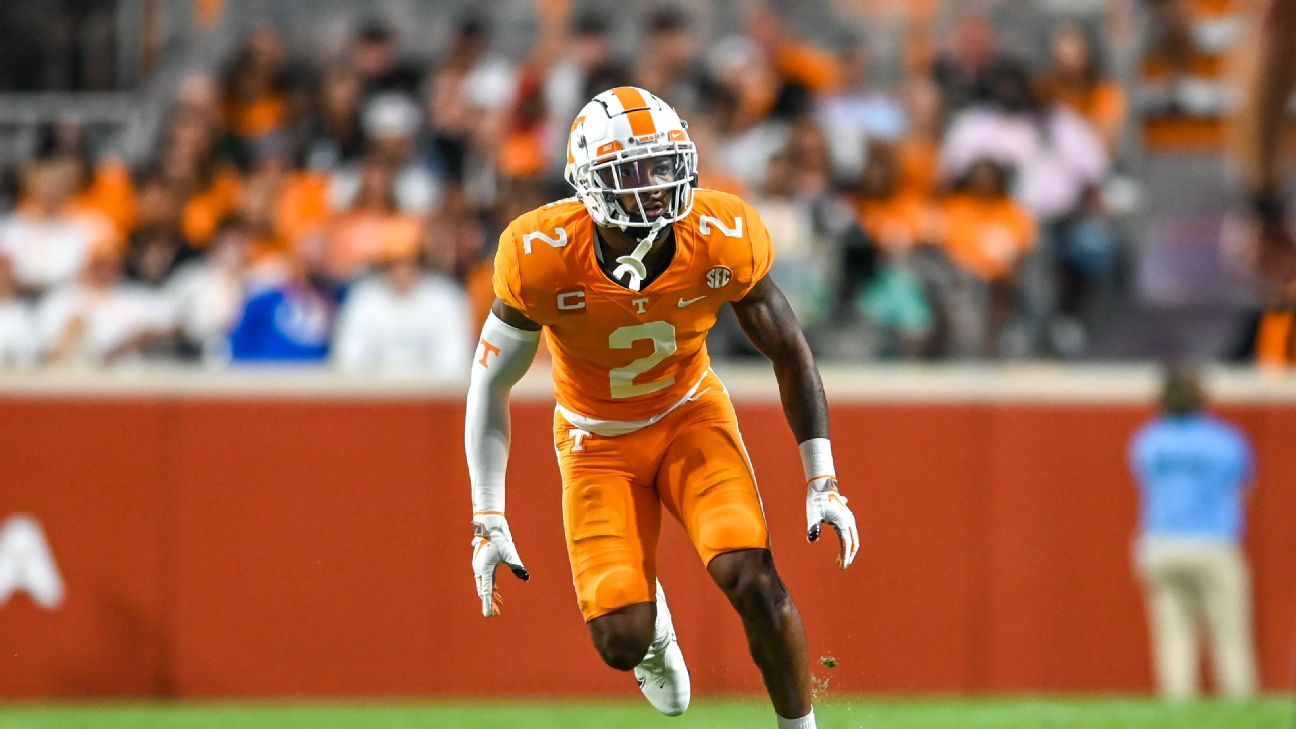 According to a Knox County Sheriff’s Office arrest warrant, officers responded to a call at 3:28 p.m. ET on Sunday. A man told officers that he had been drinking with friends in an apartment and left to retrieve items from his car. He accidentally returned to an apartment in the wrong building, knocked on the door and no one answered.

The man told police that he opened an unlocked door, realized he was in the wrong apartment and apologized to the residents. After leaving the apartment, a man followed him and became aggressive, according to the victim.

The arrest report noted that the victim “apologized again and told the male, ‘He didn’t have to be a [expletive] about it.’ As he was walking away, he heard footsteps behind him. He turned around at the top of the stairs approximately 30 feet from the door and was punched in the face. He fell backwards down the stairs and lost consciousness.”

When the victim regained consciousness, according to the report, a different man and woman were helping him to his feet. Officers noted that there was blood on the staircase. The victim had blood and swelling on his mouth and multiple missing and broken teeth, according to police.

Officers attempted to contact the residents of the apartment, but no one answered the door. Officers found the woman who had been helping the victim in a car in the parking lot, and she identified herself as McCollough’s girlfriend.

She called McCollough back to the scene, according to police, and his right hand was in bandages with blood soaking through the bandage. McCollough, 21, didn’t answer officers’ questions and was arrested.

McCollough, from Austell, Georgia, was released from jail on Monday morning, according to the Knox County Sheriff’s Office.

A Tennessee spokesman declined comment to ESPN on Monday. Volunteers coach Josh Heupel is scheduled to speak with reporters at noon ET on Monday.

McCollough, a four-year starter for the Volunteers, is tied for fourth on the team with 23 tackles this season. He was credited with seven tackles in Tennessee’s 40-13 victory at LSU on Saturday.

The No. 6 Volunteers host No. 3 Alabama at Neyland Stadium on Saturday.