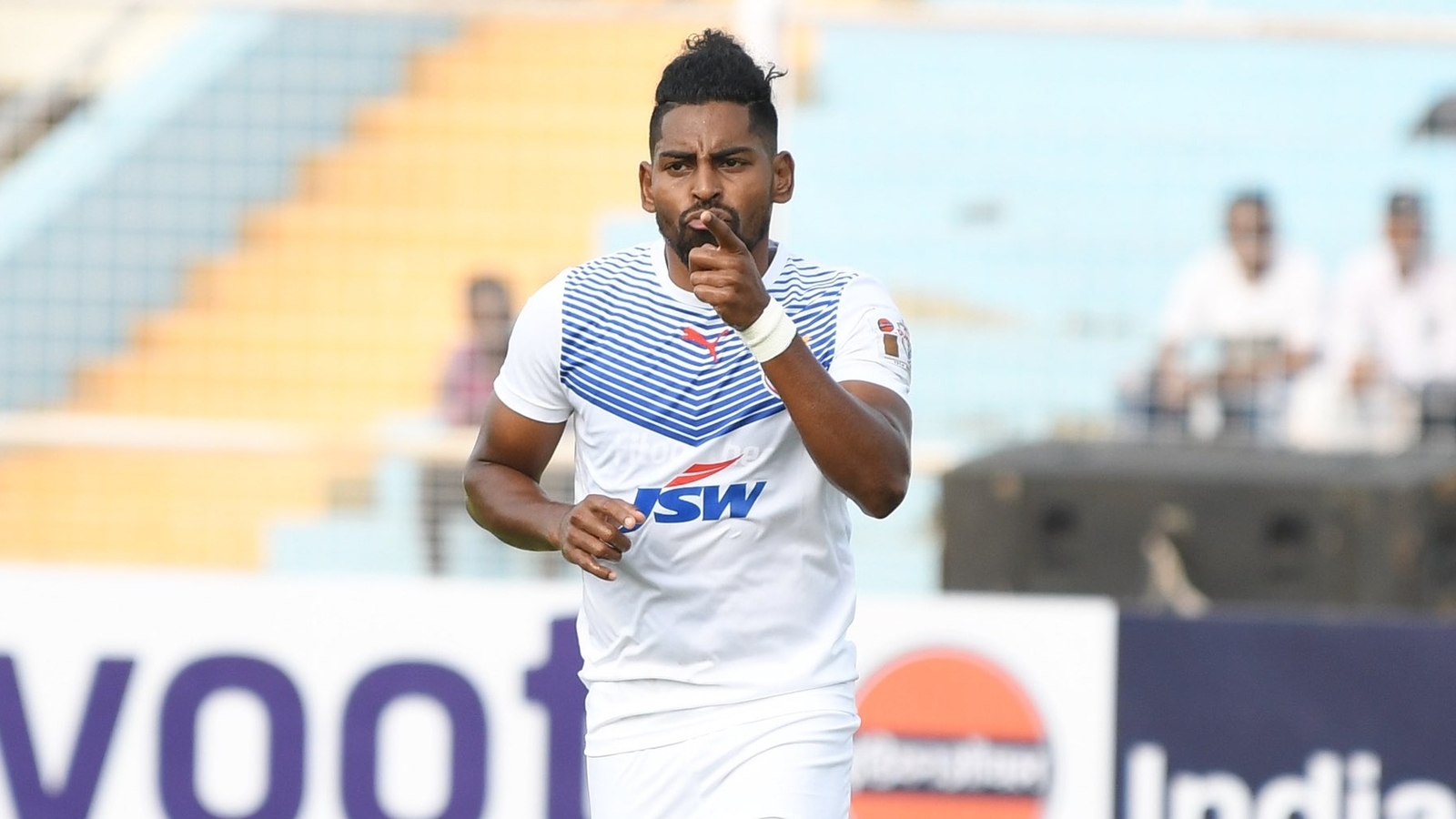 “Oh man! What a player we have signed.” Sunil Chhetri couldn’t resist exclaiming when asked about Roy Krishna. “I was really surprised when it appeared that he might come to us. Because I was thinking, here is the best No.9 in the league and we have a chance to sign him,” he said one day before Bengaluru FC (BFC) begin the ninth season of the Indian Super League (ISL), at home to NorthEast United.

Krishna, according to the Bengaluru FC captain, speaks “better Hindi than I do” and is a great team man. The Fijian is greedy for goals and gets annoyed when he doesn’t score. “The top players don’t let it show. Roy is one of them. And I would like to believe I am too. Play me right back and I want to score. That is how we will push each other.”

In 60 ISL games, Krishna has 54 goal contributions (36 goals and 18 assists). In that time, Chhetri managed 24 in 47 games (21 goals and three assists). They have a combined age of 73 but there can be no let-up in intensity because “Siva and Harman are doing well in training and Prince can’t wait to start.”

Siva is Sivasakthi N who scored five goals in the Durand Cup; Harman is Harmanpreet Singh who, having graduated from Indian Arrows, moved to Bengaluru FC in 2021. Sivasakthi and Singh are 21 and both got some ISL minutes last term. And Prince is Prince Ibara, a 26-year-old Congolese striker.

Starting on the bench in eight games last term and not being used in one, Chhetri knows all about being pushed. “I was angry at myself because I gave the coach the opportunity to drop me. I missed two penalties (v Mumbai City FC and Odisha FC) and sitters in successive games. A lot of times when BFC do well, I do well. So when I sh*t in three games, I knew I would be on the bench…One game I didn’t even play. It kills me.”

Chhetri said a combination of starting at home after two years, new signings and winning the Durand Cup – a first for the captain and the club−in the build-up has led to him feeling “the buzz.”

“Winning a trophy gives you a lot of confidence. Winning it without losing a match was very important. Getting seven good games before the ISL has its own importance,” the BFC and India skipper said over the phone on Friday.

Chettri said BFC have not spoken of the tweak in rules that keeps the sixth team in contention for a play-off berth. But he agreed with Kerala Blasters’ coach Ivan Vukomanovic that some ISL games become meaningless. “If there are two teams fighting for the top place and one of them is playing us, and we are third or fourth, and the other is meeting a team that is 11th and with no chance of progressing, that team gets an unfair advantage.”

The solution? “Relegation and promotion. I do not mean to pressure the league by saying this because I know what the dynamics were when it was formed and what they are now. But I can’t wait for it to come,” he said.

A conversation with Chhetri usually has club football segueing with what is happening with the national team. Especially if it is happening soon after India games. Chhetri said he was angry that India were not at 100% against Singapore which ended 1-1. “We missed chances because we were 90%. Scoring is not entirely on the finishing; it is also a reflection of how badly we wanted it. (In the Asian Cup qualifiers at home) Against Afghanistan, Hong Kong…we wanted it bad. Most teams we will face will be miles ahead in terms of skills and individual brilliance so we cannot not turn up.”

Against Vietnam –“possibly the most improved team in Asia over the past five-six years,” he said−India had a good first 45 minutes but were let down by individual mistakes. “But we will not lose by three goals against Vietnam every time.”

In his career, Chhetri has seen Vietnam go from a team he scored a hattrick against to one that beat China, drew with Japan and lost narrowly to Australia. “This batch has been together for the five-six years… They are quick, very easy with the ball, everyone has a good touch. There is a lot to learn in this for India,” he said.

India don’t play till next March so Chettri’s focus in on ISL. “I want to win it,” he said. “We need to start well because this is not a league of 40 games. The bare minimum, and I don’t know if this will put pressure on the team, is be among the top four, err, top six.”