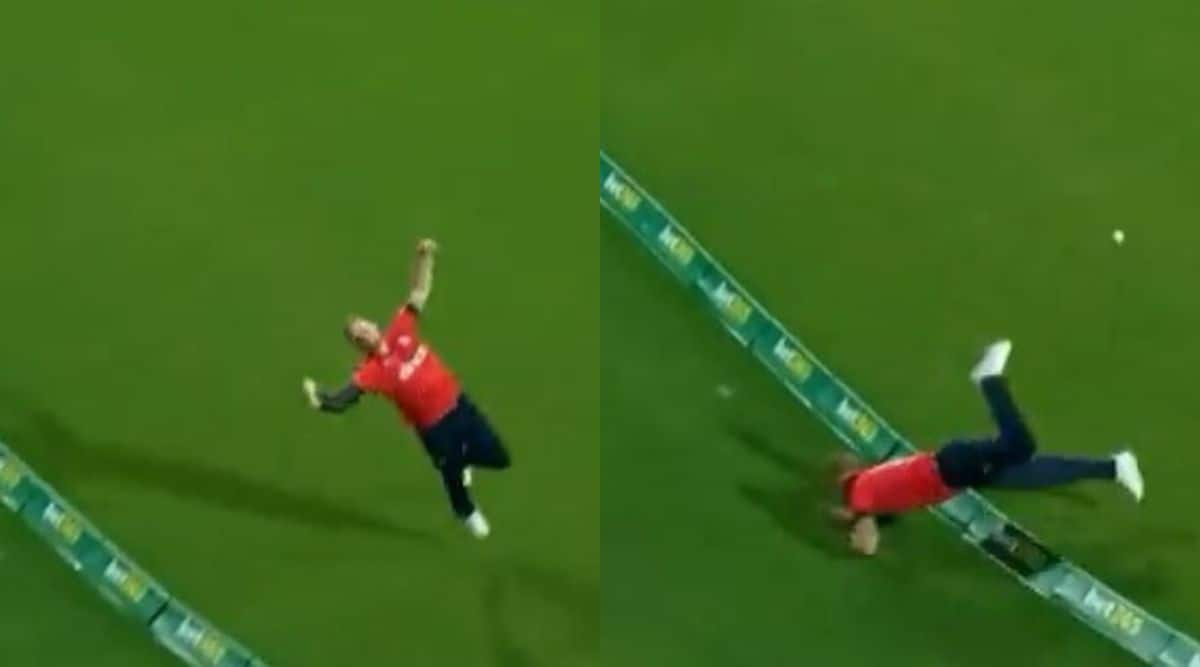 Which team won’t want to have a player such as Ben Stokes in their lineup? He can score runs with the bat. He can take wickets with the ball. And when he isn’t occupied with the other two, he can assist his side with fielding.

In the second T20I between England and Australia, the 31-year-old did the same. In the 12th over of Australia’s chase, Stokes managed to save four runs at long off after he leaped to throw the ball inside the boundary line. Here, have a look at the moment.

In a win that was separated by only eight runs, the effort can now be seen as a big moment in England taking an unassailable 2-0 lead in the three-match series.

Earlier, after being put in to bat England posted 178 in their quota of 20 overs. David Malan was the highest run scorer with his 49-ball-82 while Moeen Ali provided the finishing touches with his 27-ball-44.

In return, Australia could only post 170 as Sam Curran orchestrated a successful defence in Canberra with his three-wicket haul. England had also won the first T2oI in Sydney by an eight run margin. The last match of the series will be played on Friday, October 14.

Post the T20 World Cup, the two sides will face each other in a three-match ODI series in Adelaide, Sydney and Melbourne starting November 17, 2022.