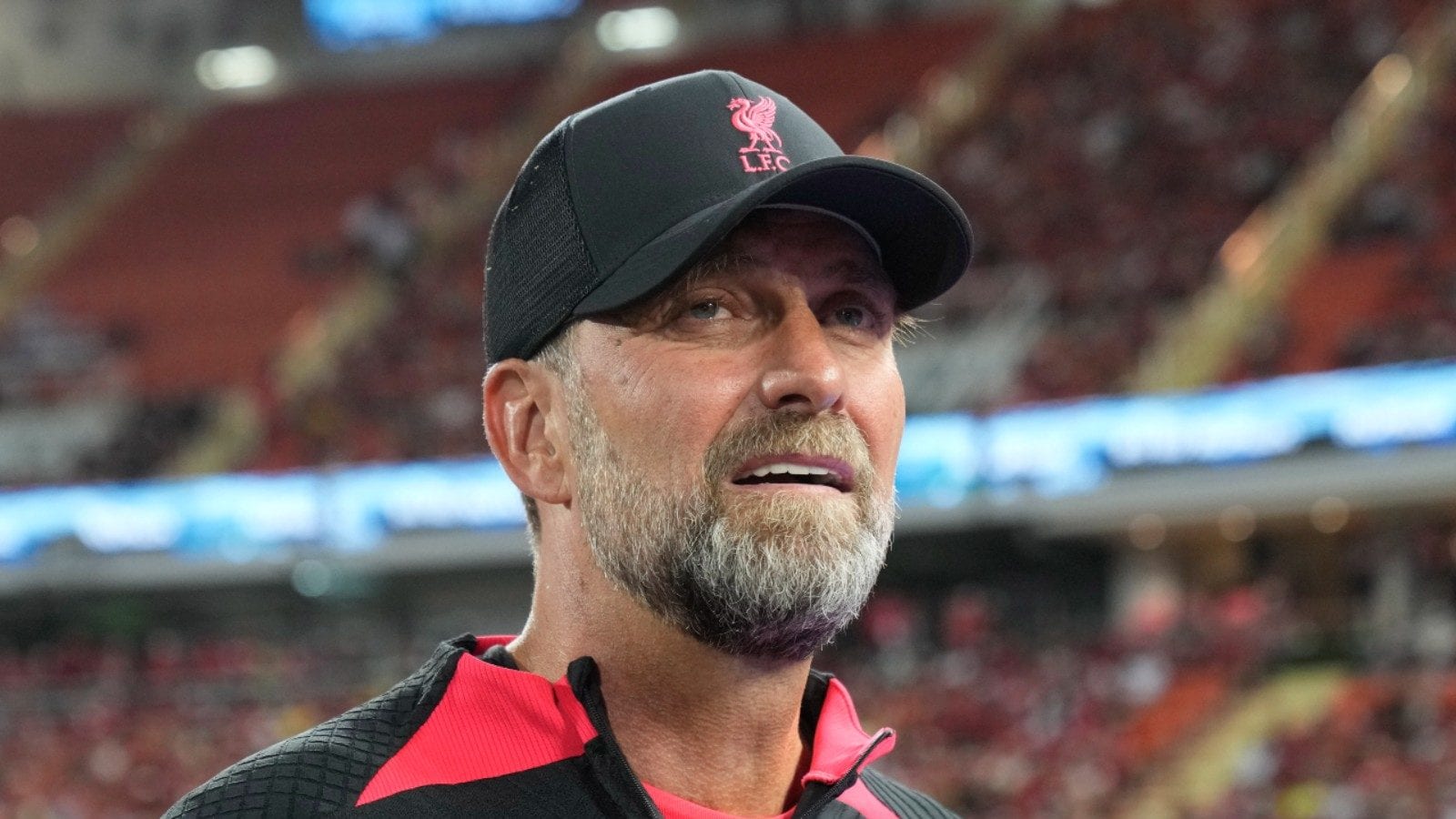 English giants Liverpool FC have had an abysmal start to the ongoing season by their lofty standards and Jurgen Klopp, the German mastermind behind the club’s recent domestic and European successes, has had a difficult opening couple of weeks.

But, the former Borussia Dortmund manager who rekindled the latent Liverpudlian spirit that lay dormant for over three decades due to a lack of league success is well aware of the complexities of the game and that the ups and downs of the sport are part and parcel of the spectacle.

The 55-year-old is in absolute touch with the reality of their situation and he gracefully accepts the perplexing circumstances for what it is.

“Sure, these are the right words, but understand that nobody is thinking, wow, they are flying. That’s obvious. We have had our problems, different problems, and so far, it’s definitely not the season we wanted to play,” begins Klopp when questioned about thier unusual start to the season.

Klopp, who guided Liverpool to the 2019/20 Premier League title, cites his upcoming games as an opportunity to correct his side’s errant ways this season.

“But you always have a chance for changing that. And our next opportunity to do that is obviously the Rangers game. And then tomorrow night, and yeah, that’s what we are trying to kind of stand house at.”

The ever-reliant goal source for Klopp at Liverpool has been the presence of Mohamed Salah, who dazzled the Premier League season after season since his ‘re-debut’ in England in the year 2017. Multiple golden boots, Champions League trophies, domestic cups and the much-awaited English League trophy have all been brought to Merseyside courtesy of the Egyptian’s performances in the recent past.

But, Salah has been rather quiet ever since the start of the current season and that has had a profound impact on the team’s results.

When asked if it was due to a change in the strategic positioning of the left footer within the team, Klopp says, “The position has not really changed and what he has to do hasn’t changed. It’s just how it always was when we don’t play our best football, then we have been too static. That means when we are static, it’s a bit more often outside wide.”

“There are always moments where we have to be outside, but the goal is a bit more central, so you need to be there as well. And so the observation is not wrong. But we work on flexibility in that area too,” he explains.

Liverpool have been hampered by the growing list of injuries amidst their ranks this season and the German manager has been forced to rotate his squad more than he has in past campaigns.

As unhelpful as the layoffs have been, Klopp understands that such events are commonplace, however unfortunate.

“But that’s rather a strength I think. We did rotate a bit last season too. So that’s probably a misjudgement. We changed! We changed a lot and had to change a lot last season,” he continued.

“This season. We couldn’t change it as much as we wanted, because players were not available but now they’re all coming back slowly but surely, and that will help us for the next few months,” a hopeful Klopp said.

The German’s preferred high-pressure, high-intensity ‘Gegenpress’ style of play has come to define the Reds’ approach to football in modern times more than any other philosophy. When queried if the style he has made spiritually his own has evolved over the years, the former Mainz gaffer says “I think the idea of pressing didn’t change. It is to put your opponent under pressure. It says that you can be dominant even when your opponent has the ball,” Klopp clarifies.

“You only allow them to pass the ball the way they believe to have spaces. These are what we call ‘traps’ where you can win the ball back. And you have to do it in plenty of different ways as you can never do it the same way all the time. It’s never totally just one particular play involved.”

“In those extra holes, the whole unit is involved in the compact formation for the job. If you watch a few games of us then you see a few really good moments where you can understand how pressing has to look,” Klopp elucidated.

https://www.youtube.com/watch?v=lMahvLGjP7o” width=”942″ height=”530″ frameborder=”0″ allowfullscreen=”allowfullscreen”></iframe> <p>Being drawn into a competitive group in the UEFA Champions League this season along with the likes of Napoli, Ajax and Rangers, has posed a new challenge to the German and his team.</p> <p>The English outfit suffered a hammering at the hands of Napoli in Italy before they could notch up wins against Ajax and Rangers. Liverpool are scheduled to take on Rangers again in the reverse fixture, this time in their own backyard, next.</p> <p>“It is a tough competition and we have a tough group here but we realized our shortcomings. Napoli, obviously, is the stand-out team at the moment in the group and in Italy, they were really flying. Ajax has a sensational, talented bunch of players and Rangers is new in the competition.”</p> <p>“We all know the two results they had, which I would say are rather normal, because against Napoli is a tough cookie and playing at Ajax is really hard as well.”</p> <p>“So yeah, we expect them to be really strong and fighting for results and that’s what we have to do as well.”</p> <p>“Then we’ll see what the outcome will be but UCL groups were always difficult. Last year was okay, but the year before, when we already won the Champions League, I think we came on one wheel through the group.”</p> <p>Klopp signed off by saying that he is taking the UCL challenge one game at a time and does not worry about the deep end of the elite European contest.</p> <p>“I just want to play the game tomorrow night, get the best possible result for us and then we’ll carry on from there.”</p> <p><em><strong>Said on Sony <a href='https://www.news18.com/sports/'>Sports</a> Network, the official broadcaster of the UEFA Champions League in India</strong></em></p> <p>Read all the <a href=Latest Sports News and Breaking News here