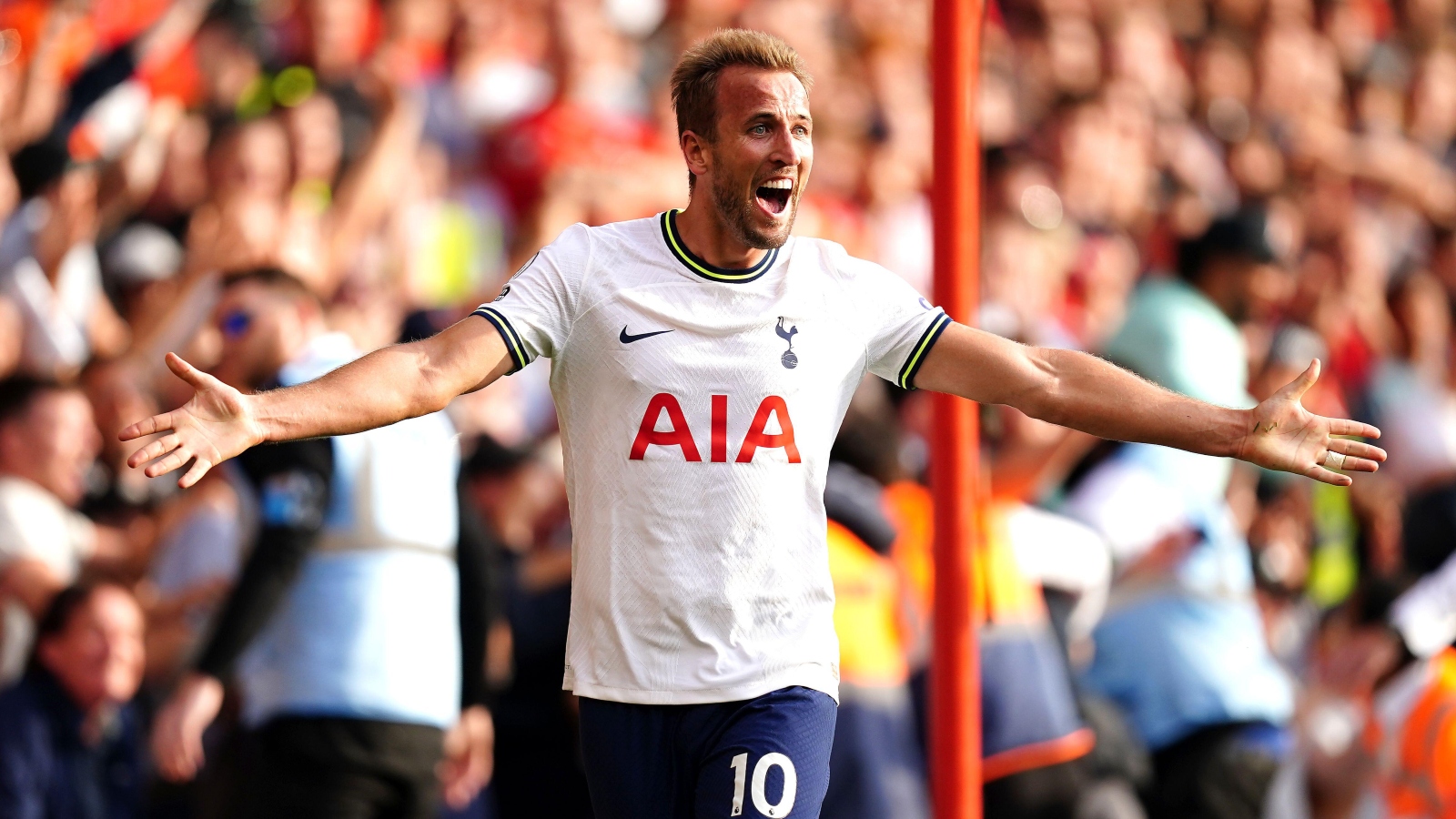 Alan Shearer – or at least his ghost-writer – has delved deep into xG to claim that Harry Kane would match Erling Haaland’s goalscoring record if he were in that Manchester City side.

Haaland has started his City career with a ludicrous 15 goals in nine Premier League games while Kane has scored eight goals in the same time period.

It must be particularly galling for Kane, who had tried in vain to join City last year only to be priced out of a move by Daniel Levy.

Now Shearer has said – in a column for The Athletic – that Kane would have logged similar numbers if he were at City.

‘If Harry was in this City team, he would be scoring as many goals as Erling has.

‘This is dreamland for any top forward. I’ve said it all along — a top goalscorer in this City team should score 40 goals. If Erling stays fit then he’ll get that and maybe even some more.

‘Harry’s record tells you that he would do that, too. There’s no doubt what Pep thinks about Harry and what the vast majority of other people think about him as well. He is a top goalscorer: he’s got eight in nine league games so far, which we’d be talking about a lot more if it wasn’t for Erling.

‘That’s in a team where he also has to do a lot of the creative work. At Spurs, Harry will go deeper, which he quite enjoys doing, to link up with Son. Erling doesn’t — he’s not that bothered about being involved in the game. He just wants that one opportunity. Then another. And another.

‘He doesn’t have to do the other stuff because the creativity is elsewhere. Whereas at Tottenham that creativity — certainly from the midfield — is not always there.’

Shearer then goes on to cite xG, saying: ‘So far this season, Erling’s xG — the number of goals he would be expected to score from the quality of chances he’s had — in the Premier League is 9, whereas Harry’s is 6.1.

‘The non-penalty difference is even more stark: 8.2 vs 4.5. Digging down further, Erling’s non-penalty xG per shot is 0.22, while Harry’s is 0.15. In short, Harry is being provided with lower-quality chances than Erling.’

What Shearer neglects to mention is that Haaland has still contrived to score 5.8 more non-penalty goals than his xG, while Kane is ‘only’ over-scoring by 2.5 goals. Both are having excellent seasons but it’s clear that the Norwegian is truly excelling.

‘If you put Harry in that City team, they would encourage him to stay up top more rather than coming deep to get involved in the game. I don’t think they would have taken that away from him totally, but they would want him to be more of a focal point,’ continued Shearer.

‘They’ve got other players who can do the stuff he does when he drops deep: Bernardo Silva, Kevin De Bruyne, Phil Foden, Jack Grealish, Riyad Mahrez. There would be no need for Harry to come as deep as he would at Spurs or even with England.’