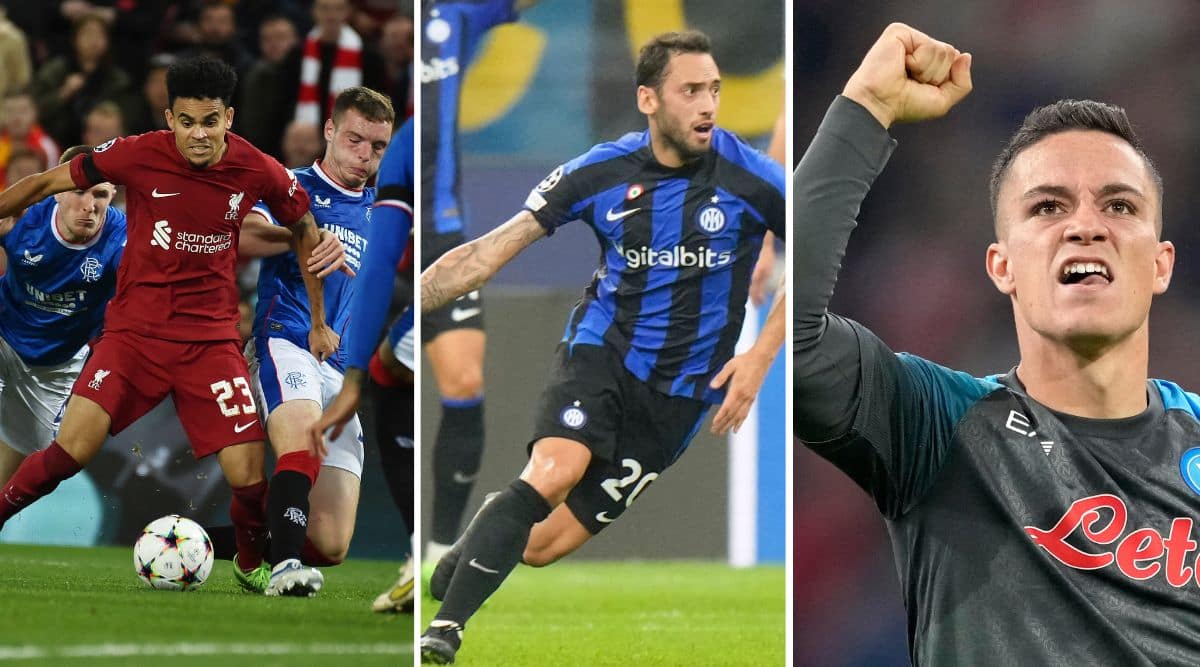 Trent Alexander-Arnold’s attacking qualities came to the fore as his seventh-minute strike set Liverpool on course to a totally dominant 2-0 win Tuesday against Rangers in the Champions League felt significant. His joyous celebration was a release of tension for a player whose World Cup place looks in serious jeopardy.

Whether this performance will be enough to convince England manager Gareth Southgate to include him in his squad for Qatar remains to be seen – but, for Jurgen Klopp, Alexander-Arnold is pivotal to Liverpool’s recovery from such an uncertain start to the season.

For Klopp, there was a sense of relief, after recording back-to-back wins in the competition and the chance to build some momentum and confidence. Liverpool remained three points behind Group A leader Napoli, which beat Ajax 6-1.

It’s advantage Inter Milan in what has been billed the fight for second spot in Group C.

Hakan Çalhanoğlu scored the only goal of the match in first-half stoppage time as Inter beat Barcelona 1-0 in the Champions League to move second behind Bayern Munich, which seems set to run away with the group.

Both sides also had goals disallowed and Barcelona hit the post, while the visitors also felt they should have had a penalty right at the end of the eight minutes of stoppage time. Inter defender Denzel Dumfries appeared to handle a cross when trying to head the ball away, but images from a different angle suggested Ansu Fati got his head to it.

Bayern routed Viktoria Plzeň 5-0 earlier to maintain its perfect start to the competition and it has also yet to concede a goal.

That leaves Barcelona and Inter seemingly fighting it out for second spot and the battle will resume at Camp Nou next Wednesday.

A rampant Napoli condemned Ajax to its worst defeat in the Champions League on Tuesday, a 6-1 thrashing that maintained the Serie A leader’s perfect start in the group stage.

Napoli’s unrelenting high pressing forwards and midfielders never gave Ajax time to build up from the back and forced defenders to repeatedly turn over the ball, creating chance after chance for the visitors.

The rout surpassed Ajax’s previous worst result in Europe, a 5-1 defeat by Bayern Munich in 1980.

Napoli, which recorded its biggest away win in Europe, has now scored 13 goals in three Group A matches this Champions League campaign.