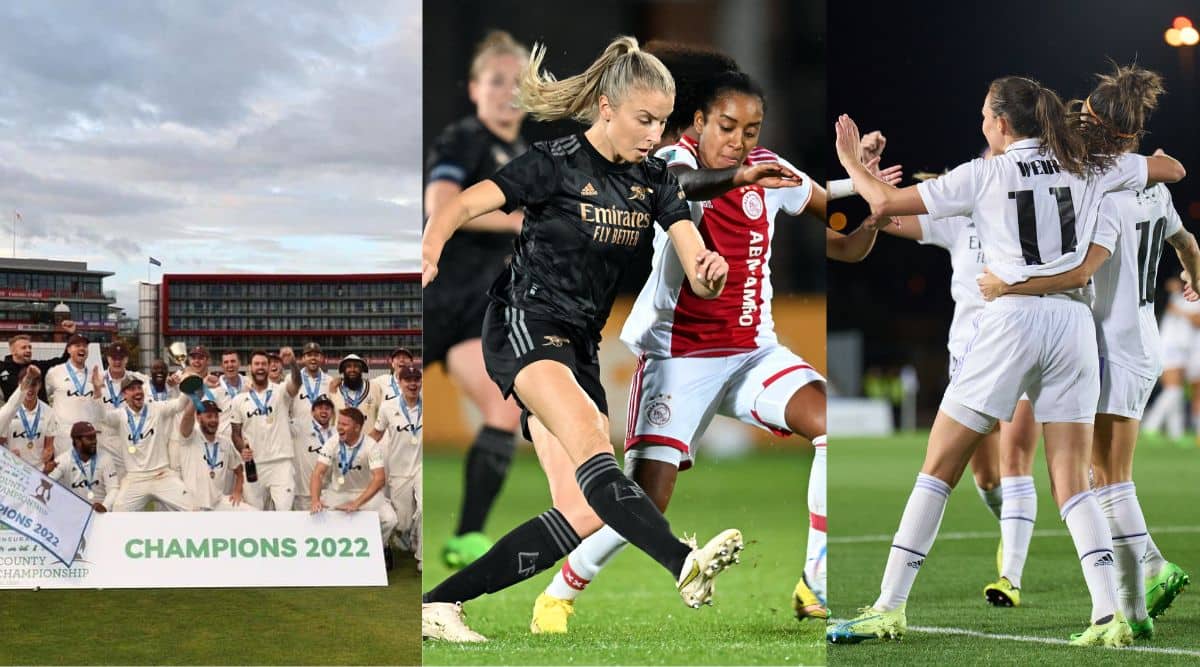 Surrey finished their 2022 County Championship with a resounding defeat of an innings and 130 runs by the hands of Lancashire but got to lift the trophy at the end of it, having already gained lead over their final competitors as well as the others in Division One.

In their 14 games, Surrey had registered eight wins and five draws before being handed their sole defeat of the season. This was the 21st title for the cricket club that has also shared one title (with Lancashire in 1950).

Lancashire finished second in the points tally with 225 points owing to seven wins, six draws and one defeat. Just one point behind them was Hampshire with nine wins, three loses and one draw.

🔴 Arsenal go through thanks to a goal in the second half from @VivianneMiedema 💥#UWCL // @ArsenalWFC https://t.co/ZeTFWanxej pic.twitter.com/s9DQWHQesx

The London club that had finished second in the FA Women’s Super League last season had played a 2-2 draw last week against the Dutch club. In the away leg, a sole goal from Vivianne Miedema six minutes after the half time turned decisive as the Jonas Eidevall managed side made it to Europe’s premier club competition’s group stages.

“What I was most disappointed about in the first game is that we gave away so many goal scoring opportunities,” he said afterwards. “Ajax is a good team who play very aggressively. But we weren’t up to our standards defensively last week, this week we were much better.”

Star summer signing Caroline Weir and Athenea del Castillo scored in response to Emilie Nautnes’ early strike to complete a 2-1 win at home for Real Madrid and round up a 5-1 aggregate against Rosenborg to qualify for the Women’s Champions League group stage.

Madrid, who had knocked out WSL club Manchester City in the earlier qualifier, were too good for the Norwegian club over the two legs.

The Spanish capital based club had finished Primera Division 2021/22 third in the points table behind Barcelona and Real Sociedad.